A couple of my chums came along to my hut for a game. I surprised them with a Cotton Wool Ball Battle which hasn't been played for a few years. In fact one of them had not played it before. 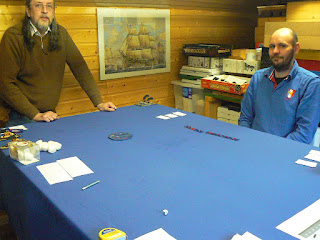 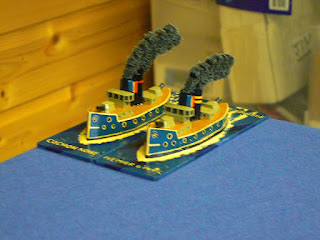 The French squadron commanded by Admiral B consisted of the Cochon Noire and the Premier D'April. 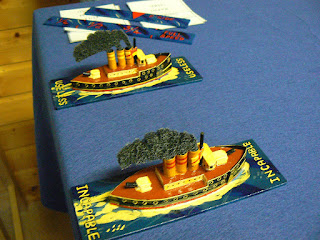 The British squadron was made up with Useless and Incapable and was commanded by Admiral H. 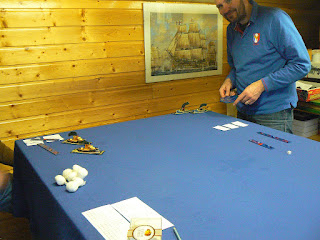 The French crept cautiously from their corner while the British boldly headed for the centre of the battle area.

Admiral H gentlemanly held his fire (probably finishing his tea) while the French commander had no problem getting stuck in. 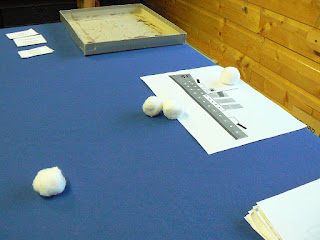 As you can see his opening salvo was devastatingly inaccurate! 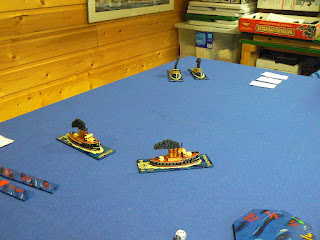 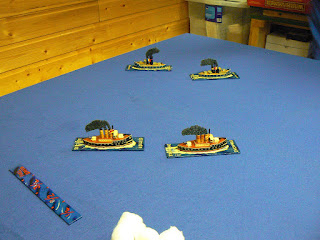 The French perform the famous 'you go this way and I'll go that way' naval tactic. 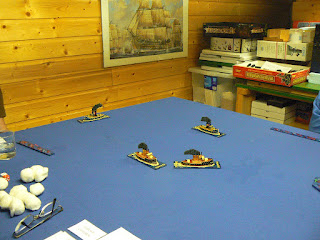 This allowed Admiral H to concentrate his fire on the Premier D'April. 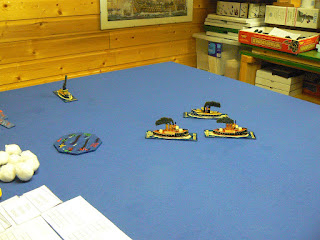 Horribly outgunned the Premier D'April turns back to rejoin her comrade Cochon Noire. 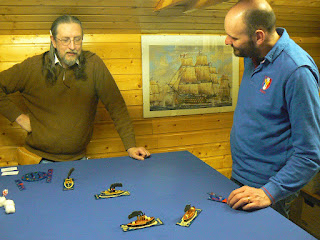 We paused the game at this point to review the game mechanics and came up with a revision of the target template. 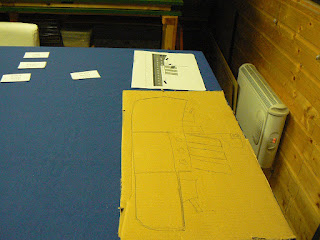 I hastily redrew the template on a handy piece of cardboard making it much larger. We also discussed adding a third dimension to the target in the form of little boxes around each of the target areas to catch the cotton wool balls as they hit the target. Its construction will have to wait for a later day. 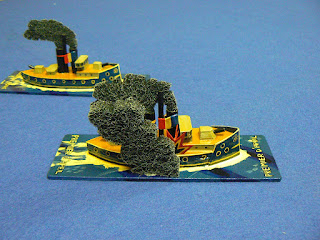 Premier D'April was beginning to suffer by this time, reduced to half speed although her fire power was undiminished. 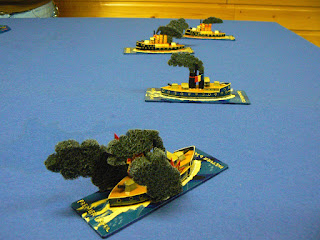 Damage continued to accumulate on her taking her down to quarter speed. It wouldn't take much more to stop her dead. 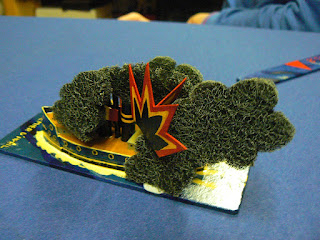 A final hit on the bridge made her uncontrollable as she limped homewards covered by her erstwile comrade in arms Cochon Noire. 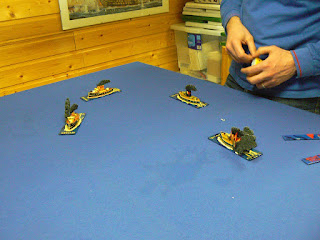 The Useless had taken severe damage to her brasswork and oak planking so Admiral H decided to head home in time for afternoon tea. Meanwhile the Admiral B thought 'Lutter contre un autre jour'.
Posted by Jim Duncan Wargamer at 11:55