Since the main purpose of my vacation is largely Rest and Recreation I have very little to report but here goes.

We spent most of our time at the poolside but we did venture out to a neighbouring city for a change of scene. The city we chose was St Cloud which is largely residential with a bustling main street and a lakeshore boulevard which is nice to walk around. 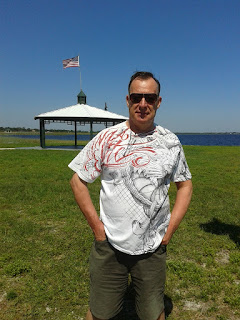 On our lakeshore walk we came across a small alligator (2 foot long) swimming along a drainage ditch. We paused to watch while a local girl out walking her dog spoke to us and asked if we'd like to see a bigger one. Yes please we said and she pointed out the location of a "huge alligator, at least 6 foot long, sunning itself on the bank, and it won't be frightened of you".

Being a fearless soul I thrust my wife in the general direction of the "huge" alligator and followed her at a short distance. After walking for nearly 15 minutes finding nothing much we retraced our steps and spotted another 'small' alligator at the waters edge. It was about 4 foot long and obviously cautious in its own right as it swam off. I wonder if that was the 'huge' alligator of the dog walker fame? 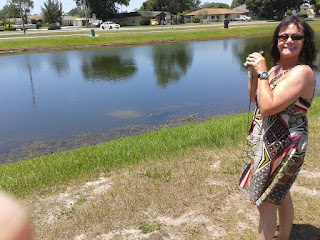 ﻿
I know that some people are prone to exageration but if I was told that the local snails were also "huge" I would have to believe them. We found an empty shell. 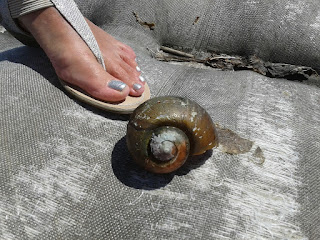 We stopped off in a small park just off the bustling main street as it appeared to have some military connected memorials. 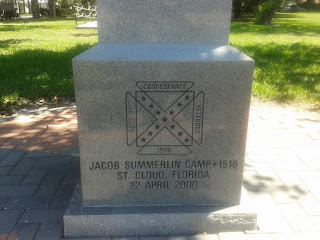 There is more information at this link:

Scattered around the park were a number of memorials, a truck, a helicopter and a couple of guns. 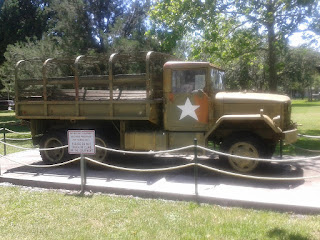 This truck, known as the Deuce and a Half came into service in 1951 and as far as I can tell is still in service although this particular model won't be going far. 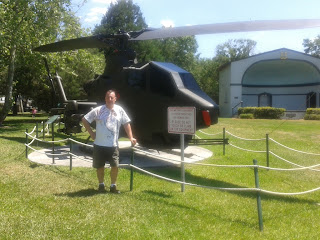 The chopper is a Bell AH-1 Cobra of Vietnam fame. 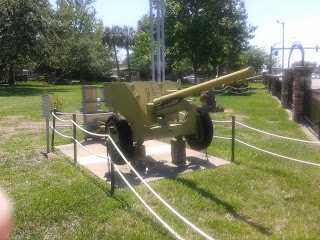 I was quite pleased with myself as I declared to my wife that these guns looked awfully like British 6 pounders and I was surprised to see an acknowledgment beside them that their development was indeed from a British design.

We are away up North to Chicago tomorrow so we may be out of touch blogwise for a few days.

Shining Knight on a White Charger

Sorry, no Shining Knight but at least I have a Charger although it is Black! 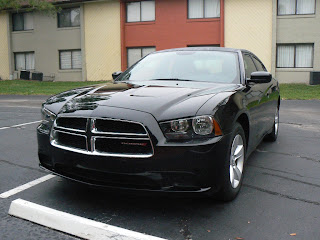 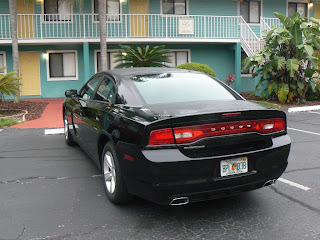 No Damsels in Distress either.

Not much of a vacation so far but at least the sun is Shining.

Posted by Jim Duncan Wargamer at 23:22 No comments:

I am away on holiday or vacation as our transatlantic cousins will say. 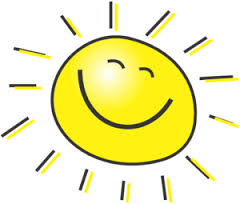 I'm off to the Sunshine State with a sidetrip to the Prairie State.

I should be back in blogland by mid-June.