Currently free on Amazon UK. I understand it is also free on the US Amazon site.

A chum of mine liked my casualty markers so much that he bought them. Then he rummaged around in his own bits box and asked me to make some more.

Here they are, all based up and ready to paint. 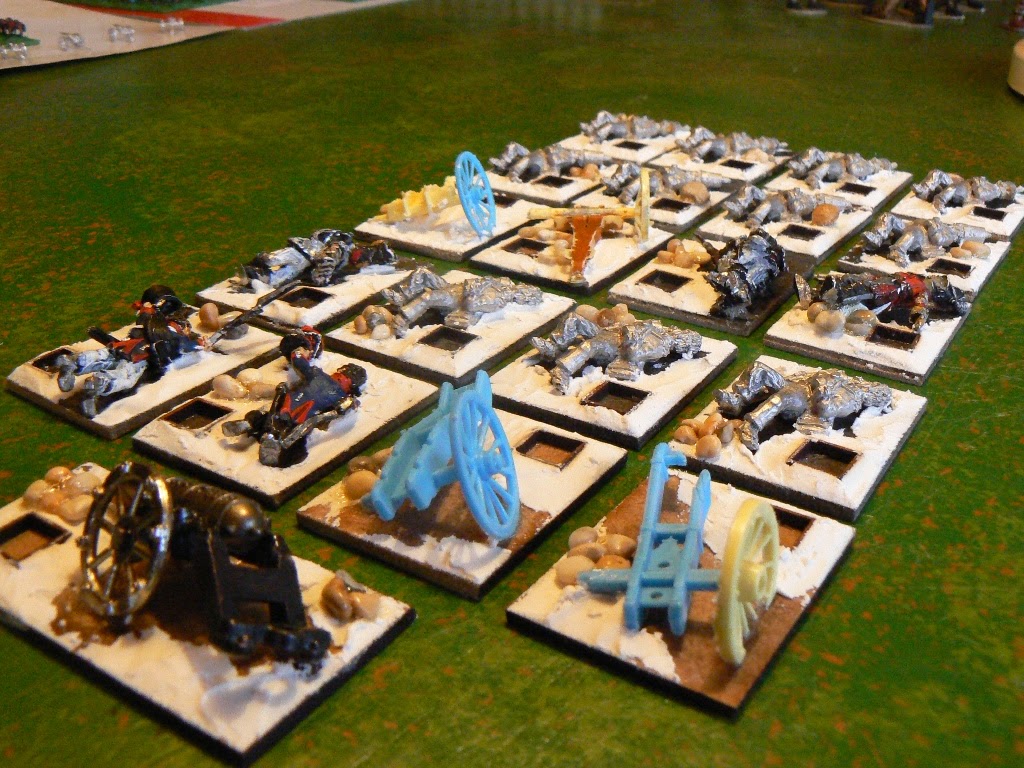 There was a cannon which might have been a key ring at one time. 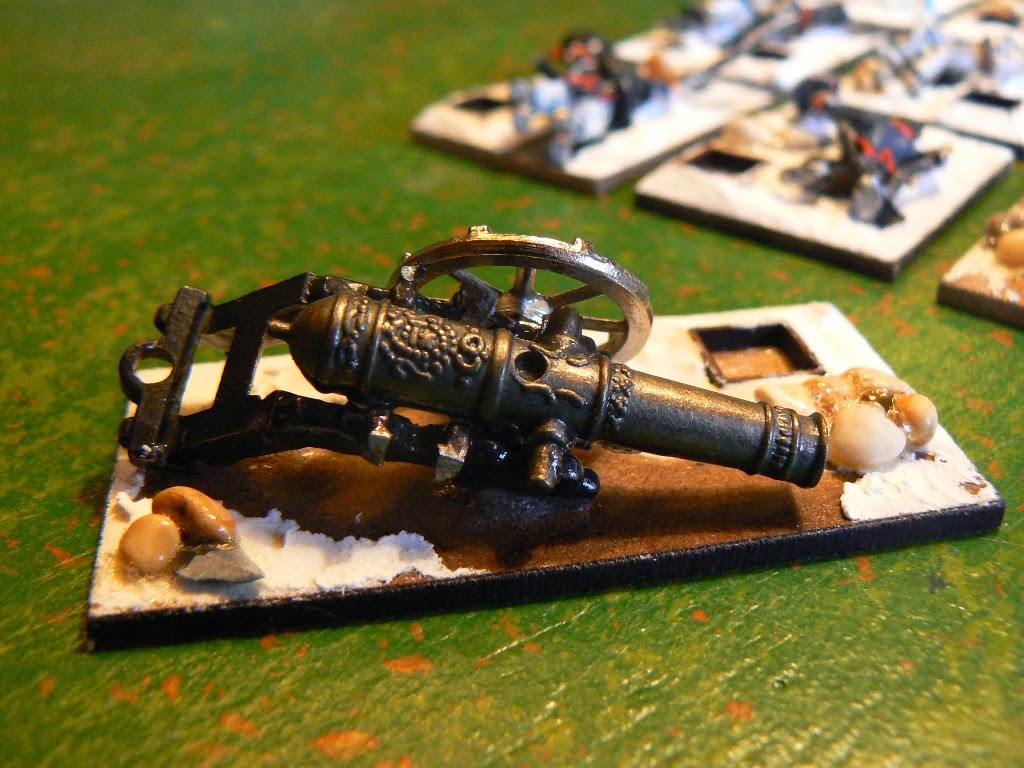 A French fusilier cut away from his base and dunked face down in the dirt. 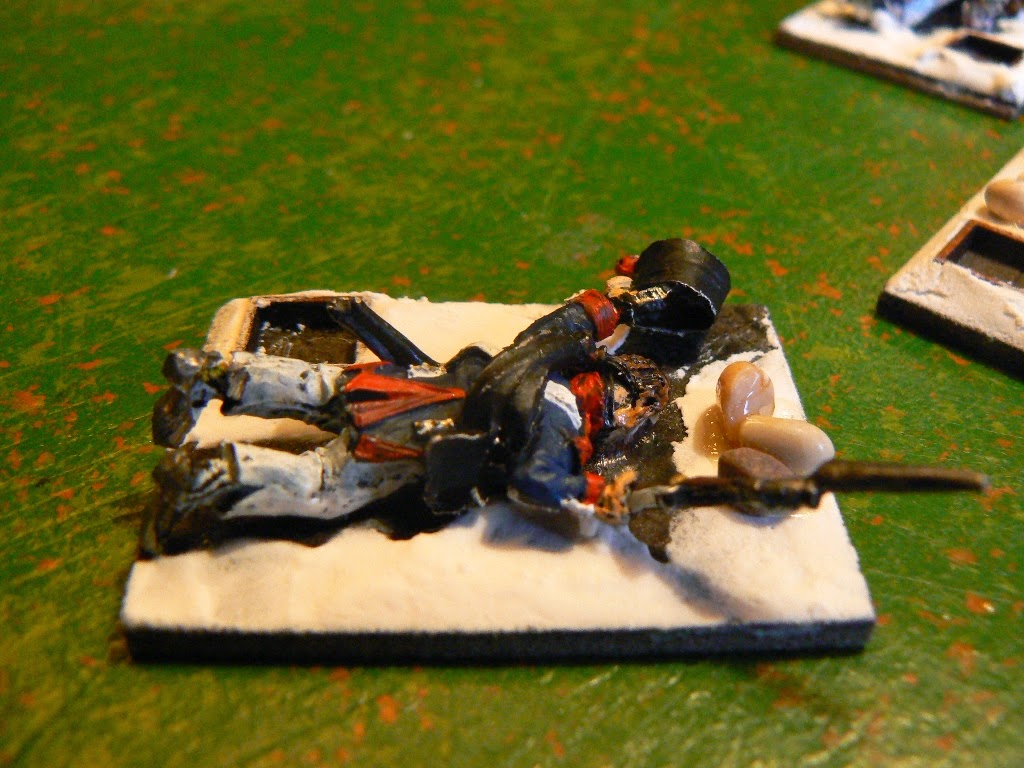 An Officer received the same treatment. 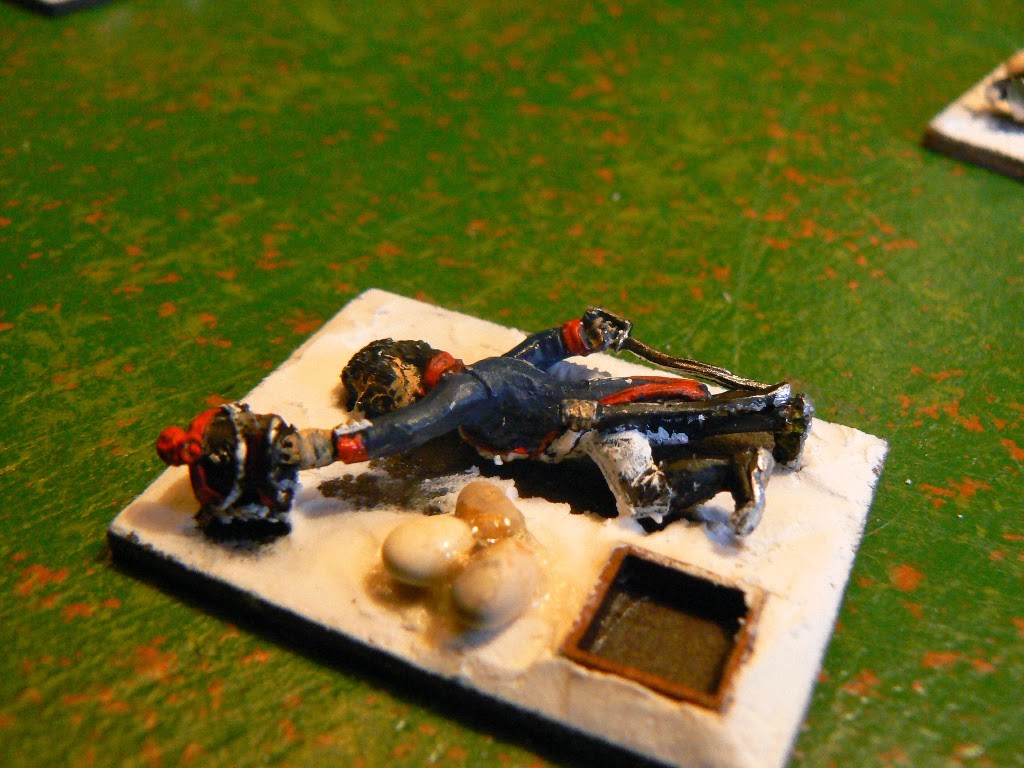 There were some bits of plastic cannon. 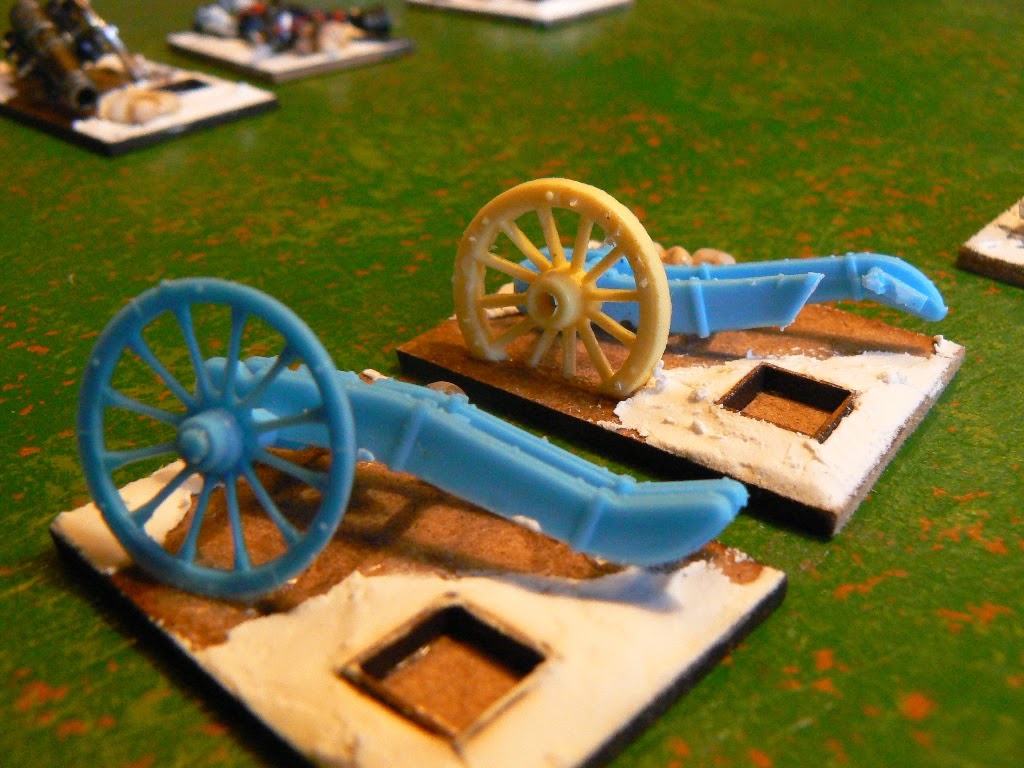 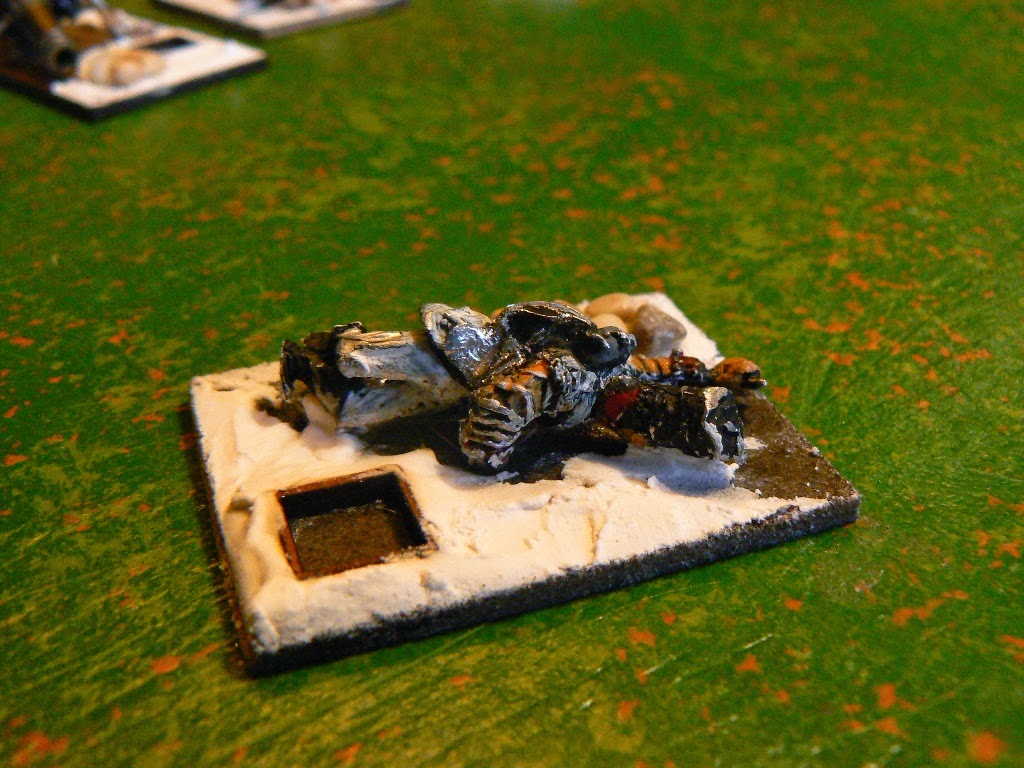 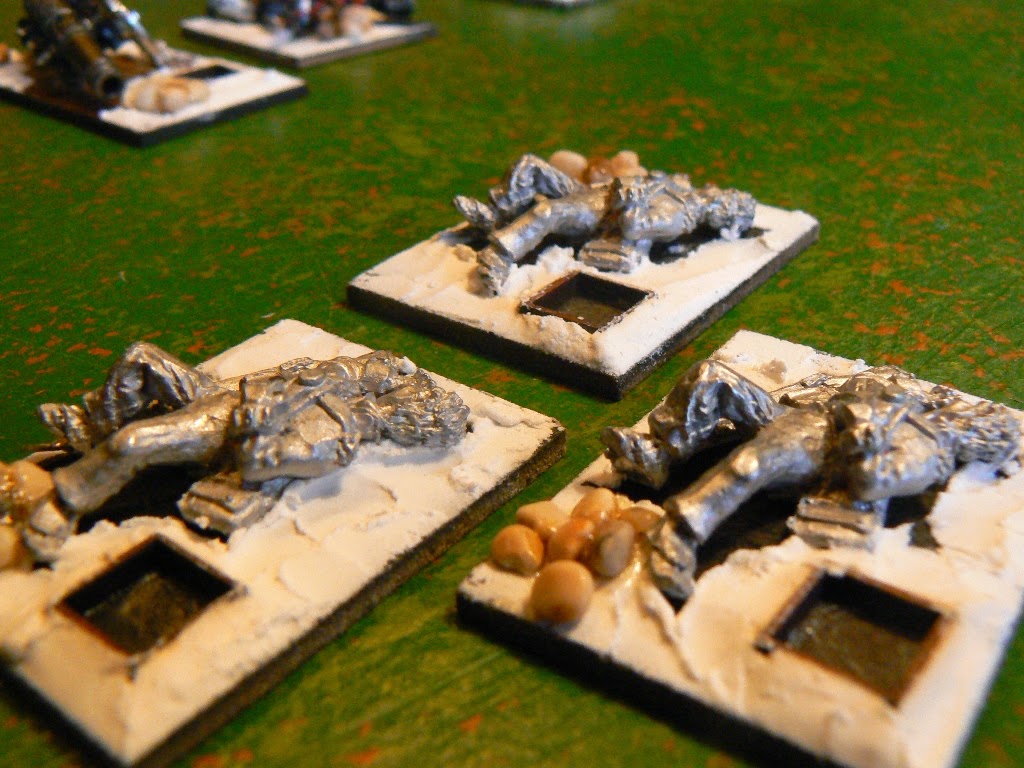 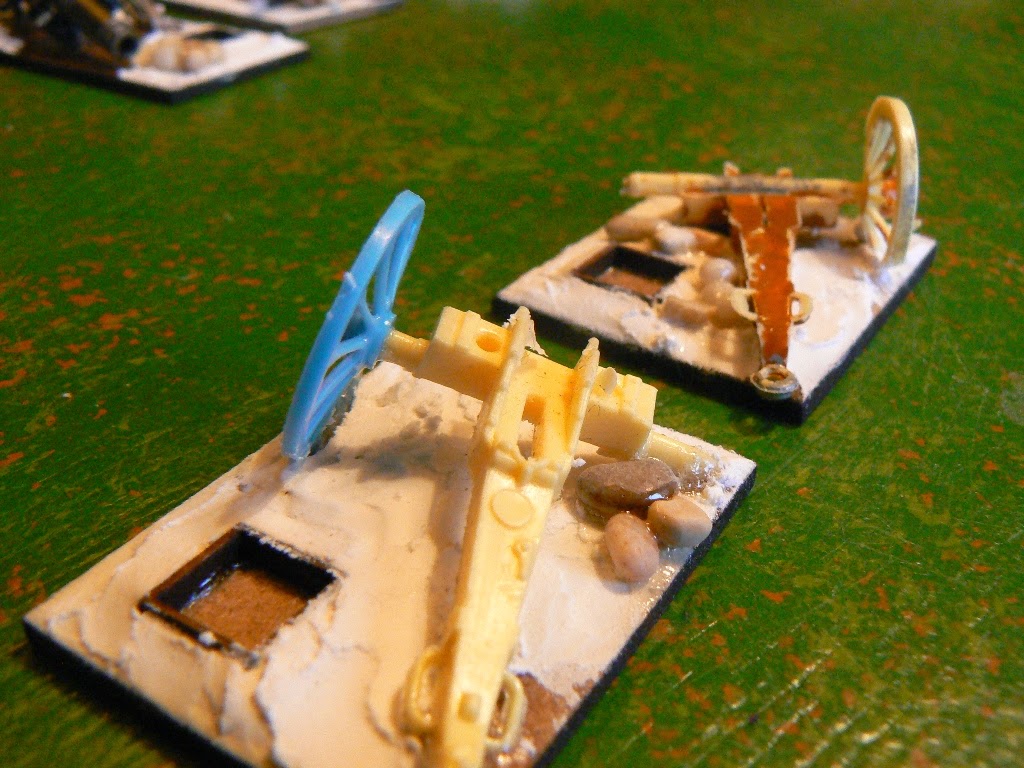 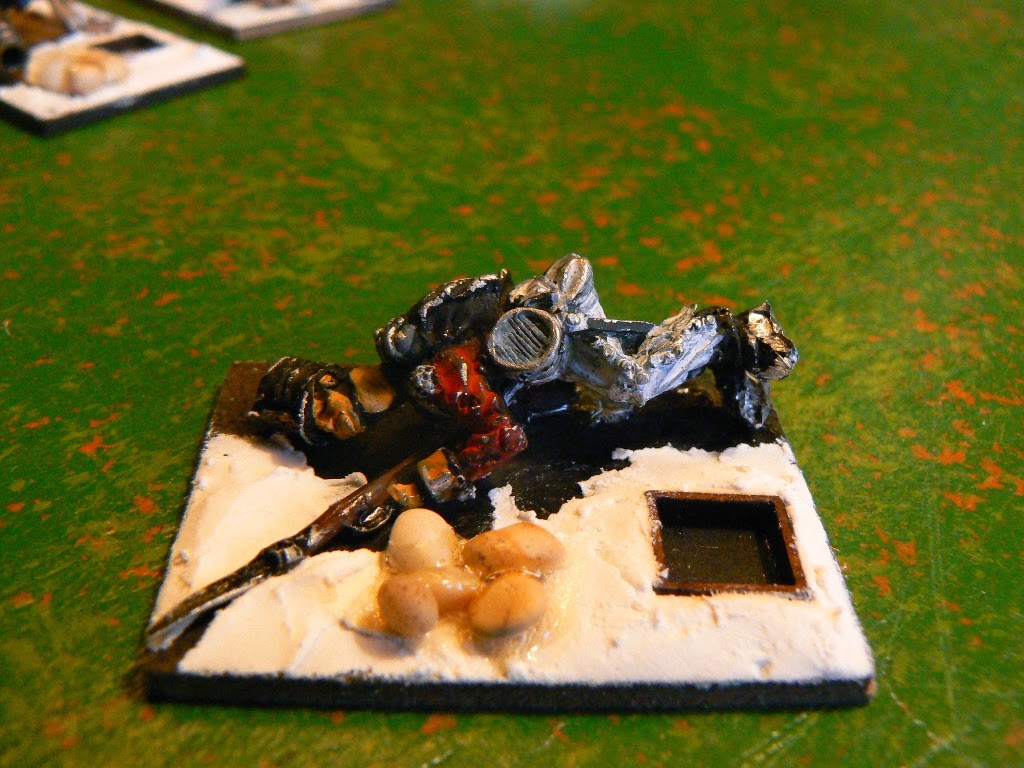 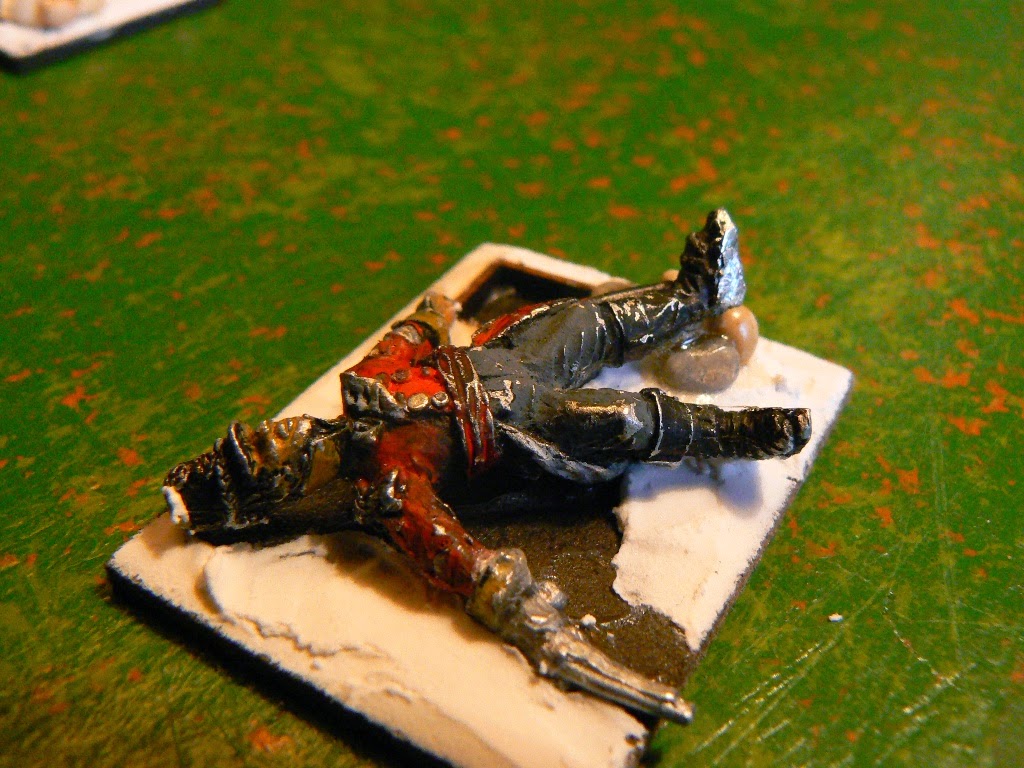 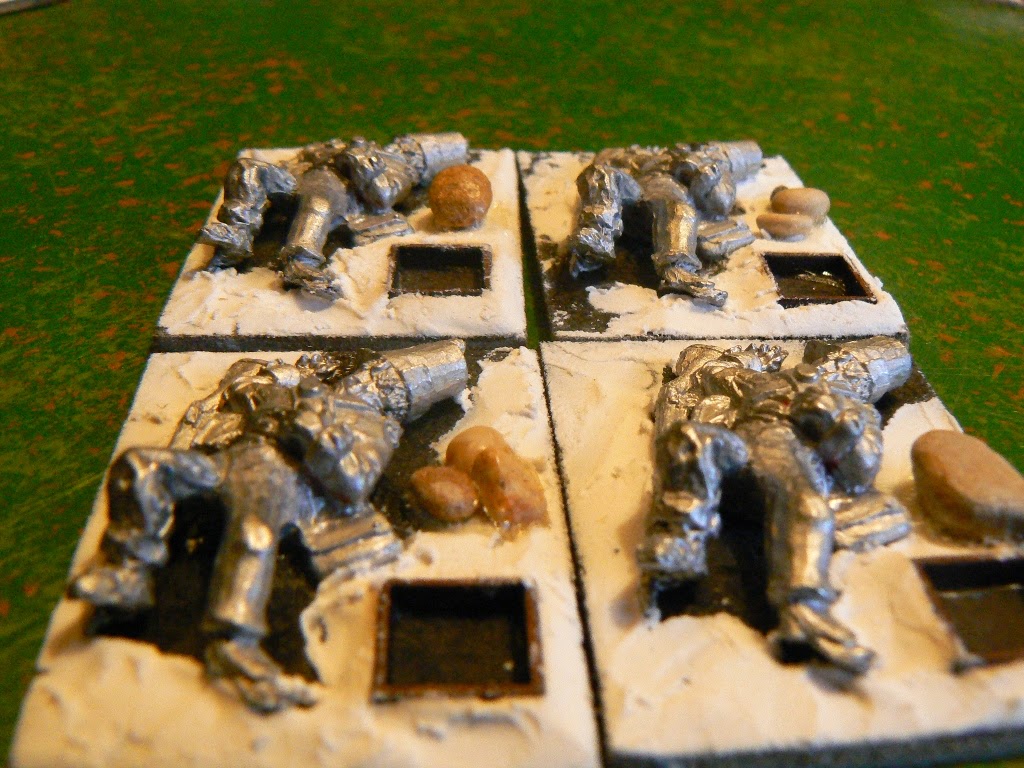 And some more, eyes left. 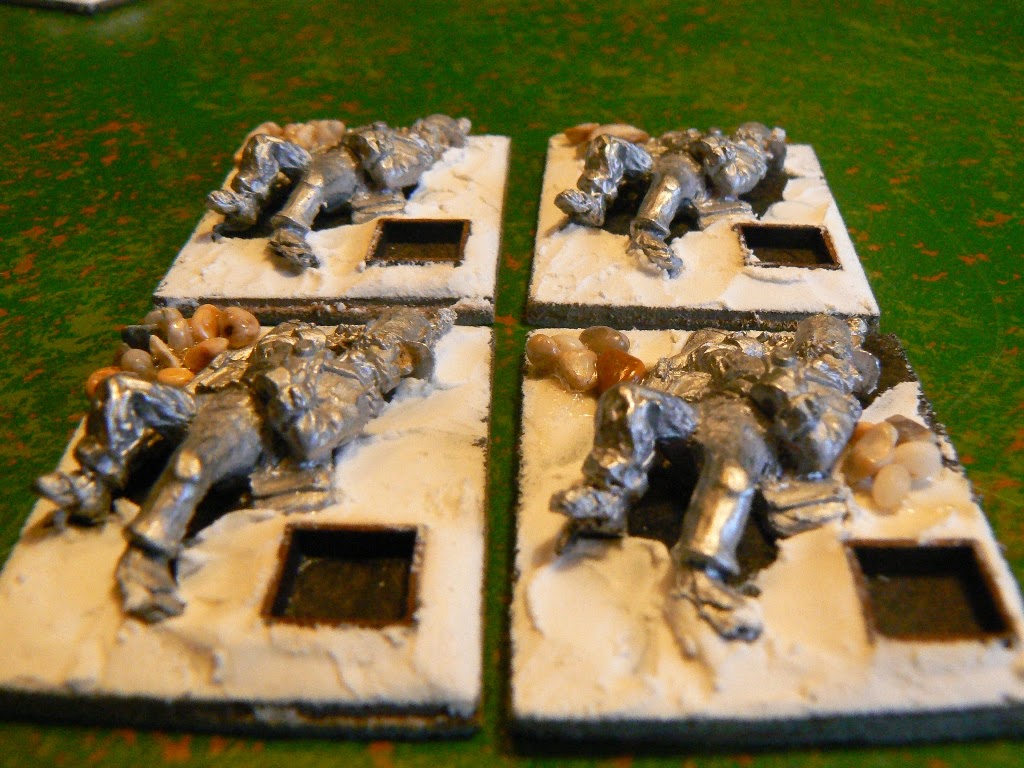 I black undercoated them all. 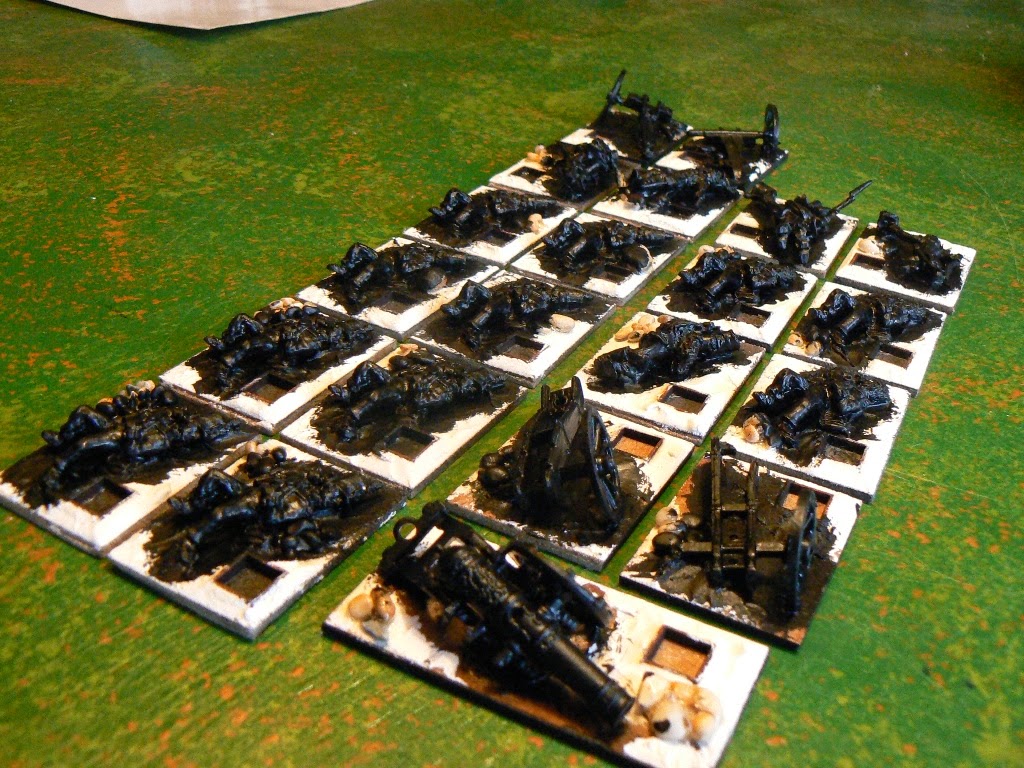 This painting style starts off with painting all the shadows first. 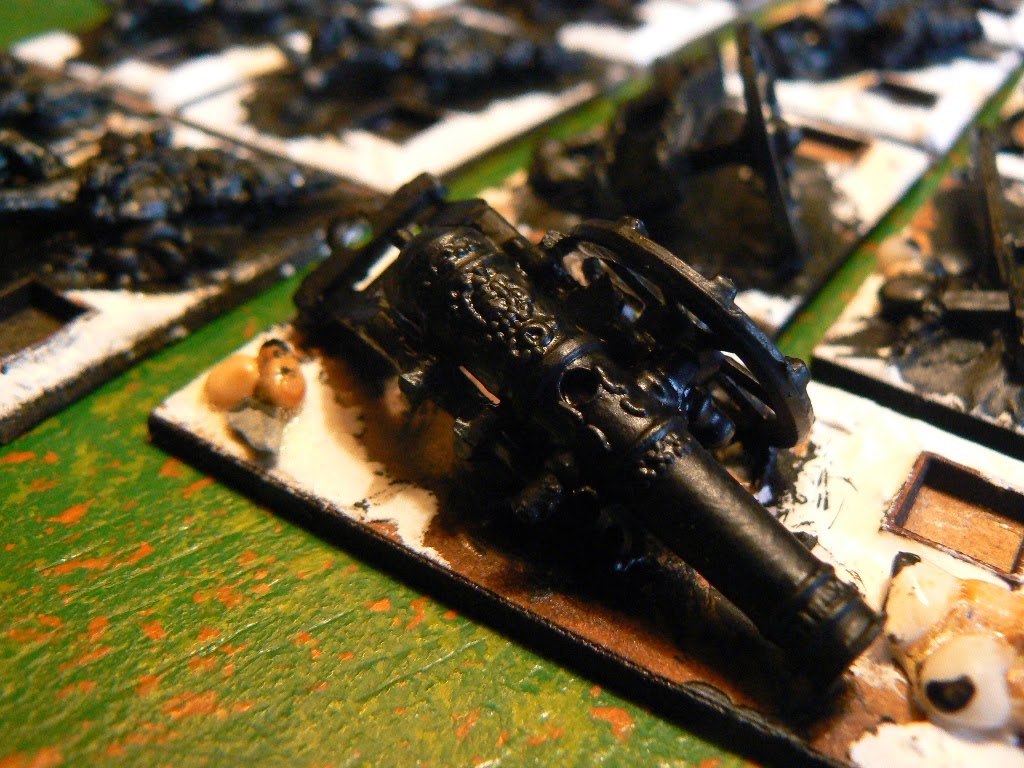 Including the shadows underneath the figure. 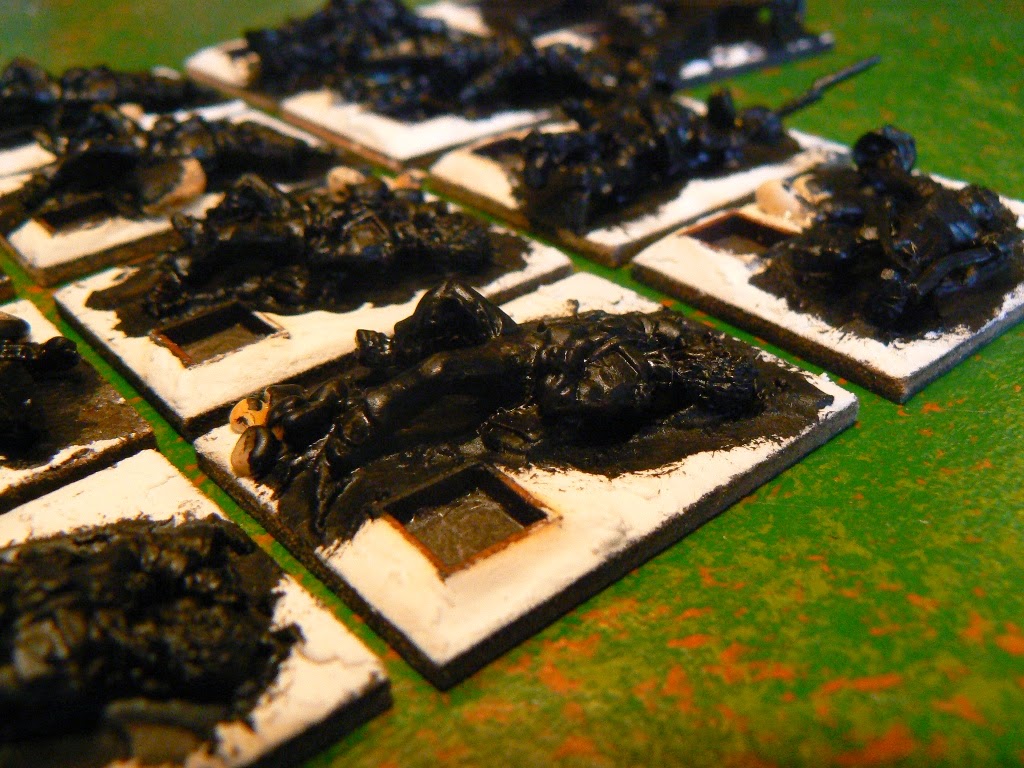 Then I heavily dry-brush them with white. 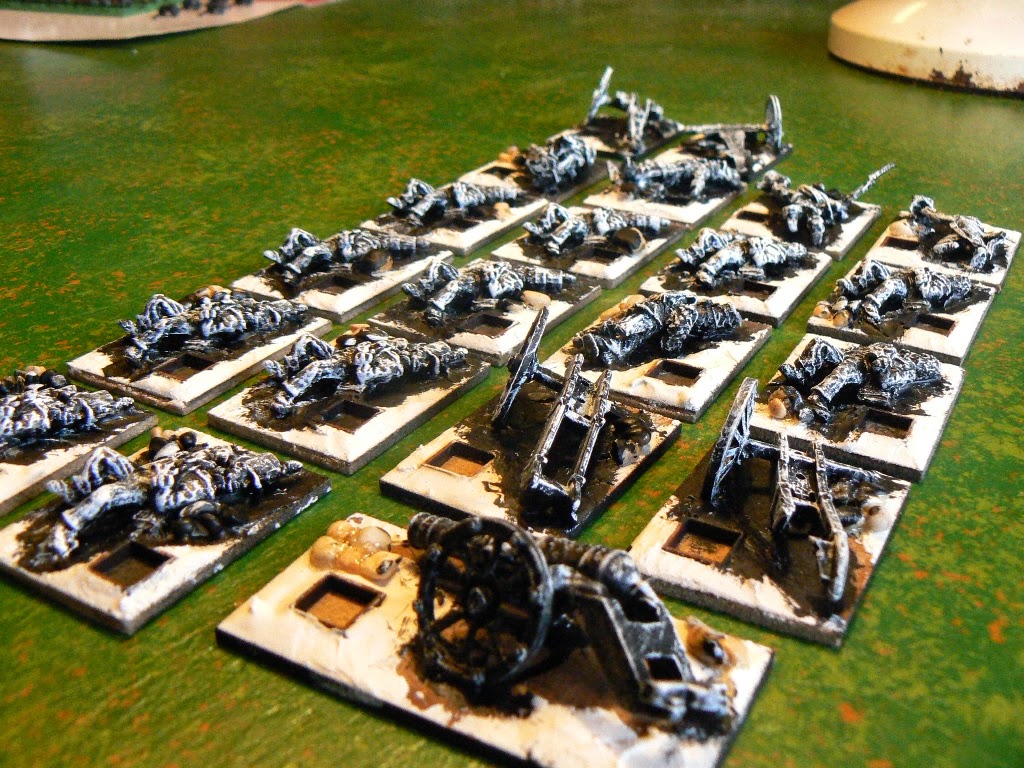 Done carefully this brings out a lot of the surface detail. 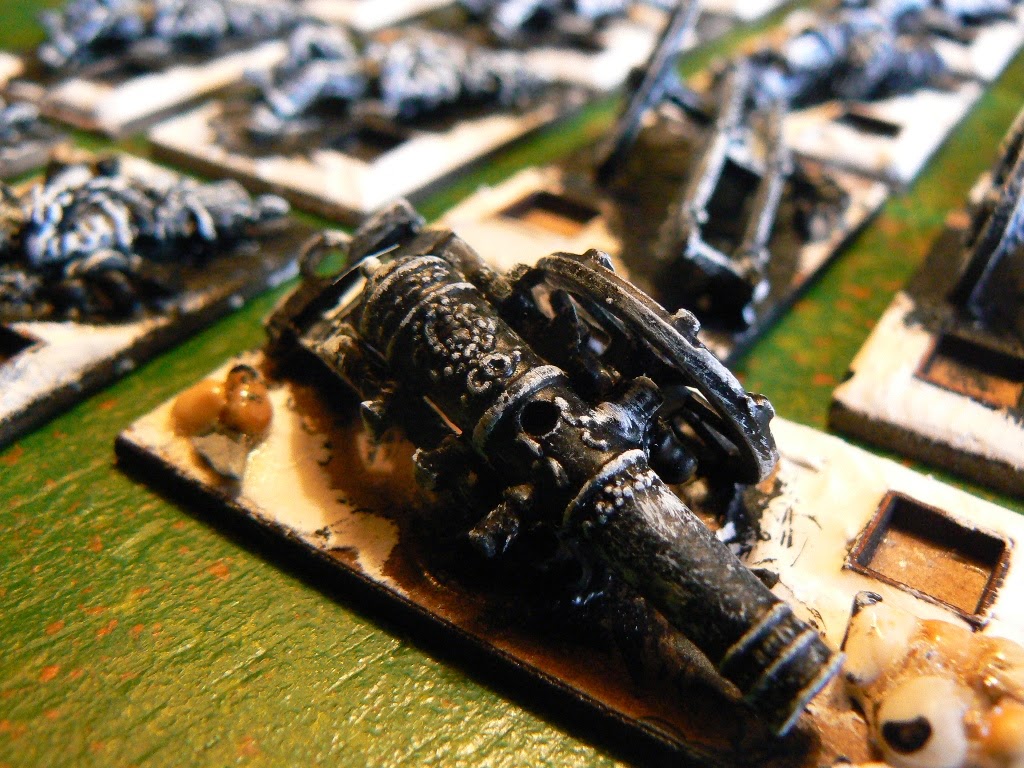 Note the contrast between the black and white areas. 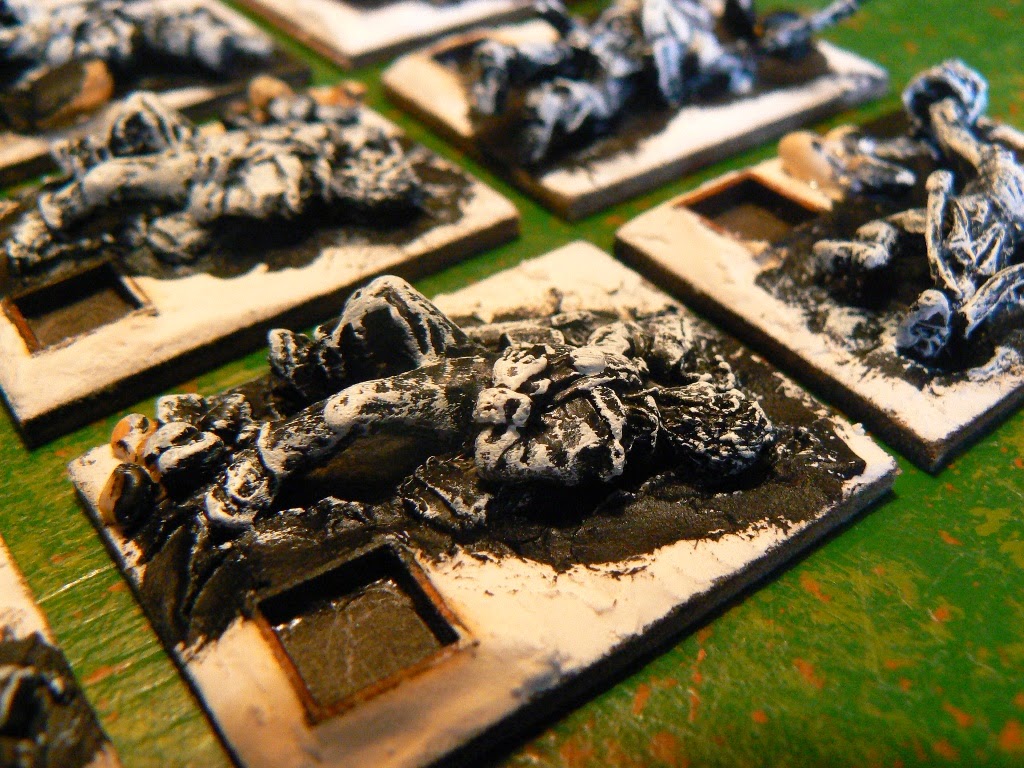 Then it is a simple matter of adding colour to the white bits. 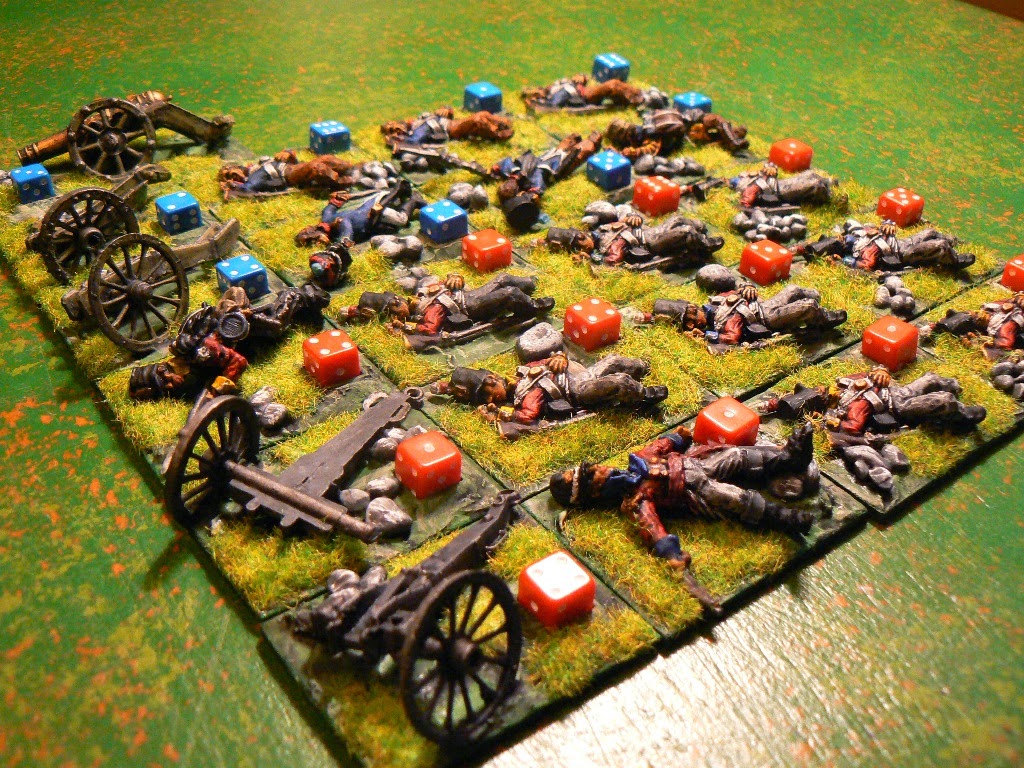 The bronze cannon barrel got a coat of dark brown, then mid-brown and finally some 'shiny' gold. 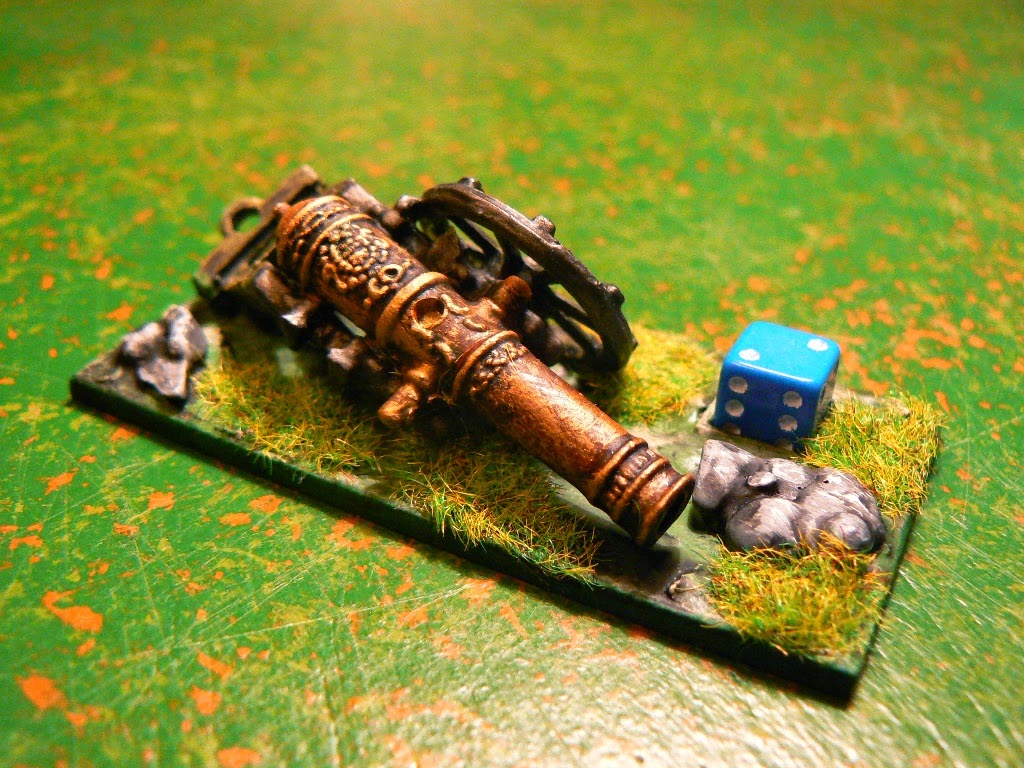 I carefully painted the white bits on the jacket with watered down blue paint. This allows any of the black areas to show through. 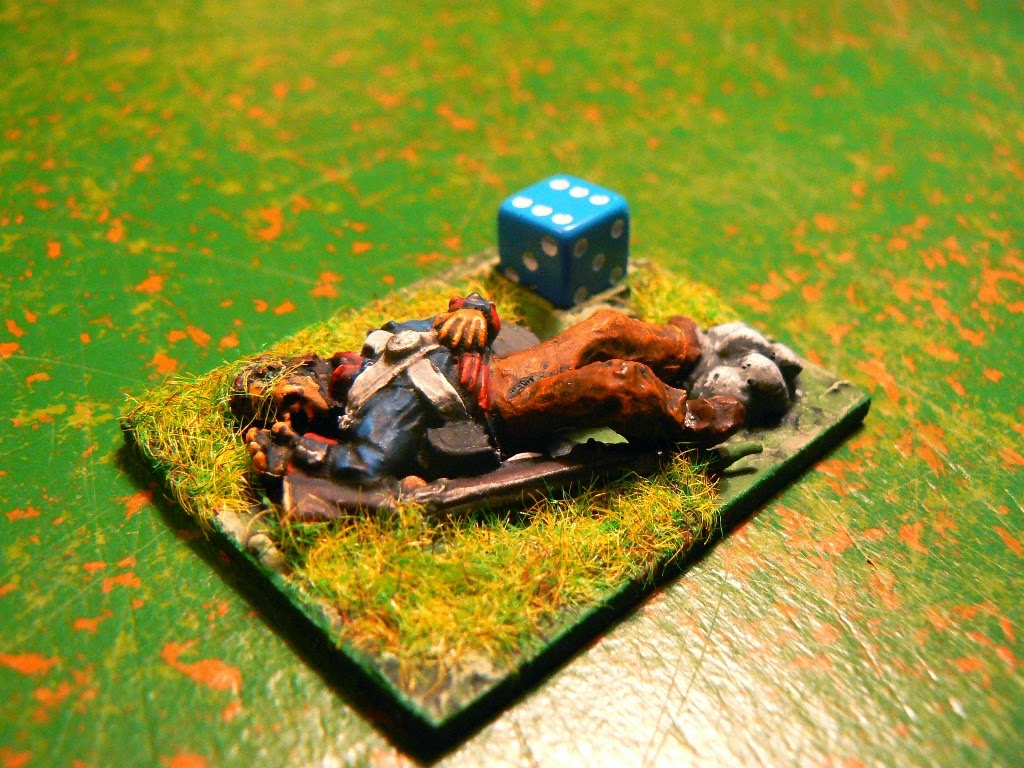 Similarly thinned red paint on the British jacket allows the shading to remain. The rest of the painting is obvious, keep the paint thin. Finish with a dark wash and a coat of matt varnish. 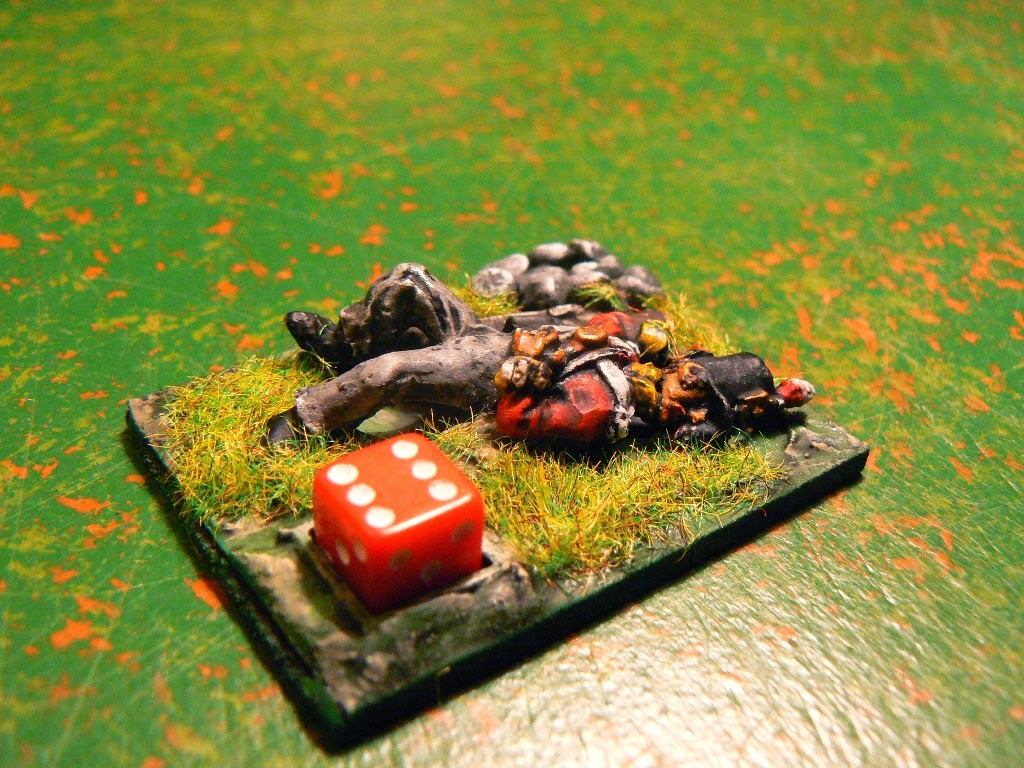 I had, of course, added some basing material, some gravel and some static grass at the appropriate points. Dice holders are from Minibits.


What do you think guys?