About a year ago I purchased some British Light Infantry from Eagle Miniatures to assess the quality of the figures. I have not been disappointed.

Of course, life got in the way getting them painted promptly but never-the-less they are now done. 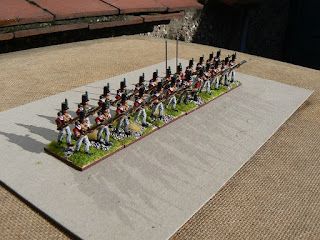 I took advantage of some late sunshine although today I had to wear a woolly hat and a winter coat to venture outside. 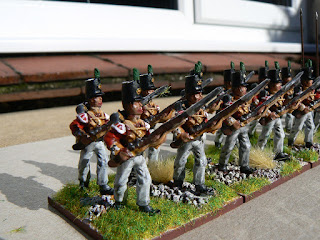 This view shows up some stray static grass which I will hunt down later. 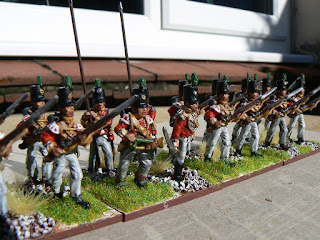 I have chosen them to be 52nd (Oxfordshire) Regiment of Foot as they had buff facings and therefore buff straps and belts, a new option for me.

They will get their colours later. 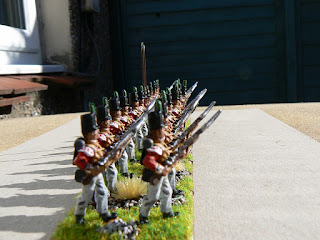 They are, of course, a Light Infantry Regiment but also performed all the manoeuvres of a Foot Regiment.