My first completed unit of the year.

Brandenberg Regiment from the War of the Spanish Succession. (Some artistic licence enabled) 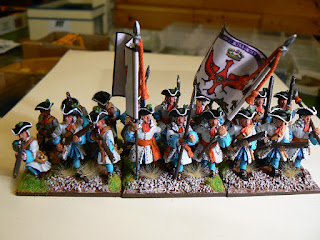 I acquired the figures almost by accident at a local bring & buy costing me the grand total of £8. 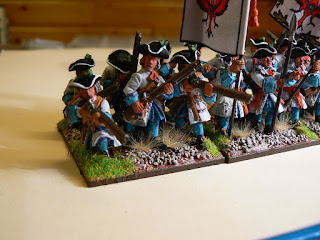 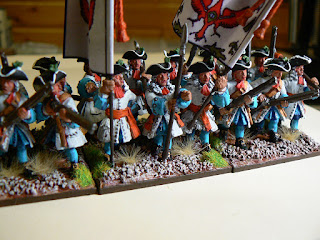 The bag included 4 mounted figures which I will probably expand into a full unit. 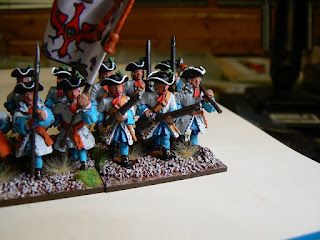 They are now destined for a charity sale later this year unless someone contacts me privately.

Bases by Warbases, flags by Warflags, based for BLB.