Despite a number of distractions I have finally completed the painting and basing of my British force to use with Dux Britanniarum.

I will let the figures speak for themselves in a series of pictures. 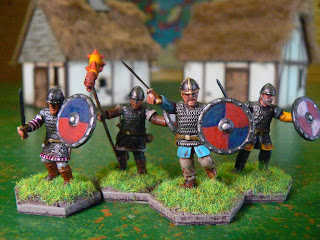 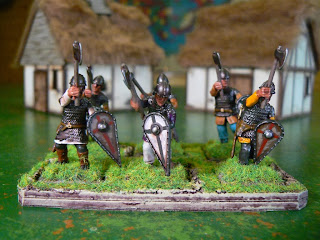 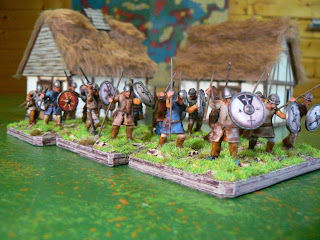 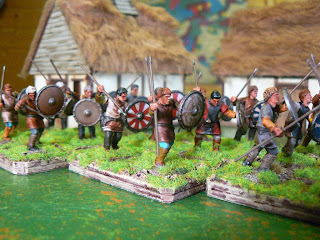 A selection of skirmishers 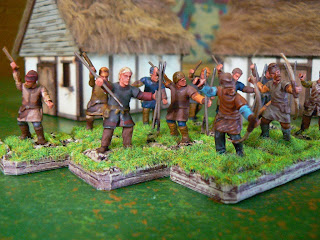 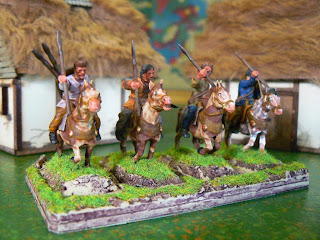 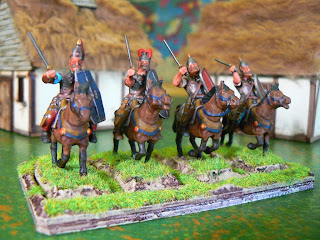 And a peasant with his cart, cost me a fiver at a bring&buy, make and painter unknown. 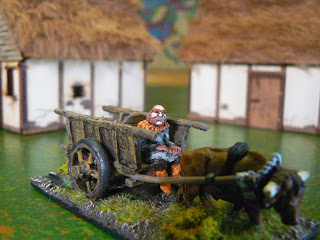 Now all I need to do is to find some Saxons to battle against.

Previous chapters of this story are at: 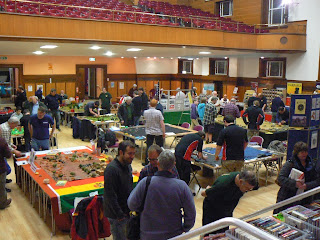 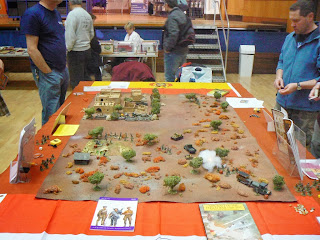 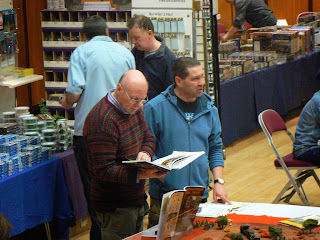 Weather permitting I hope to travel a bit further north than most UK wargamers normally manage.

SKELP is a nice little show and well inside a 2 hour drive for me. I would hope to travel up with a few wargaming chums. 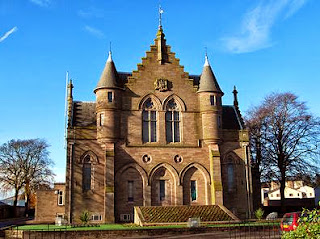 Since I already have a substantial lead, plastic and resin mountain I am not in need of anything in particular but you never know what will catch my eye on the day.

For me this is a show to catch up on a few friends and also see what my club are up to.

Anyone else planning to go?

Chain of Command - Jump Off Points

In preparation for playing Chain of Command by Two Fat Lardies I have built a small collection of terrain items to use as Jump Off Points which these rules require.

I had already purchased 60mm MDF circles from Martin at Warbases in anticipation of this little diversion from re-organising the hut and painting my Britons for Dux Britanniarum. 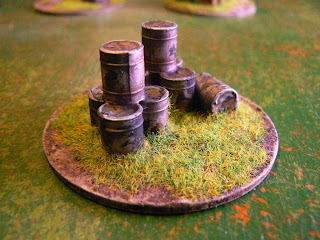 I used a few plastic oil drums I had rummaged for in the bits box. 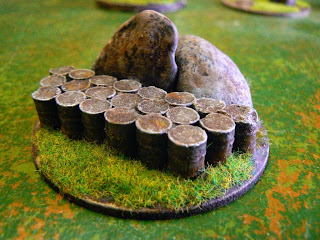 This one used a stack of oil drums cast in resin I picked up at a railway modelling show and a couple of pebbles from my garden. 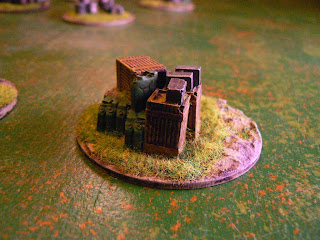 This is also resin, a one piece casting. I cannot remember where I got it! 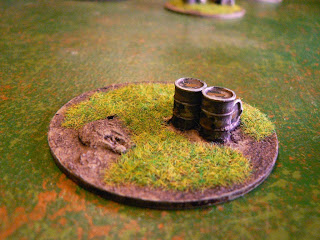 A minimalist form of plastic oil drums. I'm hoping to find a nice small bush or tree to add to this one. 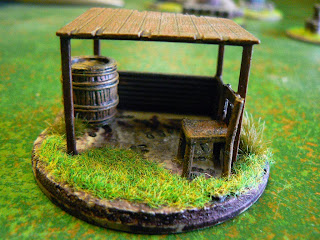 This is the First Aid shelter from the Italeri Battlefield Buildings box although I have not used the red cross decal. I don't think the medics would operate this close to the front line so they have scuttled away taking their flag with them.

The chair is from the Perry North American Building kit and the barrel is by Renedra. 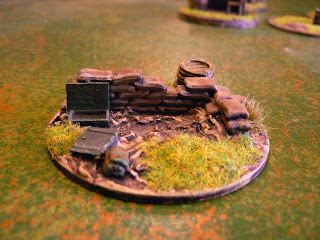 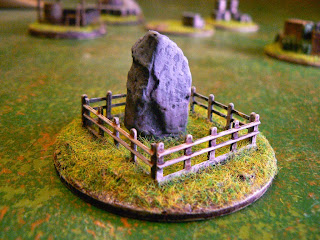 An angular pebble from my garden picketed by a bit of plastic fence. 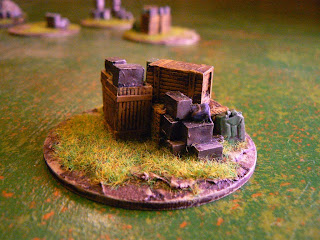 Yes, I had two of the one piece resin castings.

The terrain is household wall filler and the static grass is Noch Flock (Spring Meadow) purchased from Kallistra. 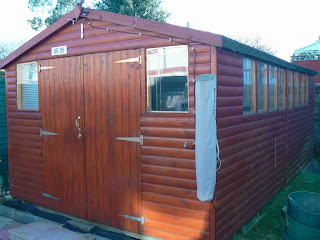 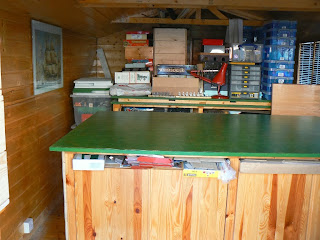 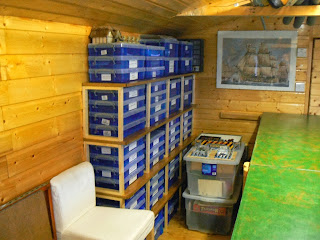 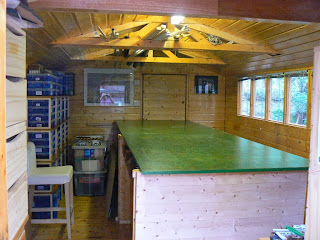 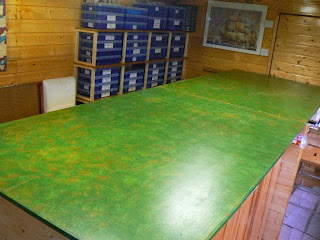 Just in case anyone thinks I was slacking during this re-organisation which has taken about 2 weeks I have also lifted and re-laid over a dozen concrete slabs on my patio, filled some holes in my garden wall, and laid several kilo's of gravel.
Posted by Jim Duncan Wargamer at 19:15 22 comments: