40 Winks and some Pots

Am getting some little fiddly bits done. 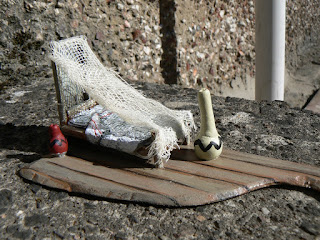 Some matchsticks, Milliput, medical gauze and some scraps of plastic card. 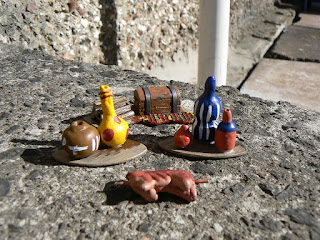 Makes a change from laying slabs in sand and cement.
Posted by Jim Duncan Wargamer at 11:38 2 comments:

That's been a month since Claymore and I feel as if I am getting somewhere albeit slowly. Having finally got my cancer monkey off my back I can start to look ahead and get things moving again. I still get the odd day when I just have to have 40 winks and sometimes 40 winks more. My GP said it can sometimes take 6 months or even a year to get over radical surgery. If that is the case then I'm well past half way.

Last weekend I was at Border Reiver in Gateshead. A nice and not-so-little show a reasonable distance from Edinburgh. I made a few purchases, details below.

Some essential paint and brushes. 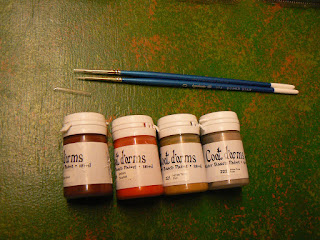 Some Napoleonics from Eagle Miniatures. 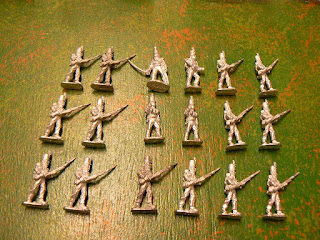 Some wildlife for a future project. 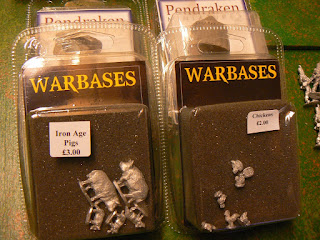 Some tents for another future project. Some matt spray varnish which I am getting good results with. 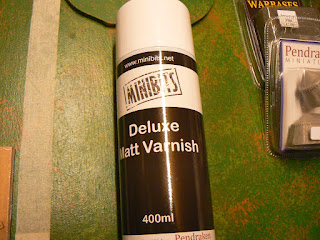 And another future project. 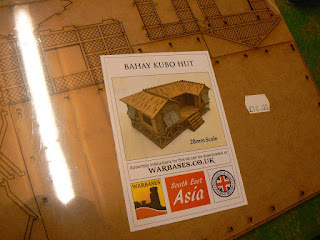 Meanwhile, back at the ranch (hut) I have been making some army camps for my Teutonic Order forces. 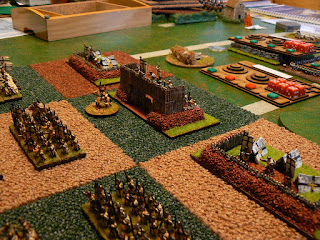 A few bits of MDF, some matchsticks, some blue foam, some gravel and a lick of paint provides a camp occupied by some secondhand tents suitably embellished and occupied by a few Brothers.

Not a difficult build but quite a few matchsticks though. 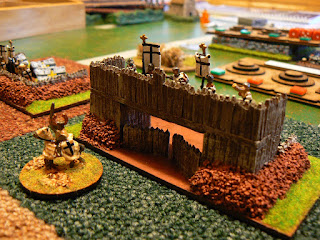 The tents can be whisked away and the camp occupied by fighting troops should the need arise. 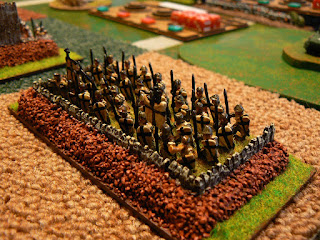 Playingwise we've had a few games of What A Tanker by the Two Fat Lardies.

Nice game although suffers a wee bit from a lack of scenarios.

We will persevere a bit longer.