Been back from Battleground for a wee while now. A 2.5 hour drive each way so not as tiring as the trip to York from Edinburgh. We left early enough to get home over the border before darkness fell having left in darkness in the first place.

My first time at this show and will probably visit again next time around.

A neat little show, not so little actually but constrained by the scale of the premises so doesn't have much upgrade potential unless there's another hall stashed away somewhere. A good mix of traders which some shows don't quite manage so I managed to get my lead, some MDF and some paint which I didn't get at a show last week.

I met a TMP'er in the canteen, 'Hi Jarrovian', going by his TMP handle he didn't have far to travel. The canteen wasn't up to much, under-staffed I would have thought but fortunately, being on a bit of a diet, I managed not to get too excited by the offered menu.

I exchanged a few Scottish Tenners with Pete Berry for a great big bag of 6mm ACW (and some MDF) which will allow me into Longstreet but only after I explore some of the Polemos options. A couple of more tenners extracted a few more Shermans from Dave at Pendraken and a few bottles of paint, nothing in particular that I needed but the colours were 'pretty'. I also got a couple of bottles of 'soft tone' can't remember who from, which I am now, apparently, addicted to.

I had a few short blethers with Leon, longer chats with Martin at Warbases, Stu at Colonel Bills, Erik at Figures in Comfort, Dave Lanchester at Dave Lanchester and a few nameless others (well I can't remember everyone). I took no photographs on the day, didn't see many others doing so apart from a young lady with a tripod. Has anyone blogged any pics yet?

So the plan, back at the ranch, is to finish off a bundle of 28mm Napoleonics by the end of the year, finish the Warmaster/Warband options still in the painting/basing queue, add a few more Shermans and stuff to my Pendraken WW2 setup and then the Baccus ACW stuff. By that time it will be well into 2016 and all priorities will have no doubt changed by then.
Posted by Jim Duncan Wargamer at 21:00 3 comments:

I bought a church yesterday.

It came in a big box. 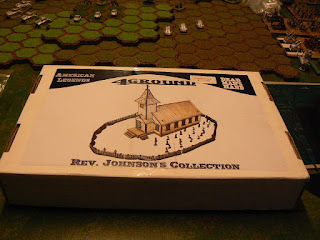 It weighs over one and a half kilo's, that's three and half pounds for imperialist brains.

It should look a bit like this once it's done although I'll probably 'pimp' it up a bit. I was going to say 'tart' but I thought that might be rude :) It is scaled for 28mm. 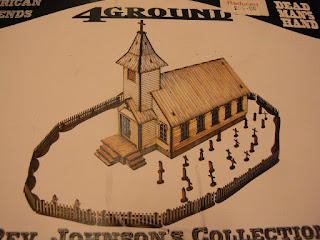 The roof comes off; 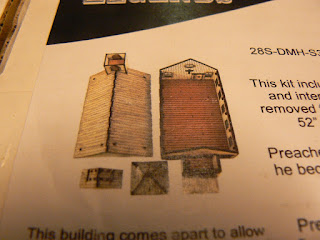 So you can see the interior detail. 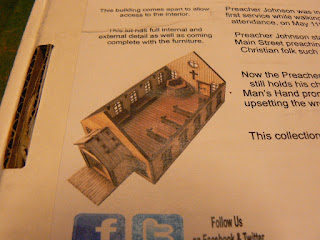 What do you get in the box?

Well, you get plenty of these. 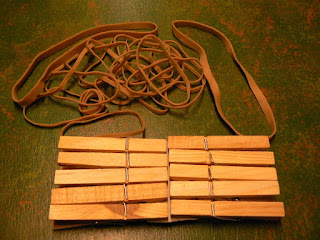 Not much use on the tabletop but they will help you get there.

A pulpit for the Reverend. 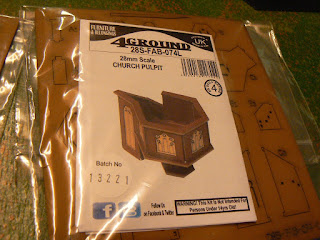 Pews for the congregation. 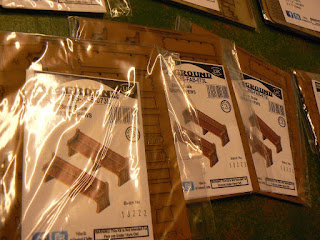 A lectern for the holy book. 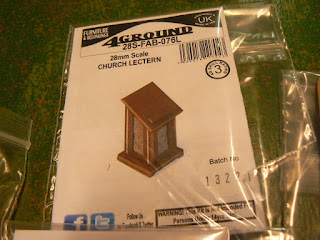 A storm shelter for when the wind blows. 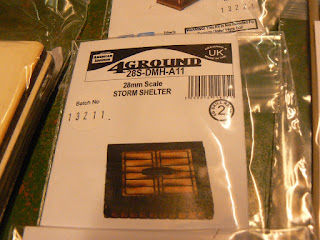 Grave boards for those who didn't get to the storm shelter in time. 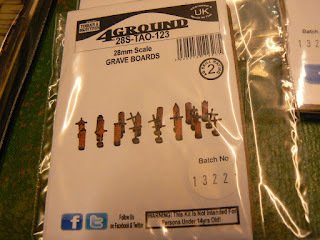 And a great big bag of floors, walls, windows and roof. There should be acetate for window panes. 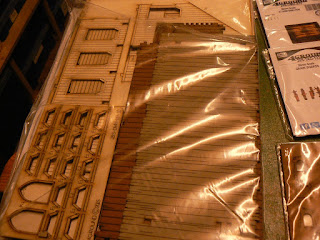 This is intended for a Wild West tabletop but I'm sure it will fit within an ACW scenario.

Enterprising gamers could also make it fit Zombie culture, RPG, Call of Cuthululu (how do you spell that again?).

I'll have to study its makeup deeply making it both sturdy for game use and storage and also flexible enough to re-arrange its component parts for variety. Obviously I don't want to mount the hole thing on a single base so I will probably make the building one piece, the graveyard another and the fence pieces modular for use both with and without the church.

The complete box retails at £75, quite pricey but was advertised on the day at £59. I actually paid a bit less than that being a Scotsman. Now I'll have to build the damn thing. The product itself is from 4GROUND, sold by Colonel Bills and I will probably blog its construction in due course.

I may well sell this at the end of the day as I am still active in charity fund raising as well as providing an impromptu service to those in the hobby who still glue their fingers together, even with PVA adhesive.

I passed over a not inconsiderable sum to Combat Stress yesterday, a 4 figure sum.

Today my thoughts are with the people of France.

I need not say why. 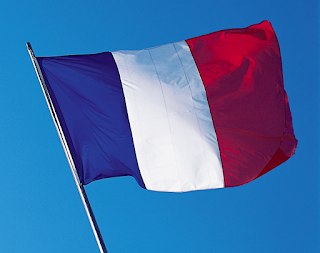 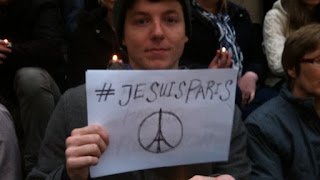 I started this unit of Warlord Games Hanoverians months ago as part of a commission for a friend who can't paint for peanuts. I have only just completed them, regular readers will know why. 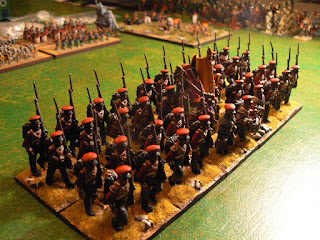 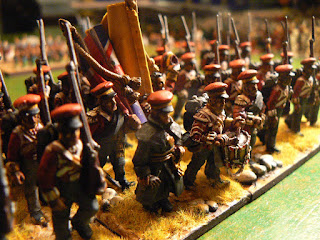 There are 6 metal figures and 30 plastic rankers in the box and I add another 4 rankers from a freebie sprue. This gives a 40 figure unit, a whole regiment if you like which in rules like Black Powder can be a large unit or split into two as two standard sized units. 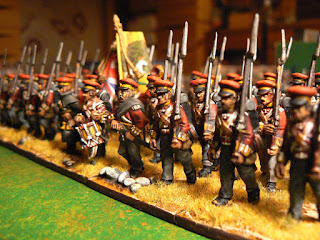 I have heavily shaded this unit using Army Painter Soft Tone ink. This covers many little painting boo-boo's. I like that!