I have an internet chum, Bob Cordery, who amongst many other things has an interest in 54mm wargaming. Look at Bobs blog for information.

I thought I had a Prince August mould buried somewhere in my lead mountain so I offered it to Bob, assuming I could find it. Not only did I find it, there was not one mould but three, the instruction sheet and the original box. Now, how often does that happen?

Here is the box lid. 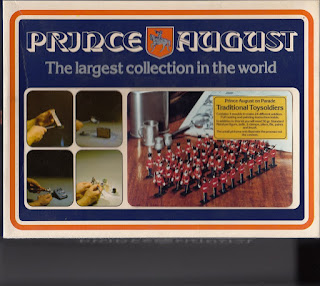 And the instruction sheets. 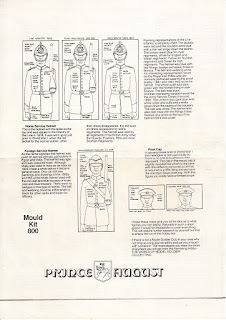 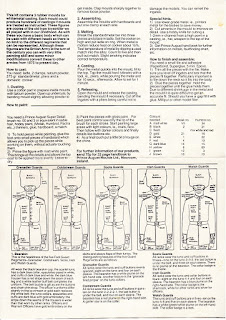 Close inspection will reveal that both a standing body and a marching body are included as well as arms for a sword armed officer and a rifle armed ranker. Various heads will allow guardsmen in bearskins (please don't call them busbies), home service and foreign service helmets and a peak cap.

A conversion to a standard bearer would not be difficult.

I'm sure that Bob will be able to make good use of them. 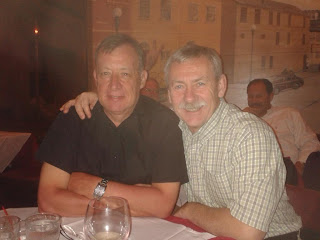 
Posted by Jim Duncan Wargamer at 18:53 No comments: