I am gradually approaching a more normal level of daytime awakeness and have been able to nibble at snippets of wargaming activity.

Here's a teaser for tonights game. 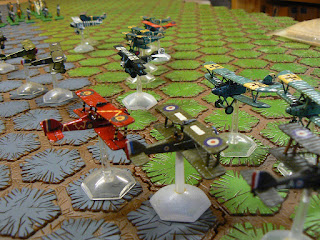 And here's whats just coming off the painting table. 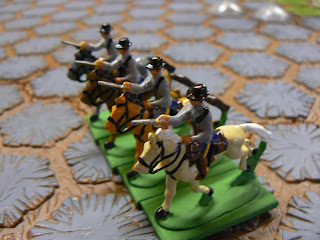 And finally here's a pic to demonstrate an old idea to a club friend. 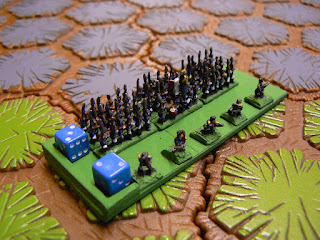 Posted by Jim Duncan Wargamer at 09:37 No comments:

Well here I am back from 5 weeks vacation in Florida, the Sunshine State. While we were there we certainly saw the sun a fair bit but we also saw rain, rain and even more rain. Florida has been a 'dry' zone this year so far but the rainy season started on our arrival.

We are seasoned visitors to Florida and are fully accustomed to the afternoon thunderstorm just at the right time to nip indoors for tea but this year some of the thunderstorms were a bit excessive. We had half a dozen 'extreme thunderstorm' alerts as well as a 'tornado' just a few miles up the road.

Fortunately Florida has a more than adequate drainage system and combined with the heat most drenchings were history within a couple of hours although one evening was lost as it rained constantly for several hours. I heard that one place upstate received 13 inches of rain in the one day.

When it wasn't raining we did a lot of relaxing by the pool as can be seen below. 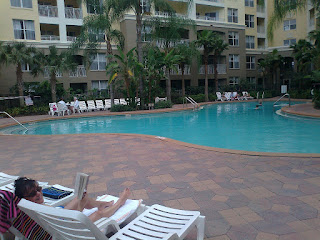 We spent the first two weeks at Vacation Village at Parkway which is a large timeshare resort but we were rarely troubled by crowds.

We made one outing to view White 1 which is a restoration project for a Focke Wolf 190. See my entry 'White 1 - Where are you?' below.

This was at the local air museum.

They had a new item since my last visit two years ago. 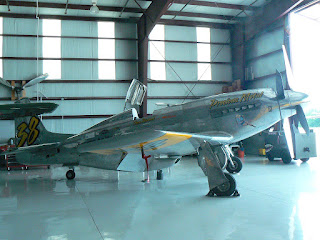 This is an ex-racing P51 Mustang and looked so good I bought the T-shirt. 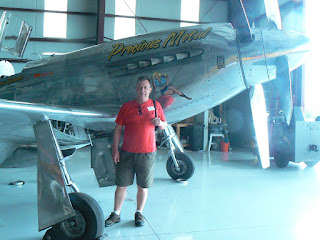 Our next outing produced a disturbing feeling in me. 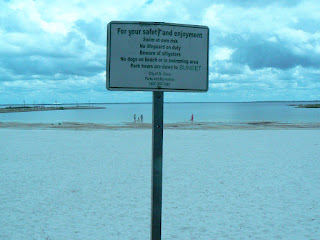 The above sign is on the southern shore of Lake Tohopekaliga. This is the same lake that most of the air boat tours ply their trade upon. Alligator watching is the most common reason folks go on air boat tours. This I cannot understand. There have been more than a dozen fatal alligator attacks in Florida in the last ten years or so. Yes, there are people bathing at the waters edge!

Our longest trip away from the timeshare took us north towards the state capital and on the way we stopped off in St Augustine which has a bit of track record in the history stakes.

This is just one the sites to be seen. 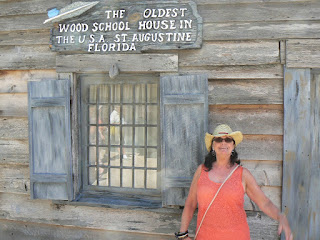 Some of my friends are schoolteachers so I thought I would include this as one of them is always complaining that his school is a bit decrepit.

I spotted this 'cool' trike as we whizzed by on a tourist train. 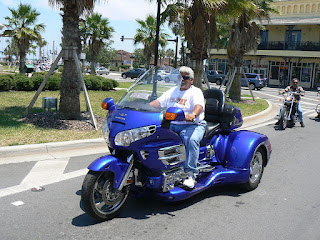 The reason for our trip north was to get dressed like this. 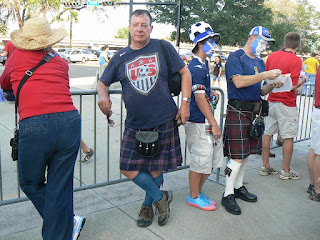 Yes, that is a US football shirt I'm wearing. I am very cosmopolitan in my sporting likes. It was funny when quite a few of the Tartan Army asked if I lived in the States now. Don't ask me to mention the score, I'm not that cosmopolitan!!

The next three weeks were spent at another timeshare resort just a few blocks away from Parkway.

We've stayed here before and have got to know the staff quite well.

Here's Danielle in the front office. 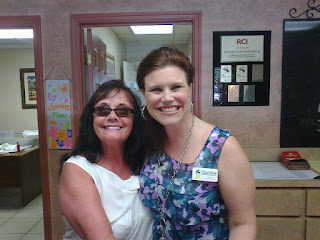 And this is Jay who can get you tickets for everywhere. 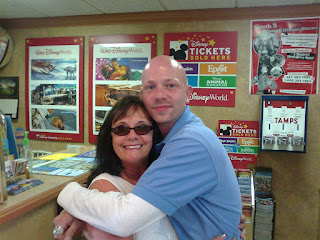 And I hope Amy is not too disappointed as she wasn't in the office the day we took the camera, maybe next year Amy!

We spent a lot more time by the pool as well as playing pool. 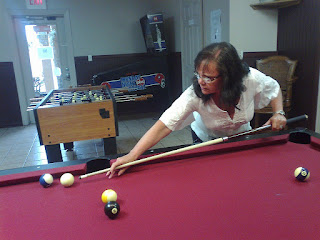 I made one wargaming trip on the excuse of getting a T-shirt for my youngest daughters boyfriend. this was at:

This is a typical American FLGS and had the usual Games Workshop/Flames of War/ Boxed Games offerings as well as comics, books and DVD's. The gaming section was fairly busy with a couple of games of 40K in progress as well as several games of something I did not recognise. 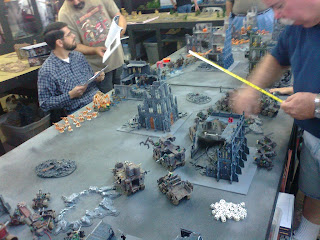 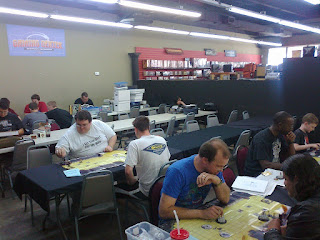 I'm not sure what scale or size this figure was but was obviously based upon someone who has been in the sun too long. Moira is 5 foot small (tall) and even with 4 inch heels is dwarfed by this hulk. 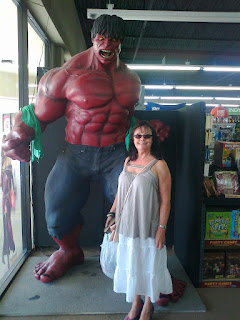 Our final trip away from the timeshare was to a rodeo. 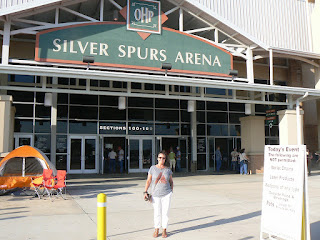 This was just a few miles down the road and was about the most American thing we did in the whole 5 weeks. 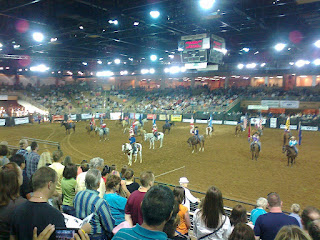 There was lots of whoopin' and hollerin', buckets of horses, calves, bronco's, bulls and a few sheep, some goats and three monkey's. A good time was had by all particularly the younger participants as well as the grizzled veterans. Only three injuries, two of which hobbled off and one was taken away on a spinal board. I never did find out how he was. I think that is par for the course at American rodeo.

Did I mention the cool bikes in the car park? 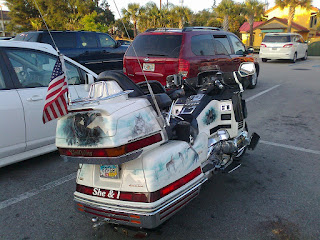 The last thing I brought back from America was a severe dose of jetlethargy. I've had this before, last year it took 6 weeks to wear off but that was after 60 days away in several different timezones. This year was only 35 days but after a week home I'm still struggling to sleep all night and am usually exhausted by mid afternoon.

Still, I managed to paint some figures this afternoon so perhaps normality is approaching.