A chum of mine offered me a book to read. It turned out to be a cracker. 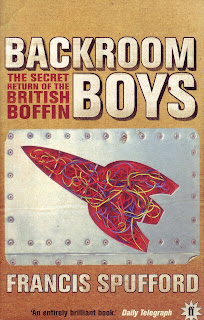 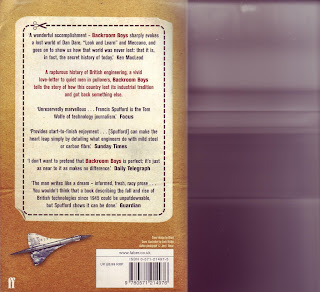 Apologies for the poor second scan. My scanner took a 'wobbly' and defied me for a while.

The book itself was a very very good read, I enjoyed it immensely.

The first chapter told the story of Black Knight and the early days of the British Space program followed by a view of Concorde which I hadn't appreciated before. Chapter three covered the early days of home computing, BBC Micro and all that. I greatly enjoyed this part as I spent over forty years working in a computing environment and saw a lot of the detail first hand. The next chapter told the story of the development of the mobile phone network, enlightening it was too! The penultimate chapter went on about the Human Genome Project and some scientists who didn't play to the same rules as many others did. The final chapter saw us back in space plunging towards Mars and doom and disaster.

All in all it was a damn fine read and I can recommend it to anyone particularly if you have worked in any of the technologies covered.


My recent work on restoring and collecting 25mm figures from Ancient Greece encouraged me to reread some of my old books, purchase some new ones and also to buy a DVD on The Greek and Persian Wars from the History of Warfare range. 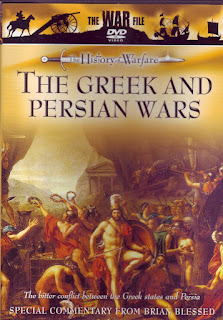 Disappointment was an understatement within minutes of watching this DVD. Scene one showed a motley collection of 'hoplites', some with bent spearheads and others with their shields upside down. The quality did not improve with further viewing despite some stirring words from actor Brian Blessed and historian David Chandler.

I was quite unable to view much further although I did spot check some scenes later on. Dire, dire, dire was this DVD, avoid it if at all possible. I have had more fun poking my eyeballs with sharp sticks.
Posted by Jim Duncan Wargamer at 12:35