I started to sort out my Christmas present which was in the form of 8 Regiments of Spencer Smith 30mm ACW troops. 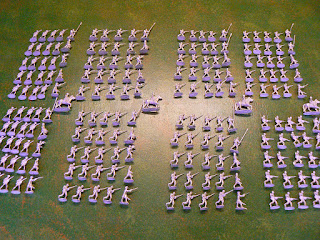 Here they are straight from the packing and grouped into their respective brigades. 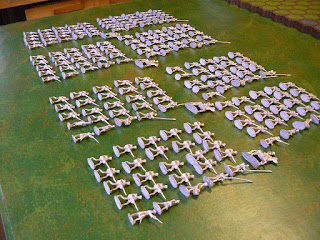 The four nearer regiments are all in kepi and will be painted as Union whereas the further four regiments will be Confederate, three in slouch hats and one in kepi. 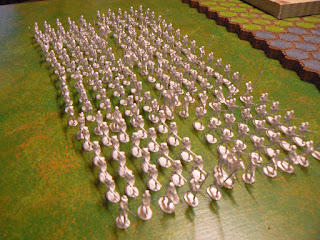 An hour and half later after some filing of the bases they can now stand up prior to being mounted on painting sticks. 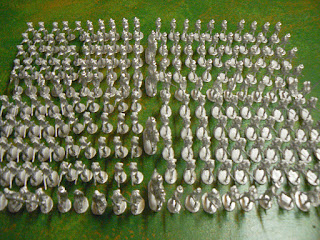 On closing the ranks up I spotted a differingly posed figure who was immediately ejected from the parade ground. His replacement has been requested.

Now for the painting.