Well, that's another Claymore out of the way. At least I made it this year as last year I was housebound recovering from a TIA. I subsequently went on to develop a bladder infection/obstruction and ultimately emergency surgery when a cancer ridden kidney was removed.

More of that later.

Many thanks for all the wellwishers.

So Claymore 2018 was the first time I had seen many of my friends and acquaintances and I spent a long long time updating them all sequentially or in small groups. Seeing the show turned into a secondary pursuit but I did manage to catch a few games and sample the atmosphere of my home show. I can't believe I used to be one of the major Claymore organisers, it was such a long time ago. 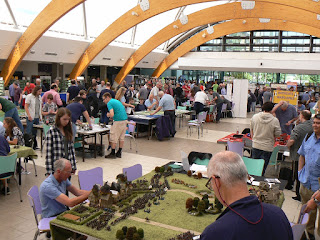 This is the atrium quite early on which was more crowded than this picture shows for most of the day. Apart from the sports hall and the bring & buy there are a few more traders tucked away near the entrance. 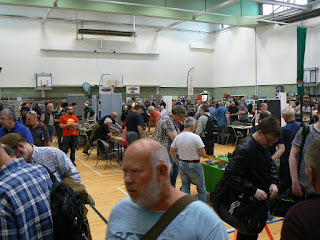 The sports hall was pretty busy too, ringed with more traders and gamers in the centre. 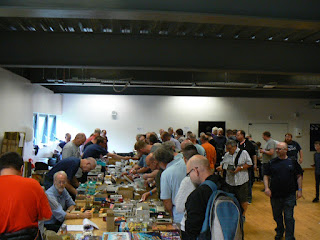 The bring & buy was absolutely heaving and I'm led to believe did a storming trade. I couldn't get near the sharp edge which was just as well as I had pre-ordered all my necessary goodies beforehand. 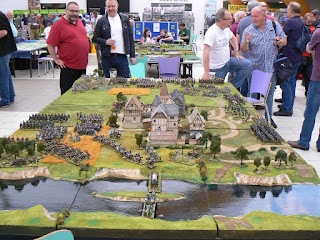 This is Barry Hilton and his crews offering. Would you believe that I never got a chance to ask him what it was. (note to self, must try harder next time). 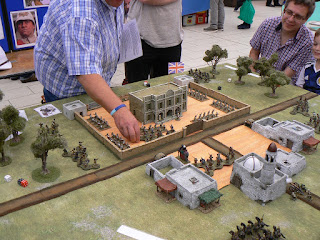 This the Leuchars Veterans Carrying On Up The Khyber. 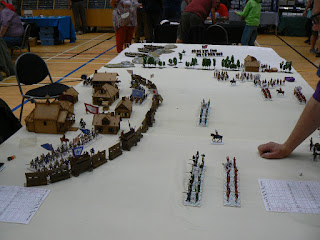 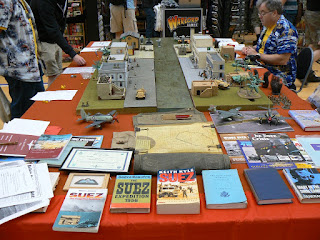 Some of my former clubmates now formed as the Gothenburgh Gamers dabbled in a great big canal assisted (I believe) by a Suez veteran, well done that man.

More details from a chums blog. 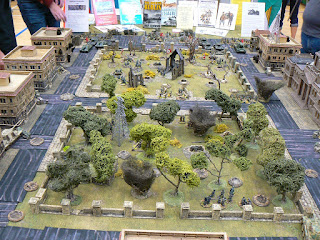 King in the North, Dale Smith and his retinue went touring through a 1945 Berlin Square. I never got a chance to check back later to see how the advancing Russian hordes got on and did any of the beleaguered Germans survive. 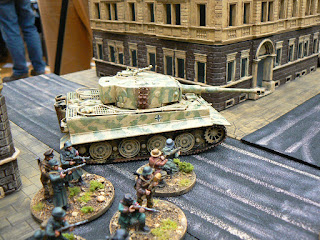 Every WW2 game with Germans in it just have to have a Tiger and so they did.

Meanwhile, back at home. 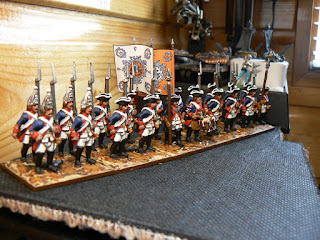 Here's some 7YW Crusader Prussians I am doing for a chum. 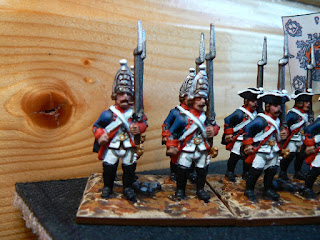 The battalion includes a Grenadier company who will be siphoned off to join other companies in a Converged Grenadier unit. 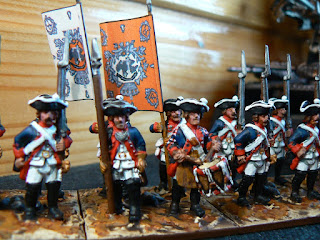 Those in the know will be able to say this is a 1st Battalion. 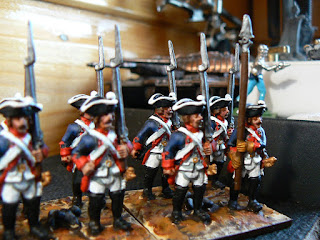 Now, all they need is some tufts and static grass.

Had a phone call this morning from Oncology. They have cancelled my appointment due on Tuesday of next week.

I have been transferred back to Urology expecting an appointment and some more precautionary CT scans. I would take all that as an improvement.