My assault on the lead, plastic and resin pile continues. This time I picked on a box of  War of the Spanish Succession Artillery by Wargames Factory. 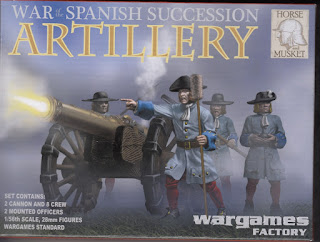 I don't recall what the price was but I expect it was about £18. Wargames Factory products are now being marketed by Warlord Games and this box has not appeared on their store website yet. 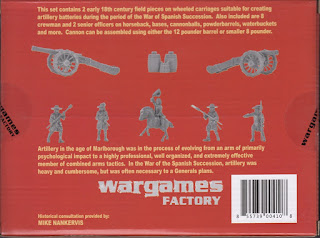 In the box you get two identical sprues. 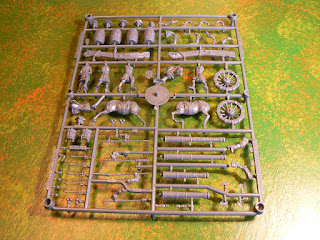 The horse and the gunners are not moulded with bases. 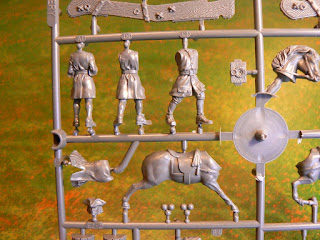 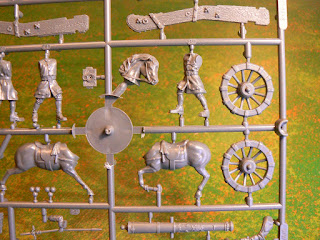 Fortunately some bases are included in the box. 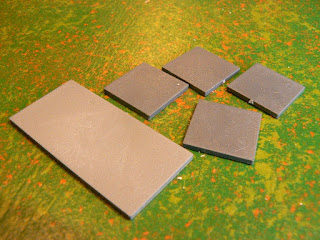 I had to do some drilling and pinning before painting them.

Here is how they turned out. 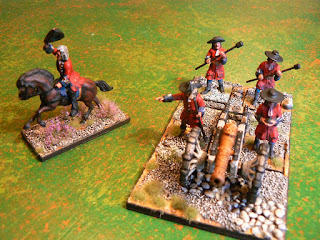 Here is the mounted officer waving to the troops. He has an option of a sabre if you wanted him to be leading a charge. 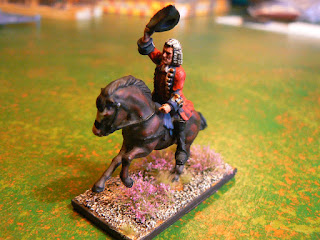 I have painted the gun crew to represent British Royal Artillery before they changed to their blue uniform. 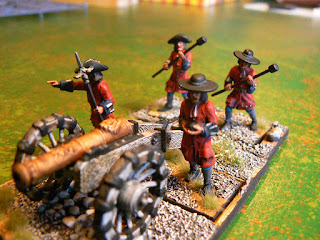 They are individually based so I can represent crew casualties if need be. The top layer of the gun base is 2 mm thick plastic card. I marked and cut out the squares where the crew stand. The crew bases are 20 mm square so the cutouts are 21-22 mm square to allow some clearance. I then glued a layer of steel paper with the green side upwards over the entire base. Finally I peeled off the covering sheet underneath and covered the entire base with magnetic tape sticky side up. The two sticky layers together helps counteract any warping of the magnetic tape. The texturing is a variety of plaster, pebbles and sand. 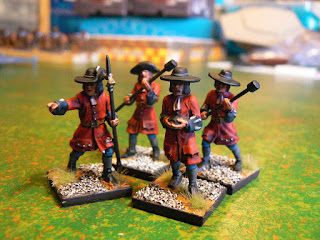 I have glued the gun directly to the base as artillery was not limbered up and moved about much in this period. Note the differing effects of the pebbles, sand and tufts on the base. 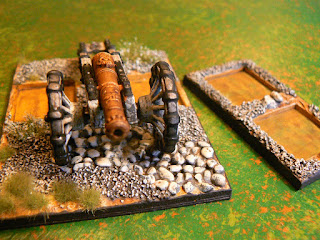 I chose the 8 pounder barrel option as opposed to the 12 pounder. 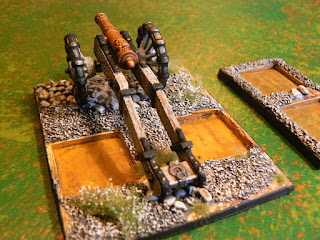 Note the special tufts with white flowers. I got mine from Warbases.

Posted by Jim Duncan Wargamer at 11:47