I have a game in progress on table at the moment. A Greek Confederation army is attempting to force a pass through the mountains while a Spartan army rushes to stop them.

Here you can spot two large units of Spartan hoplites snaking towards the pass supported by some Macedonian cavalry and a unit of helots on the high ground above the pass. Contact so far has been between accompanying light units but nothing will stop their heavier comrades coming to blows. 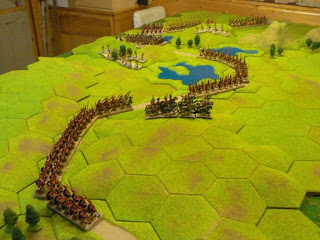 The mountain road passes through a swampy area where there is little room for deployment. 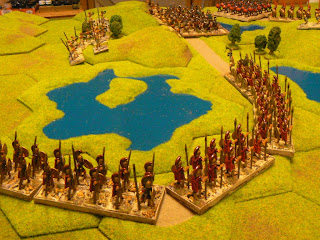 A unit of Italian mercenaries armed with deadly Pila come thundering down the road and may cause an upset amongst the Spartans. 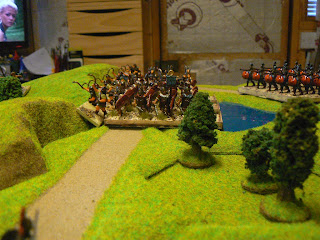 More Greek infantry await their chance just around the corner. 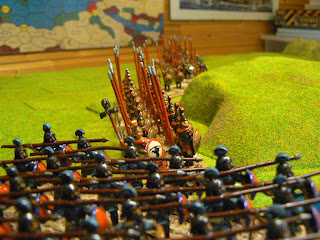 There are plenty of them. 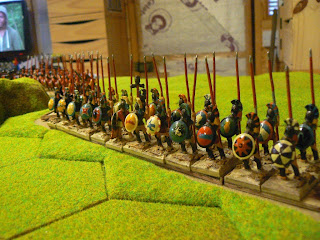 These chaps will be unimpressed, 'We are Spartans', they shout. 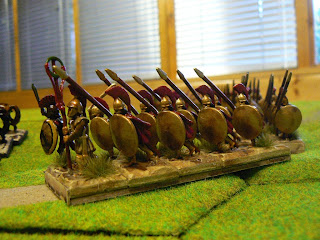 This game will be continued at a later date. The figures are all old 25mm mostly from Minifigs, Garrison and Greenwood and Ball. The rules we used are Slim Mumfords Ancient rules dated 1972.