While searching for some figures I had recently misplaced I came across a couple of boxes of unpainted lead.

The first box was full of bags and bags and bags of figures. A closer inspection revealed them to be Napoleonic Russians suitable for 1812, Napoleons Russian Folly.

One bag contained 14 figures, an officer, an ensign, a drummer and 11 rank and file. 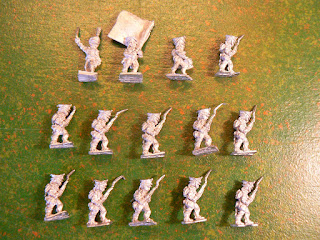 I wonder what ruleset I had in mind when I bought these?

The figures are quite chunky and 15mm from foot to eye. 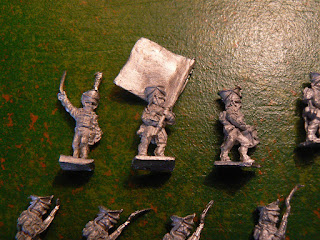 There were 13 bags labelled 'Musketeer' and 4 bags labelled 'Grenadier'. Apart from a few different officer poses these bags were all identical, i.e. the rank and file figures were the same. 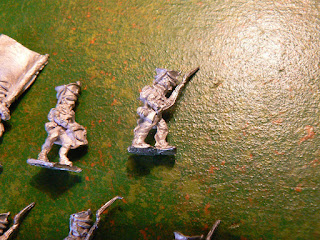 I'll need to check my painting sources but it may be that it only needs a suitable paintjob to differentiate a Grenadier from a Musketeer in 15mm in this period.

The only manufacturer I can think that they may be is Tabletop Miniatures, long since defunct. Does anyone recognise the figure code on the base? It appears to say PN 10. 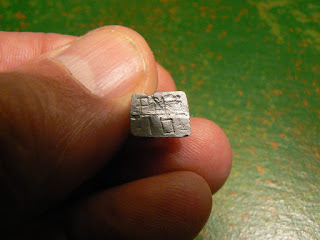 The rest of the box contents included a bag of Pavlov Grenadiers, a couple of big bags of cavalry, some line foot artillery and some line horse artillery.

These figures will be up for grabs later this year although I am tempted to paint them up and use them for something like upsized Neil Thomas' One Hour Wargames, or maybe the old WRG set or maybe even Black Powder.

The second box remains untouched athough I expect that it will contain a French army suitable for 1812.

Posted by Jim Duncan Wargamer at 14:05