What, No Blood and Guts!!

I've had a chance with a chum to play some gladiator games using the 'Munera Sine Missione' ruleset downloaded from:

We choose random fighters from my collection and set about exploring the rules. 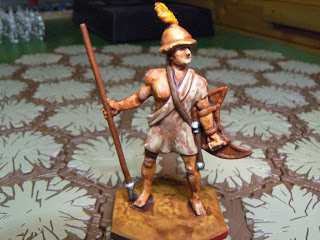 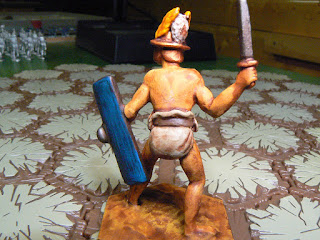 The first pairing was a Velite versus a Samnite, a fast spearman with a small shield versus a slower swordsman with a big shield. An early special event made the Samnite drop his shield which made him less slow. Both fighters were slightly Fatigued but the Velite had to appeal to crowd after being Knocked Down for a second time which he got away with. 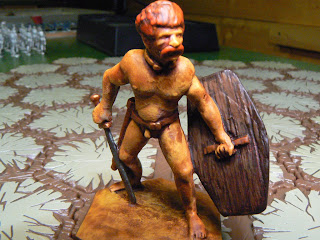 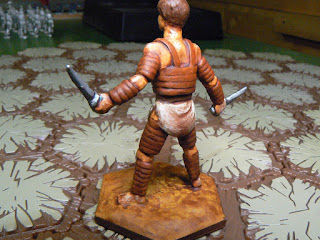 The second contest threw up a Gaul, big sword, big shield, no clothes versus a Dimachaerus, leather clad all over and a jaggy bit in each hand. Both fighters nibbled a bit off each other before the Gaul had to appeal to the crowd after a second Knock Down. He too got away with it. 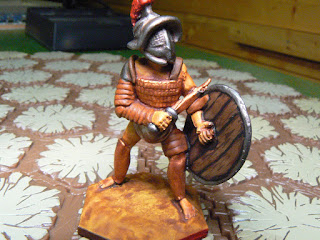 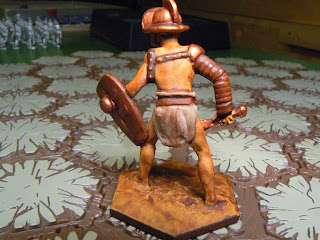 Then the 'real' gladiators turned up. The Myrmillion with lots of armour, big helmet and a sword lumbered in against a Thracian with much the same less the armour. The Myrmillion was very slow but very tough whereas the Thracian was fairly tough but much faster.

This was a ding dong of a fight with both gladiators succumbing to increasing Fatigue followed by Injury and Tiredness. The Thracian had even lost his sword but fought on gallantly with his shield. The Myrmillion was at a sheer standstill some of the time but Fatigue finally got the better of the Thracian who successfully appealed to the crowd.

So, at the end of the games no fighter was killed, or even seriously injured and the only evident damage, apart from a lost sword was to various 'ego's.

We liked the gladiator classification, the movement (Action Points) and the Saving Throws. We were a little bit disappointed with the combat sequence which we will rewrite and hope to add some 'gore' to the game.