Slow but steady progress is being made as, hopefully these photographs will show. Most bases are finished with tufts in place. I may add a few more tufts in due course, maybe some static grass too.

Some late hard landscaping in my garden and also preparation for an upcoming show has added a lot of clutter to my recently cleared table top. Never mind, it will soon be too cold and windy and wet outside to get much more done this year so some of the clutter will disappear shortly.

This is the current scene. 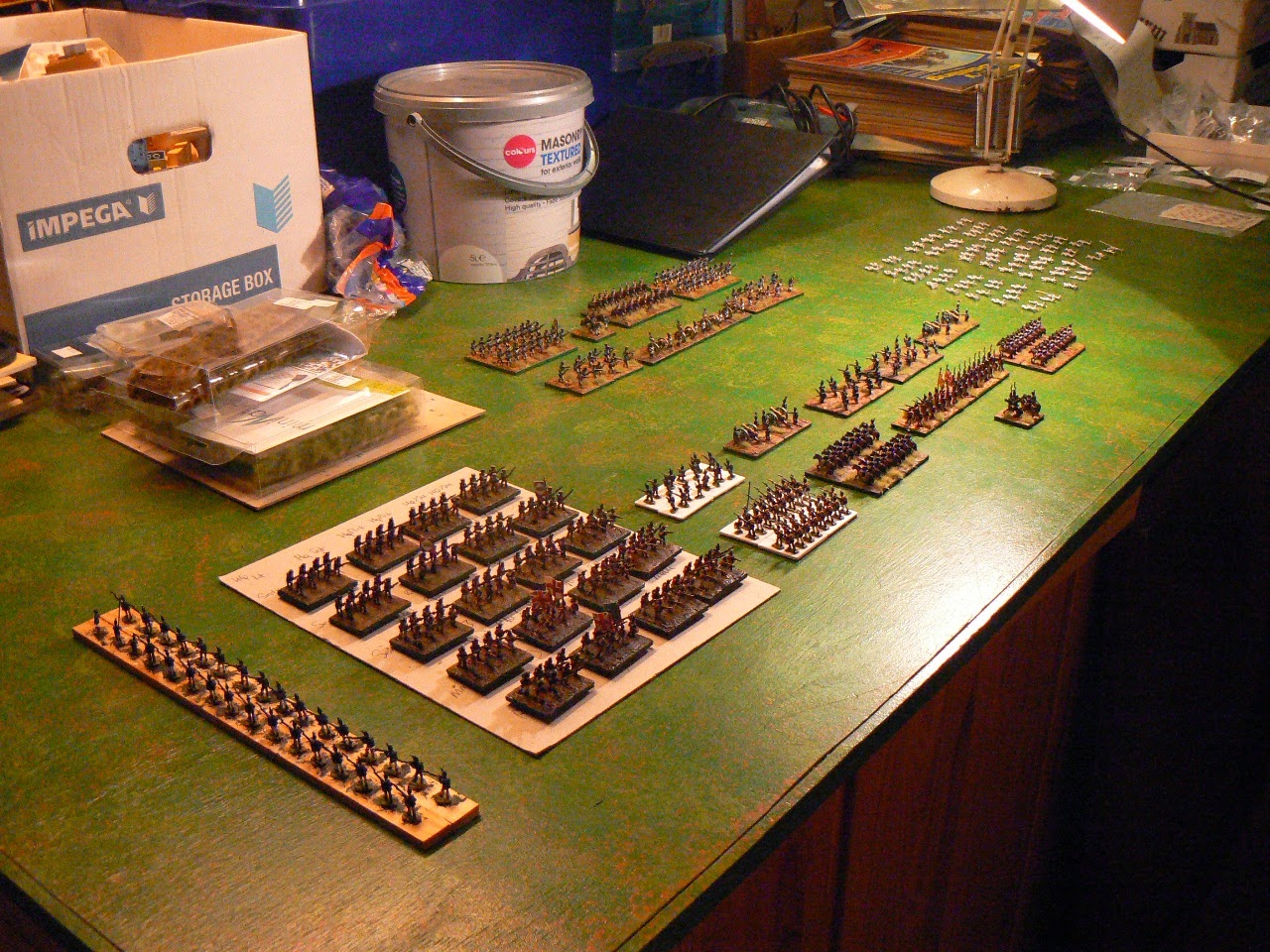 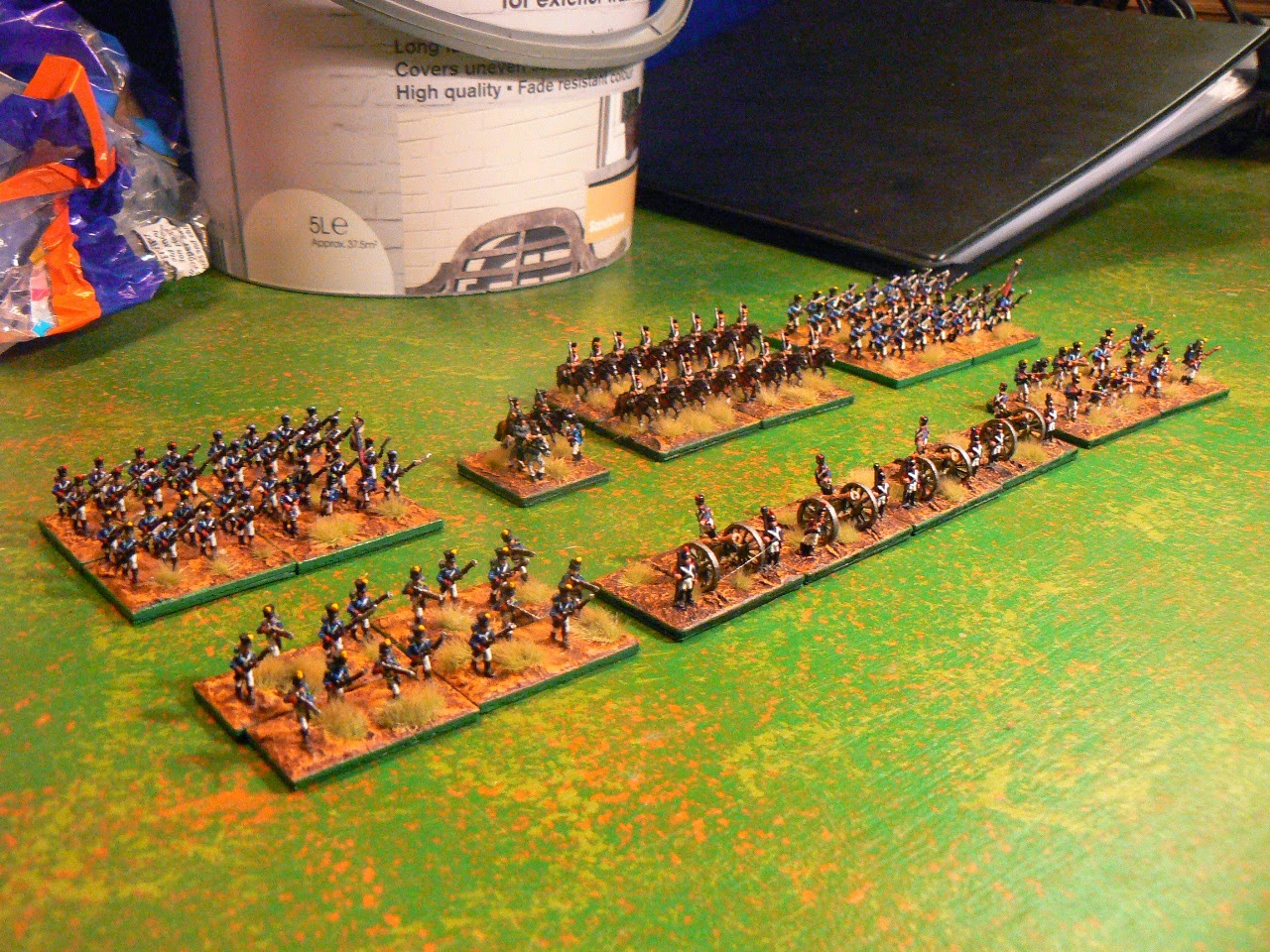 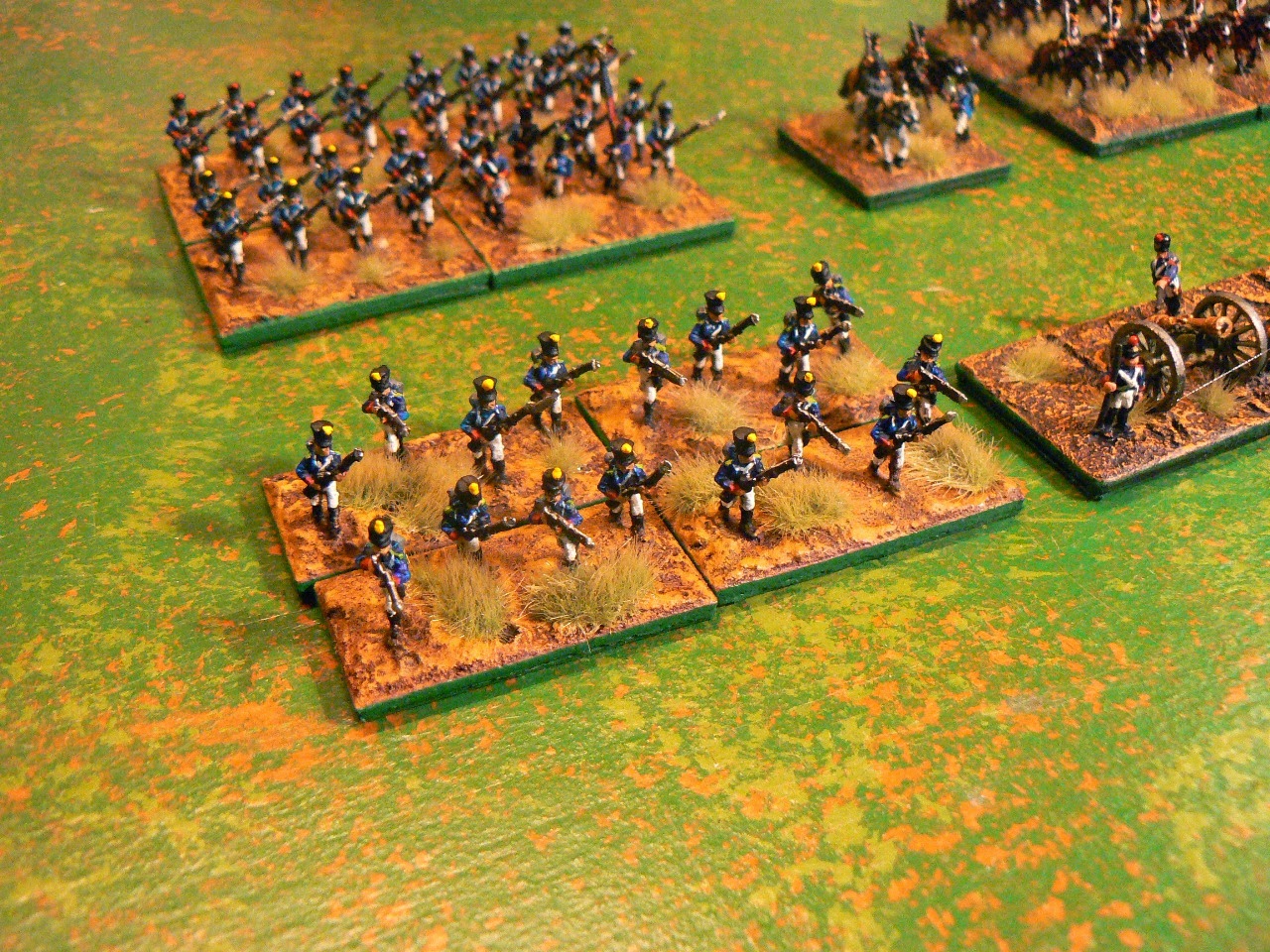 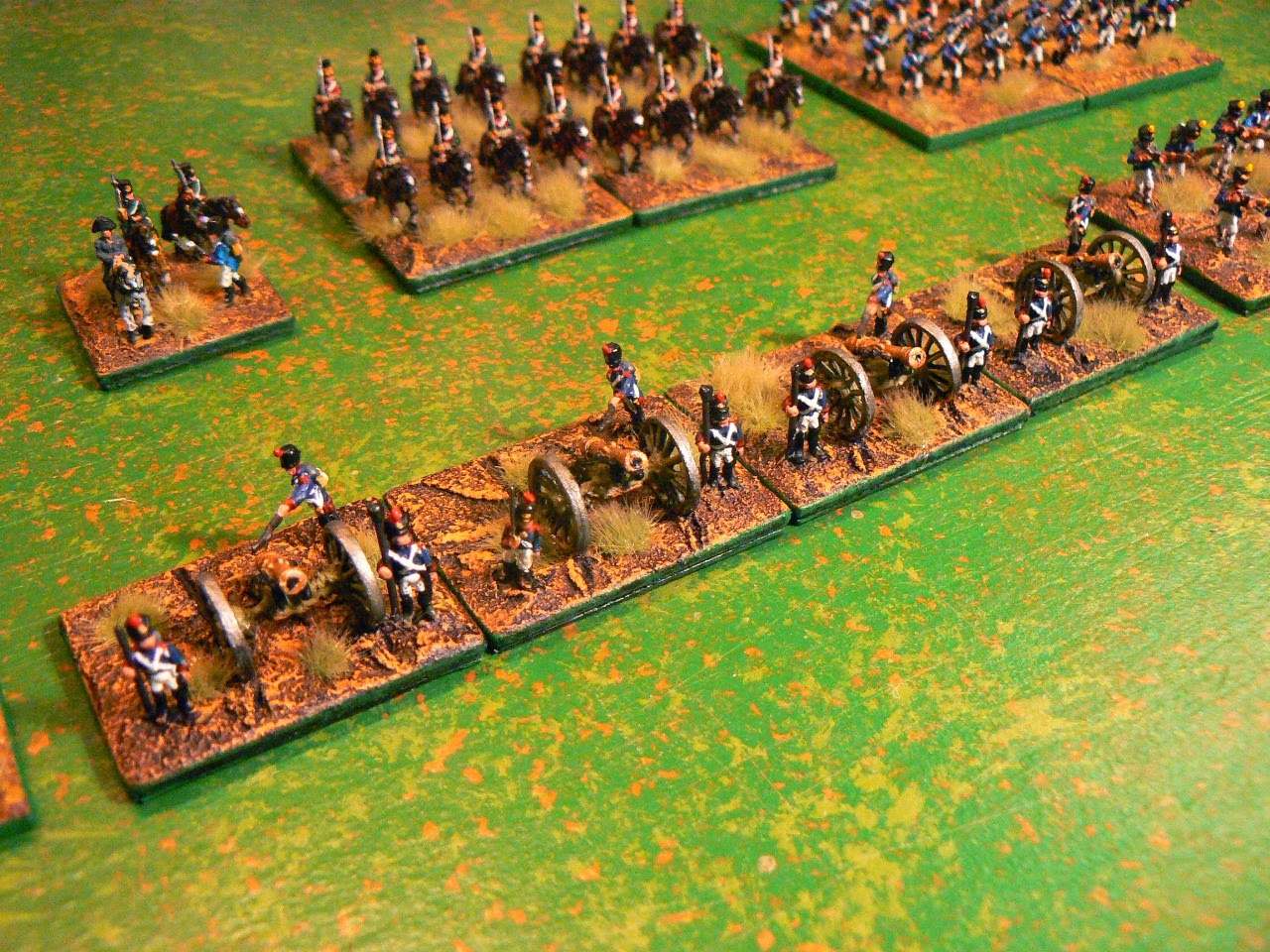 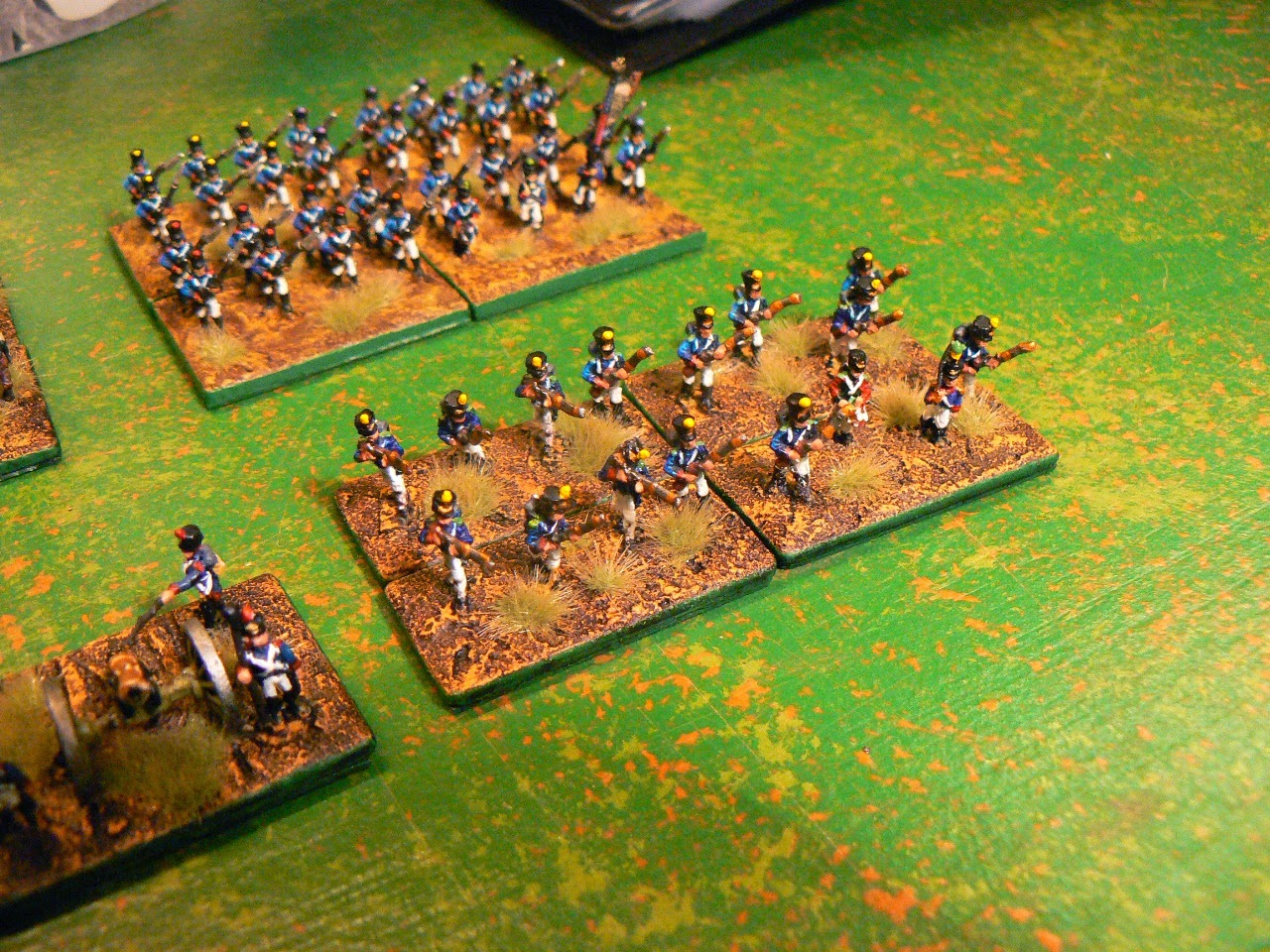 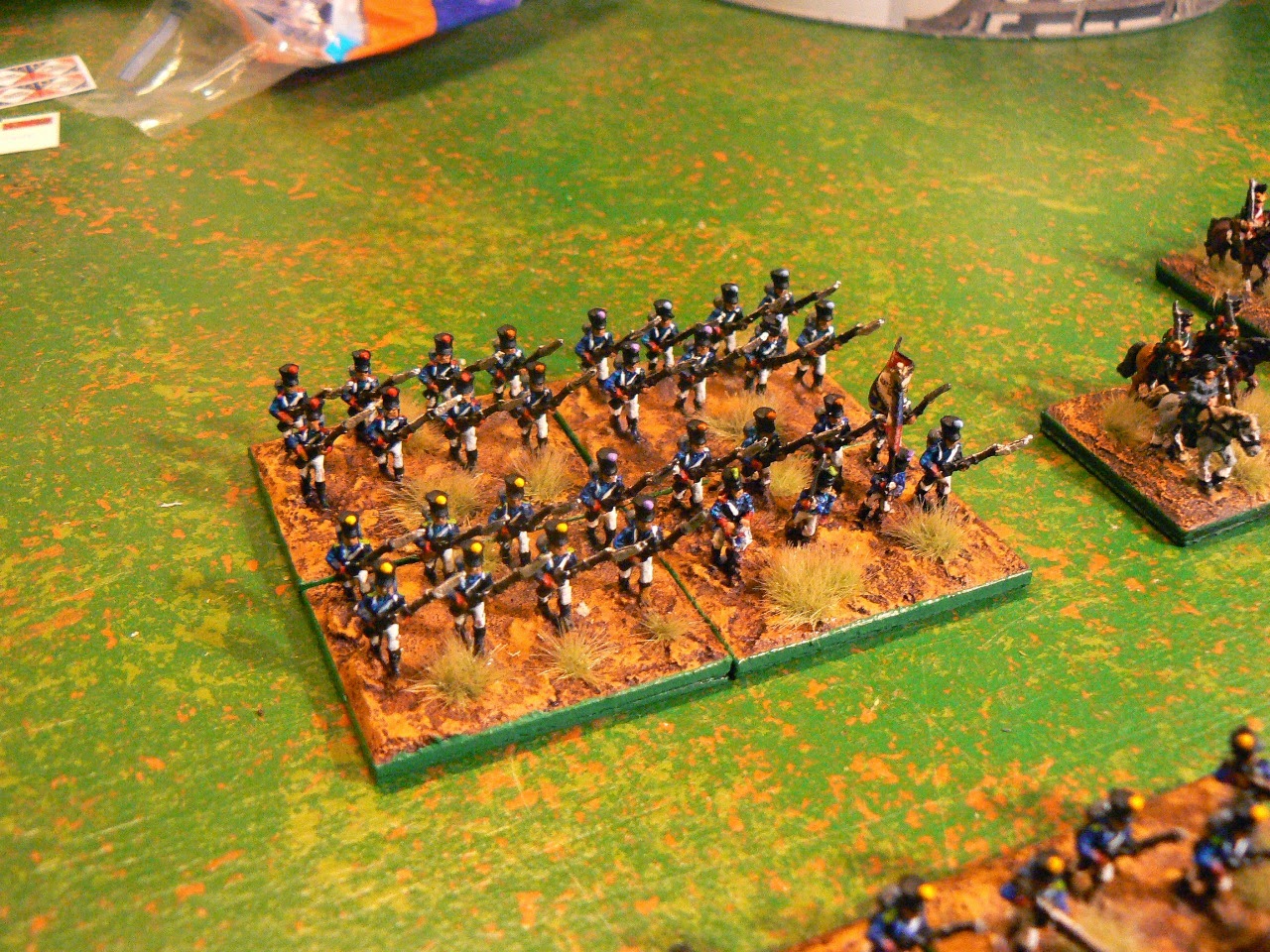 The Commander, anyone recognise him? 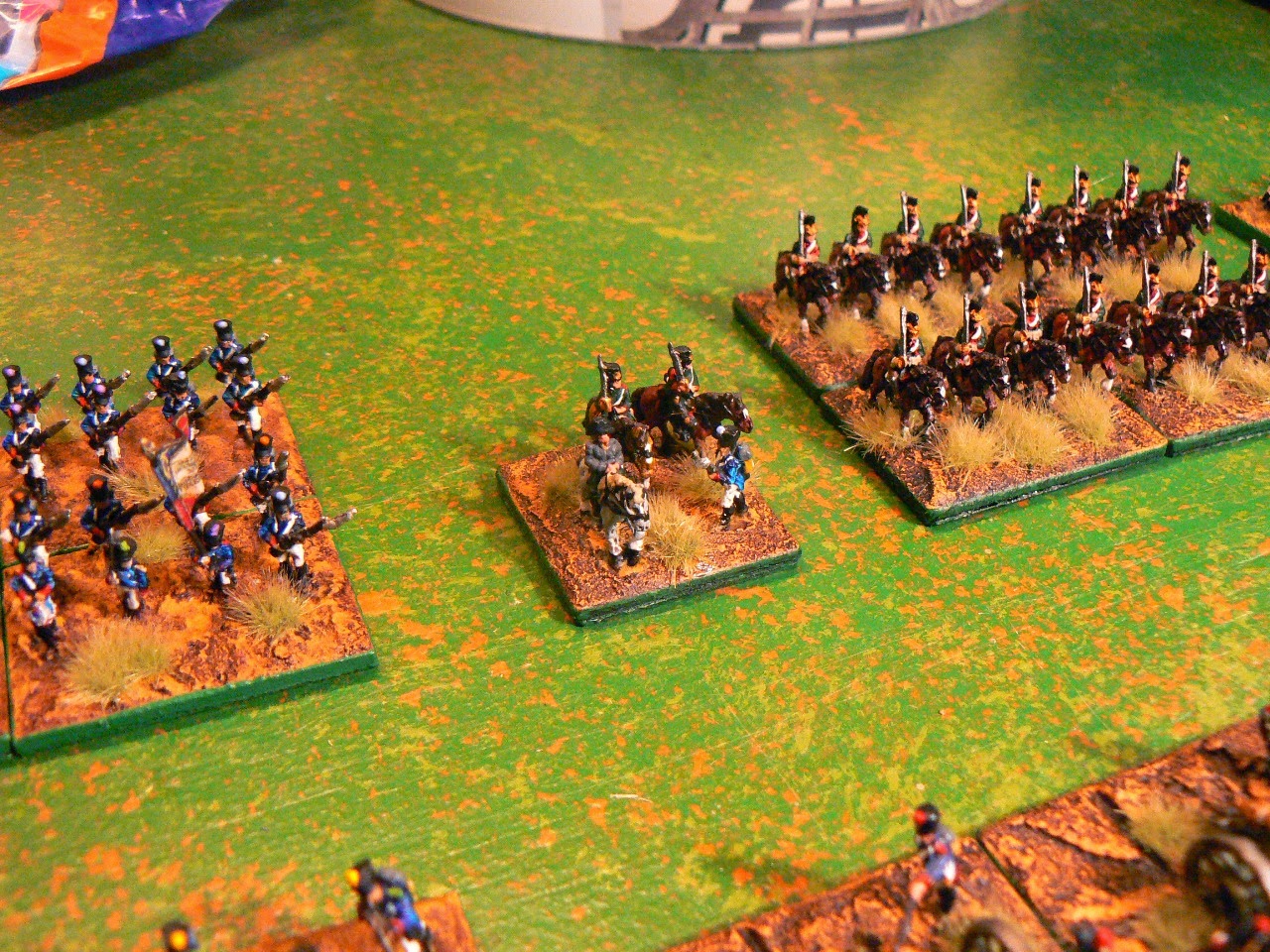 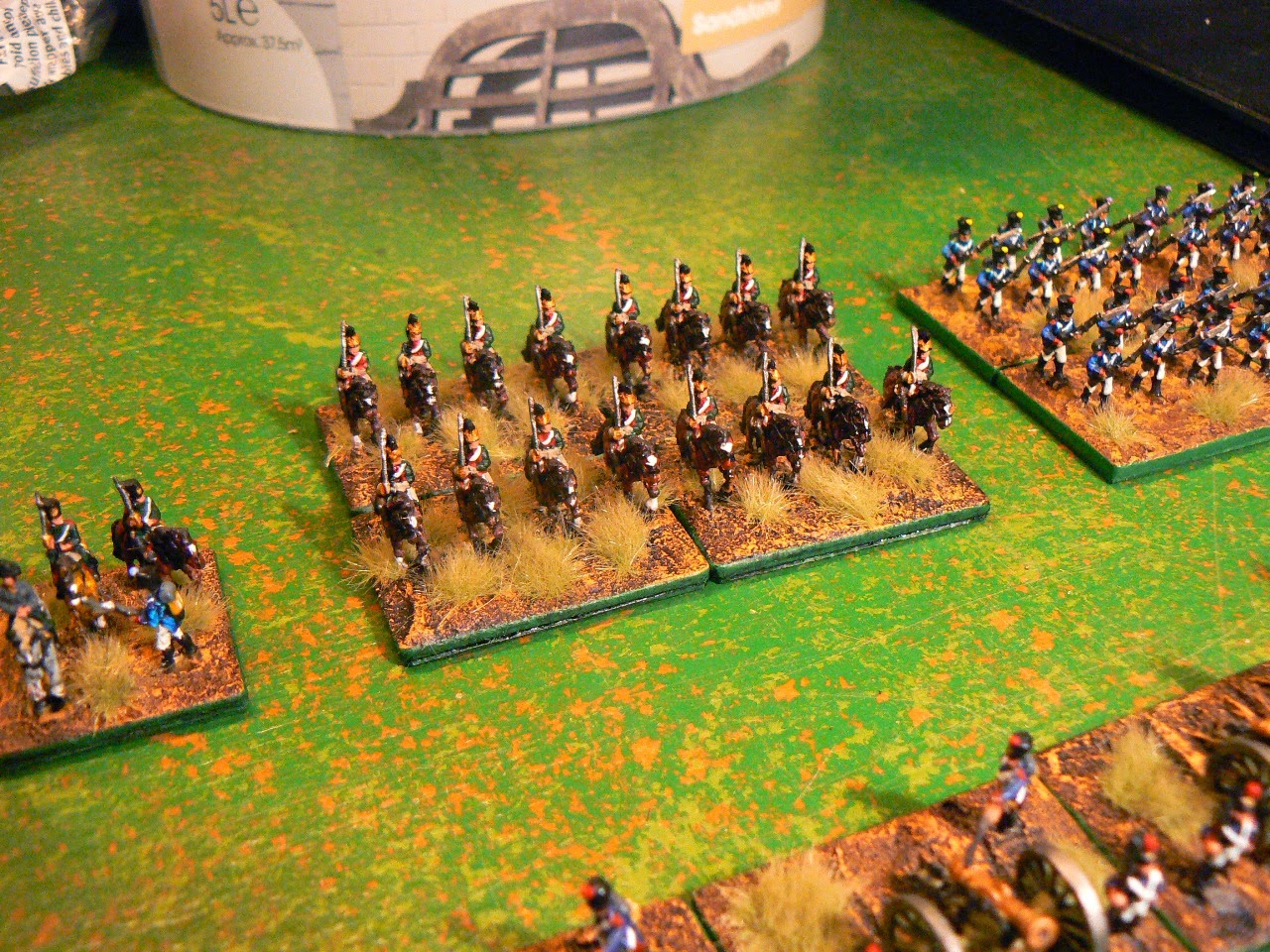 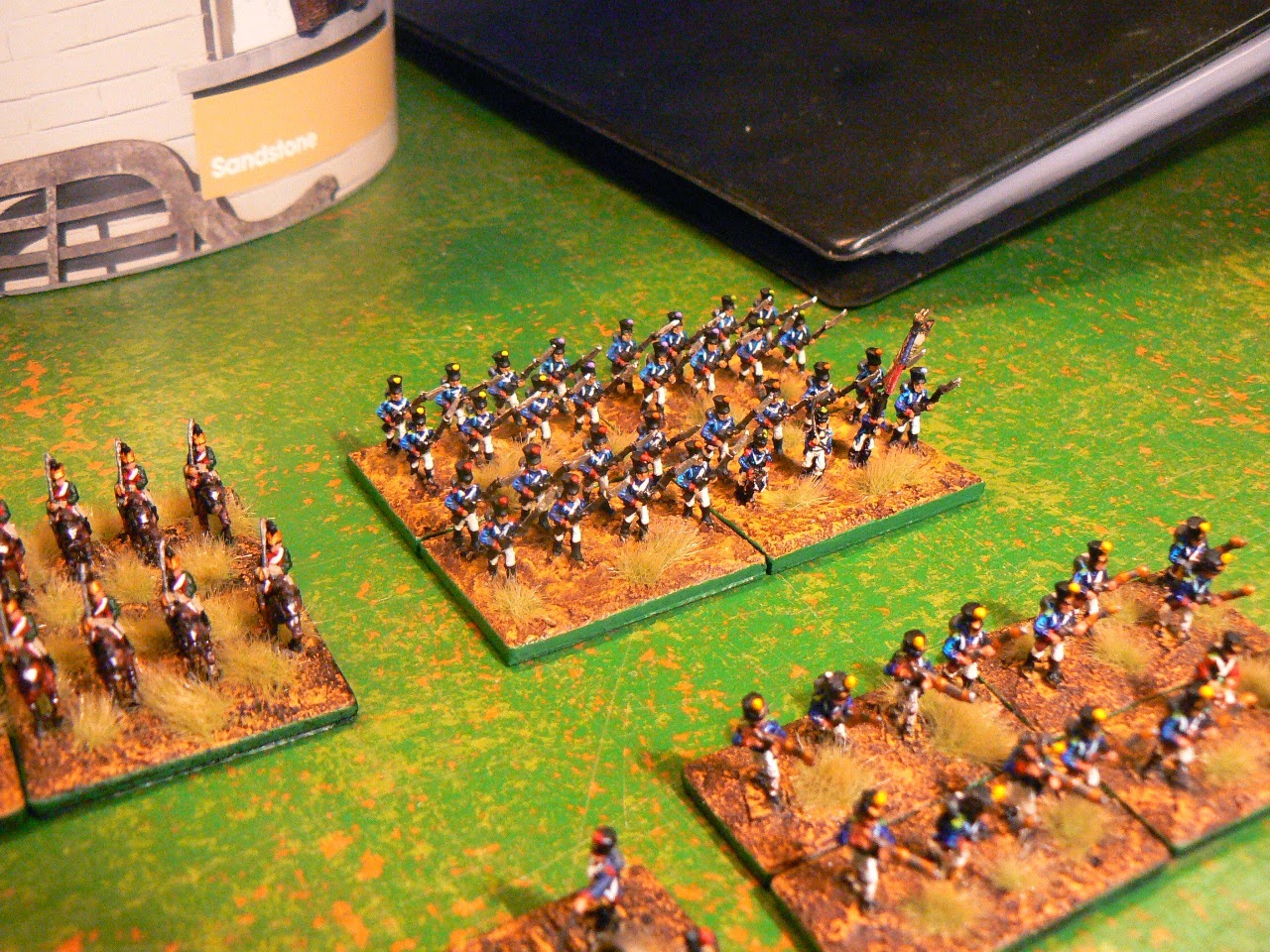 Facing them, the Anglo-Portuguese. 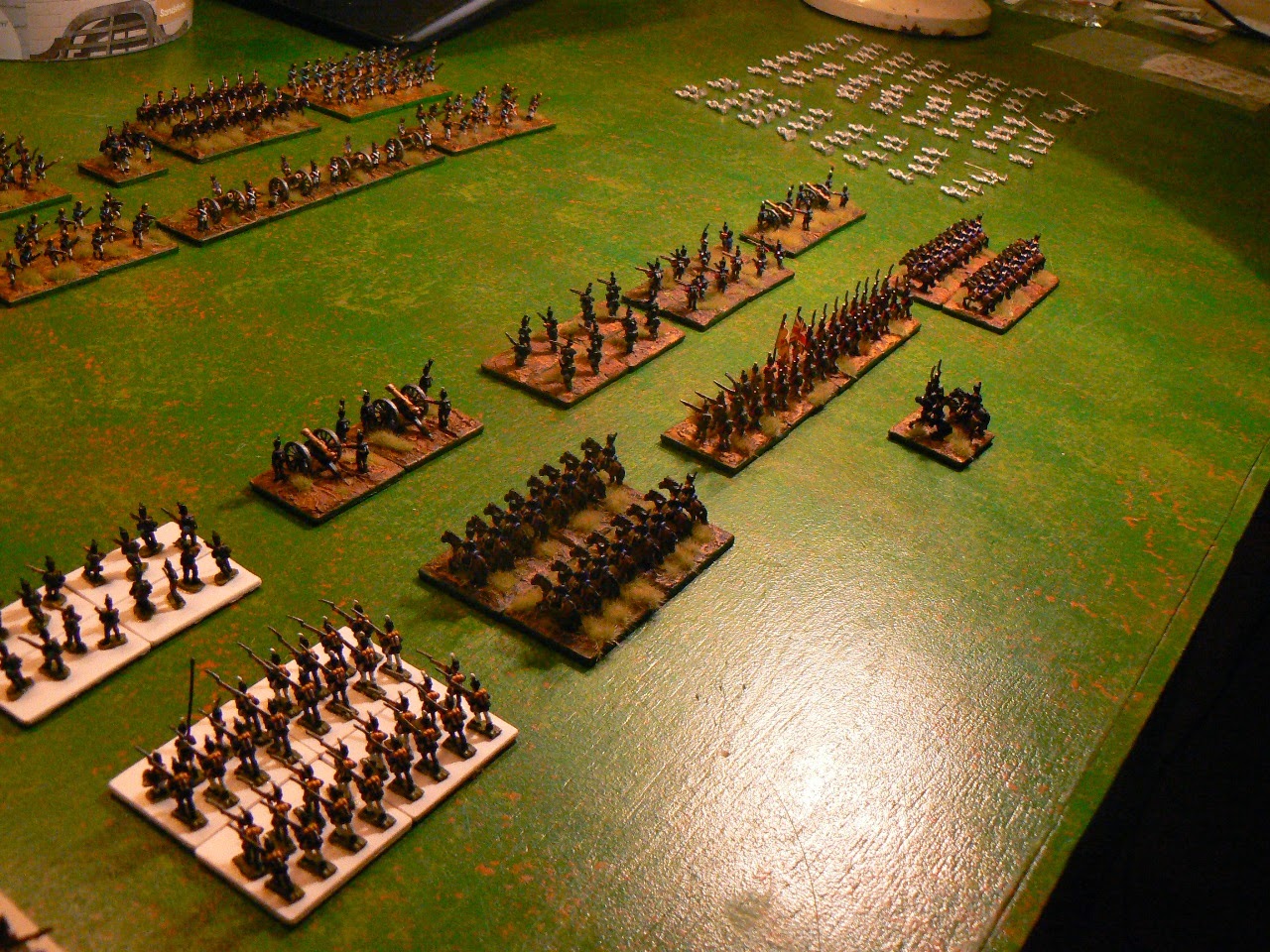 A couple of Foot Artillery batteries. 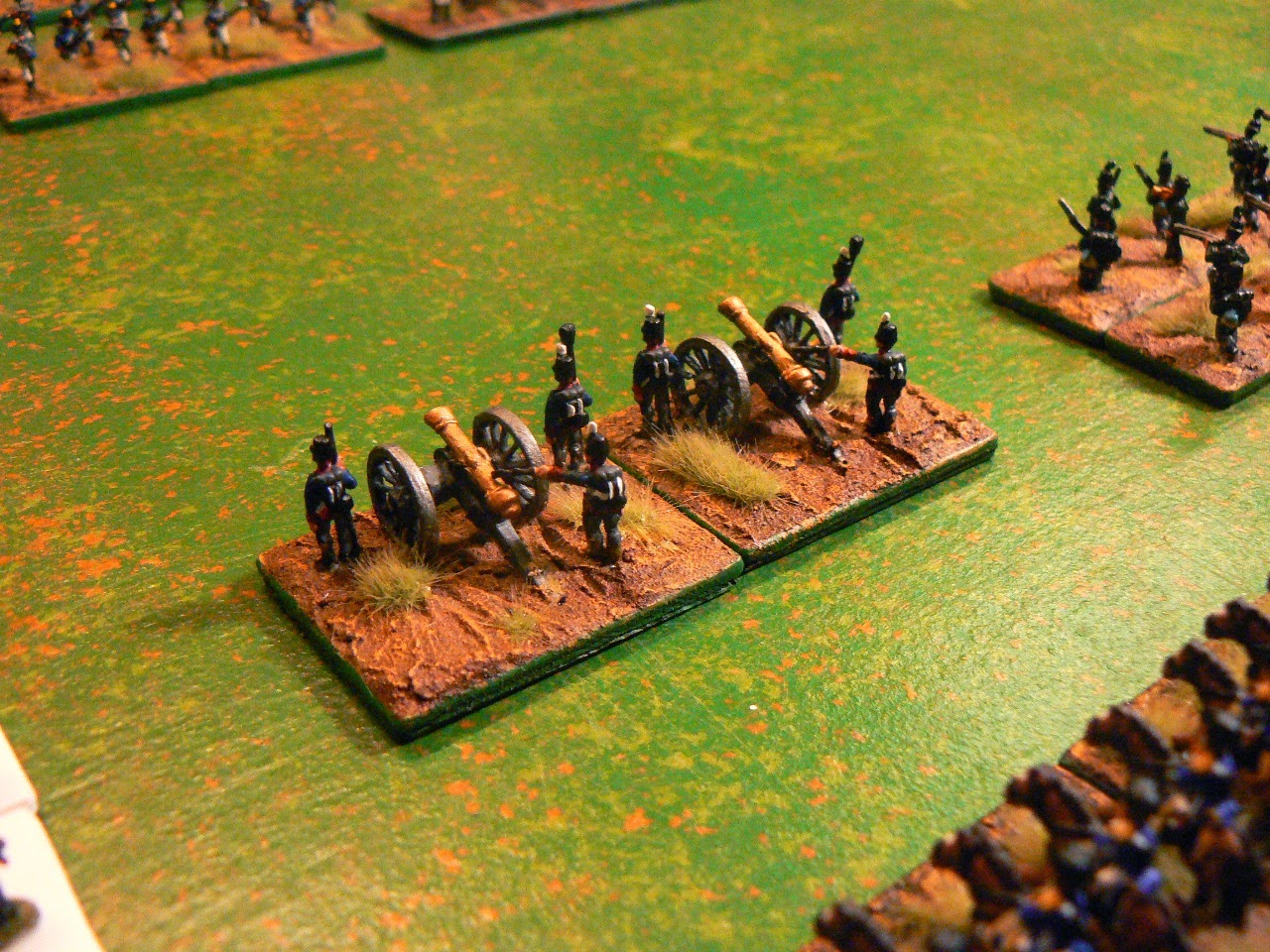 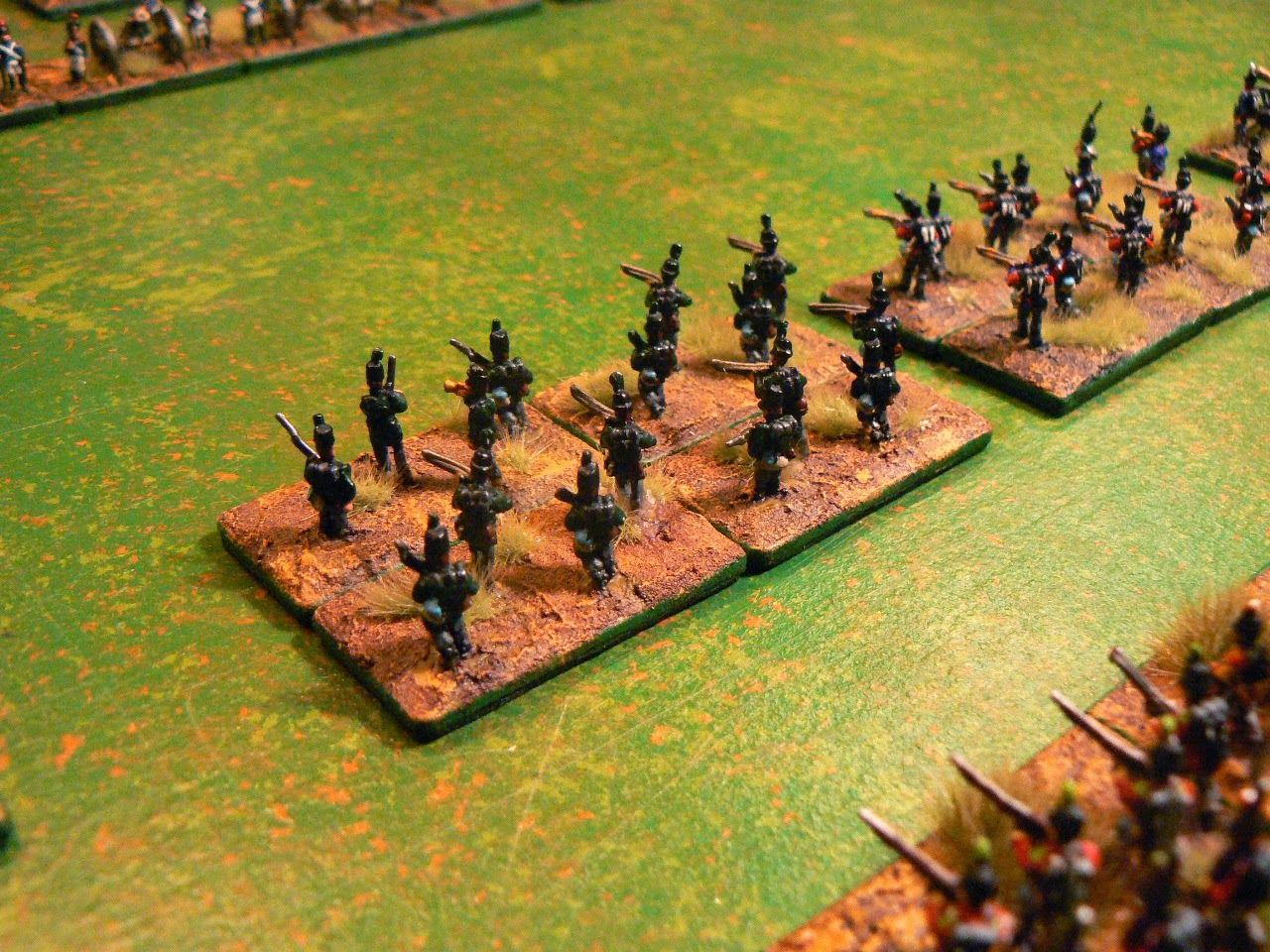 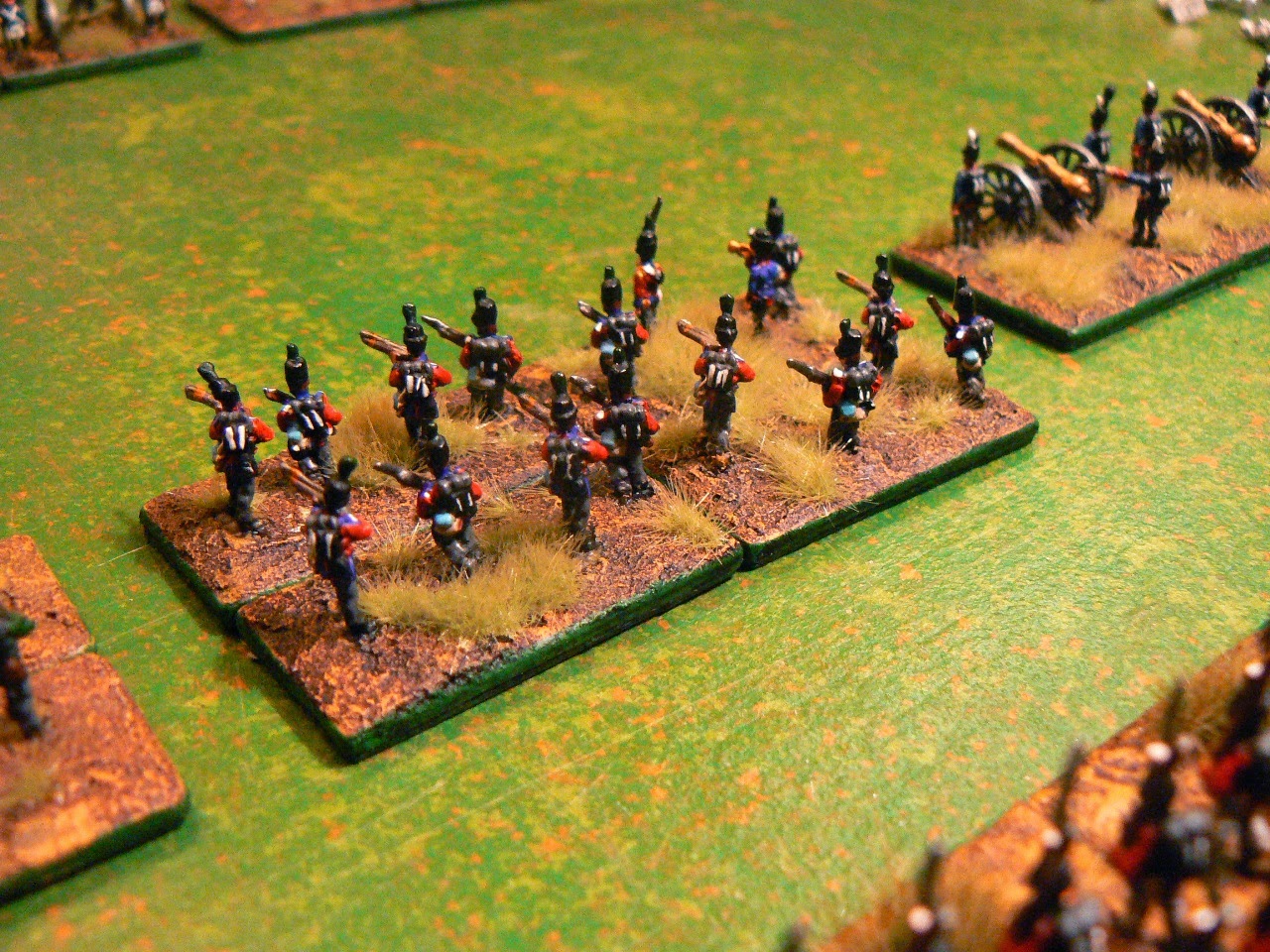 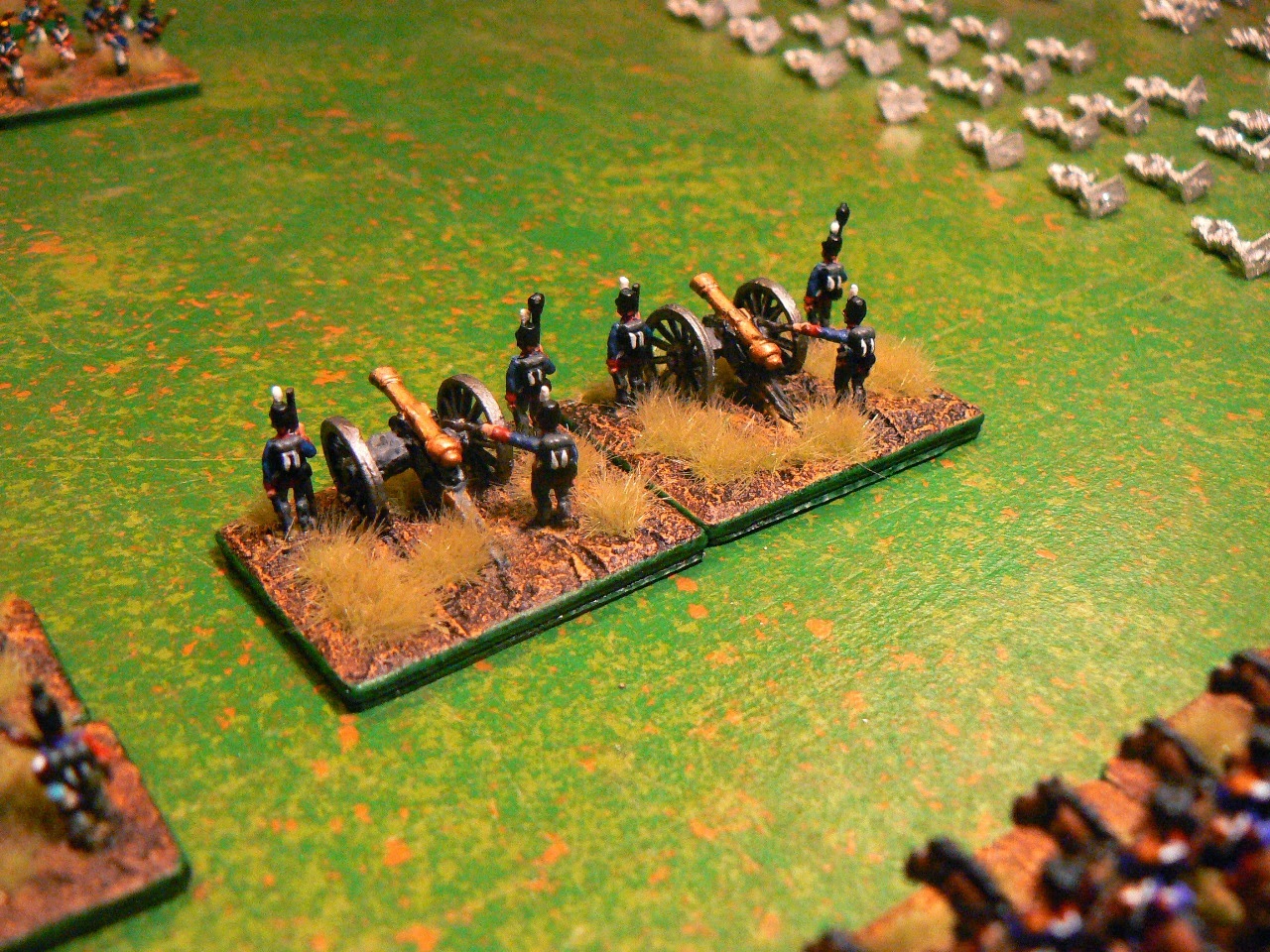 Light Dragoons on the Left Flank 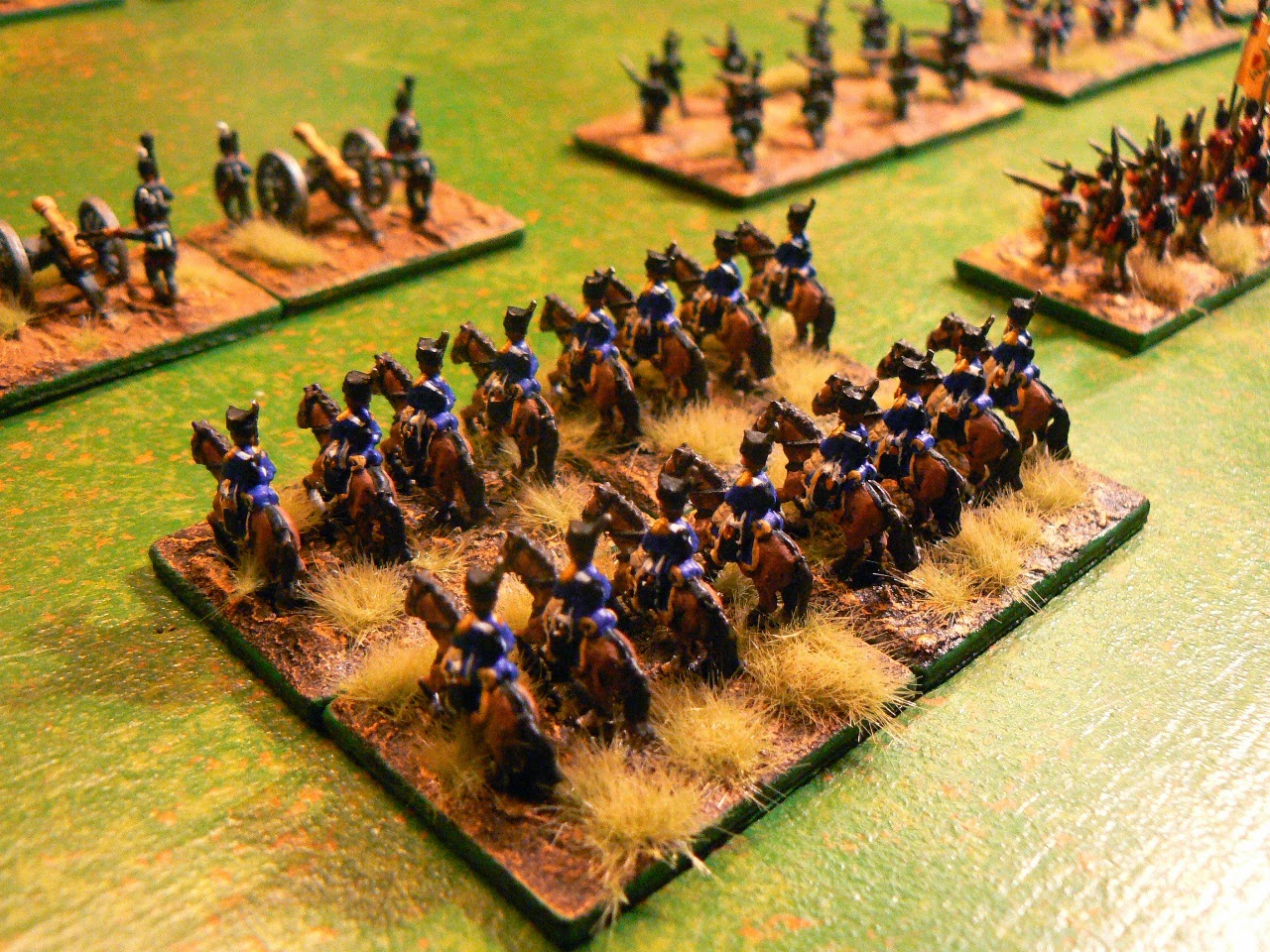 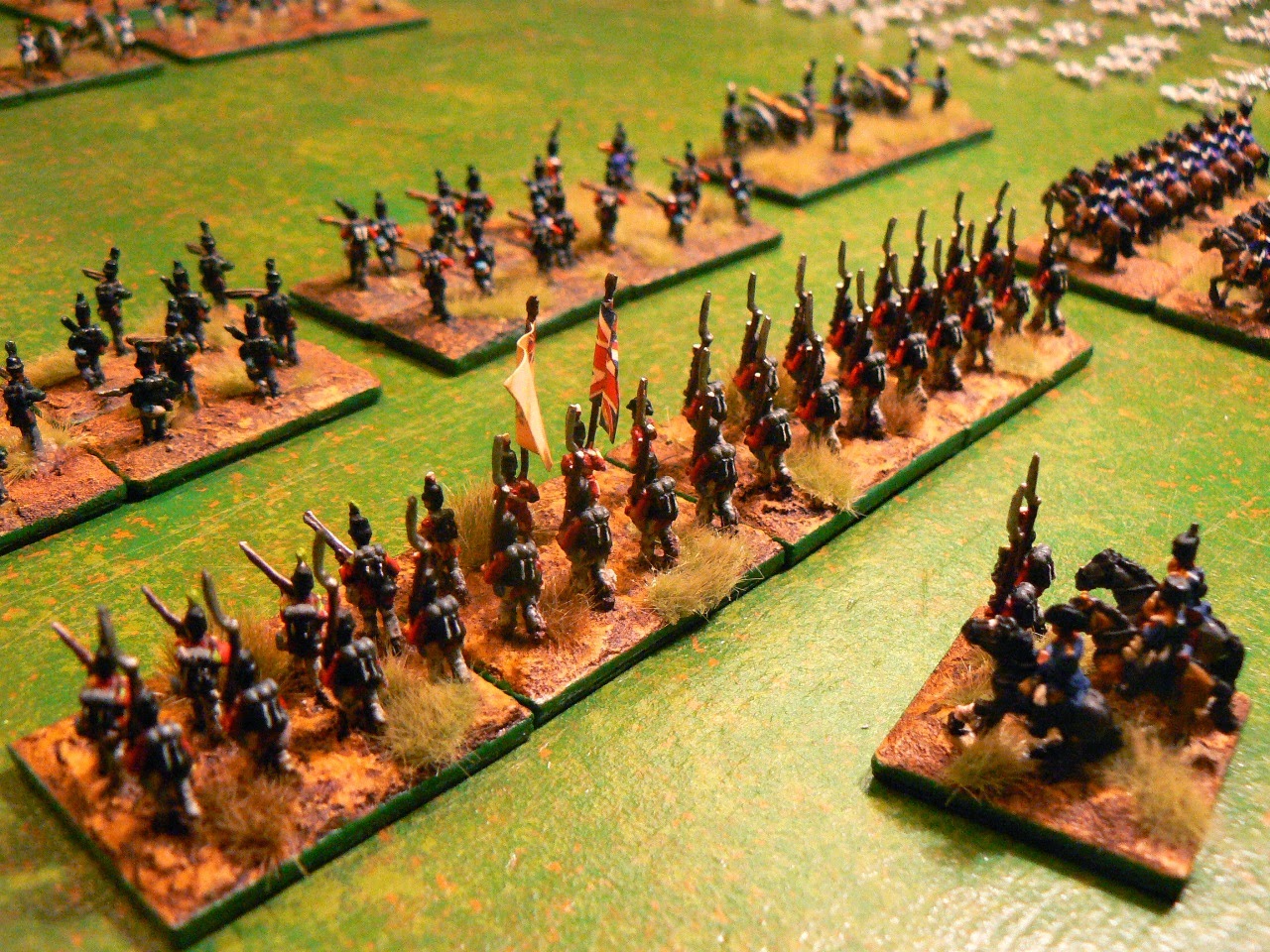 Light Dragoons on the Right Flank 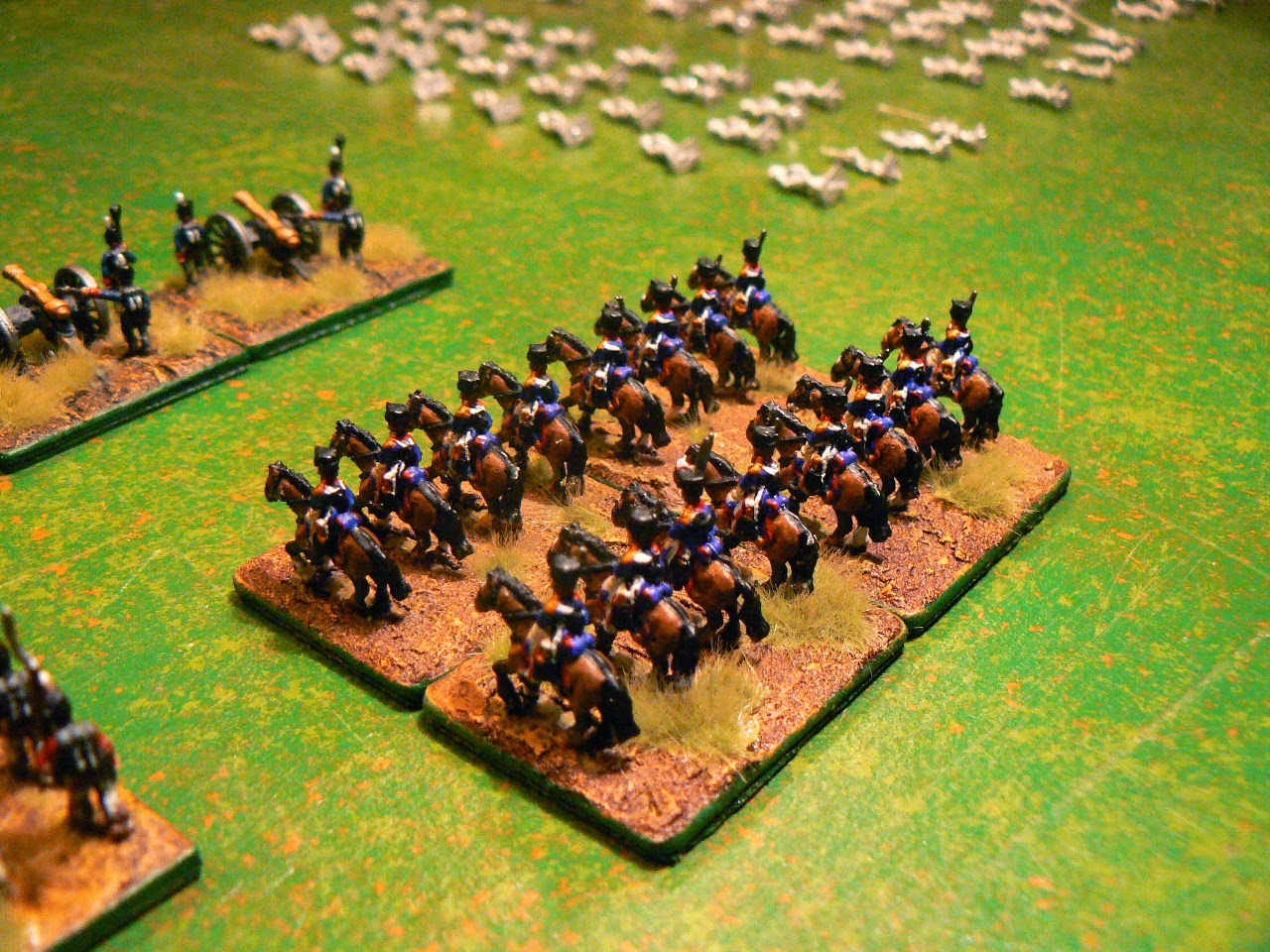 The Commander 'noses' about 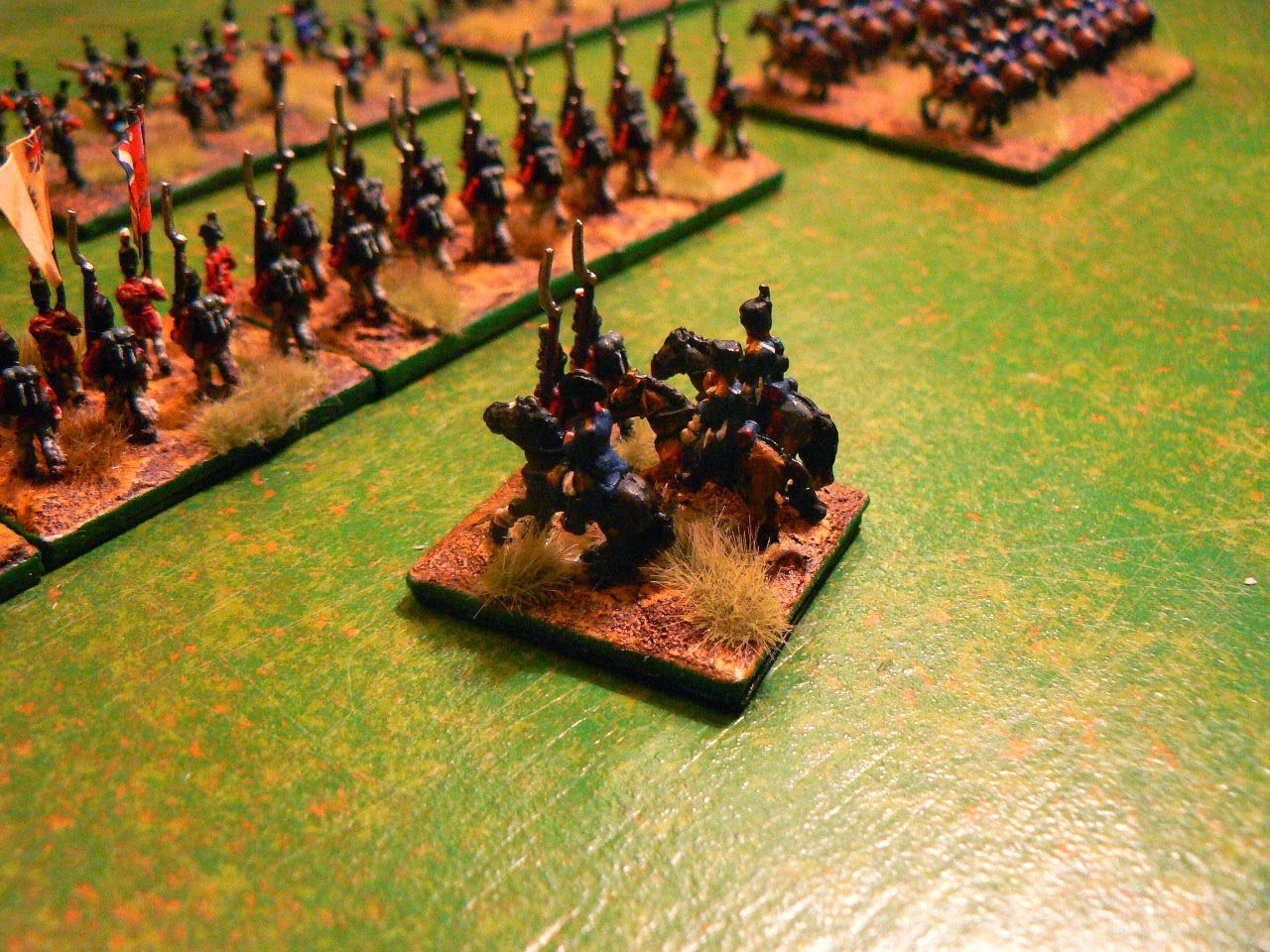 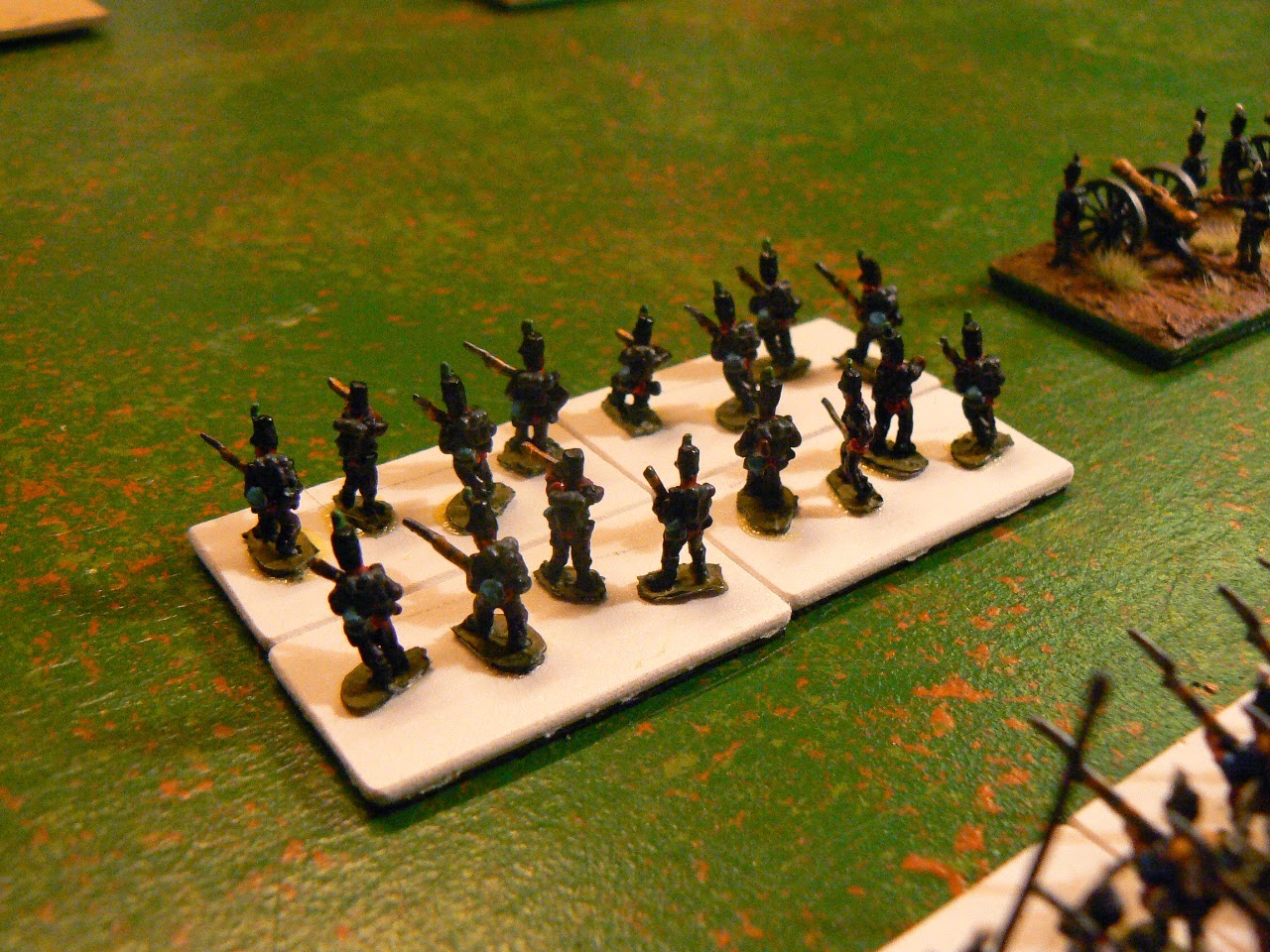 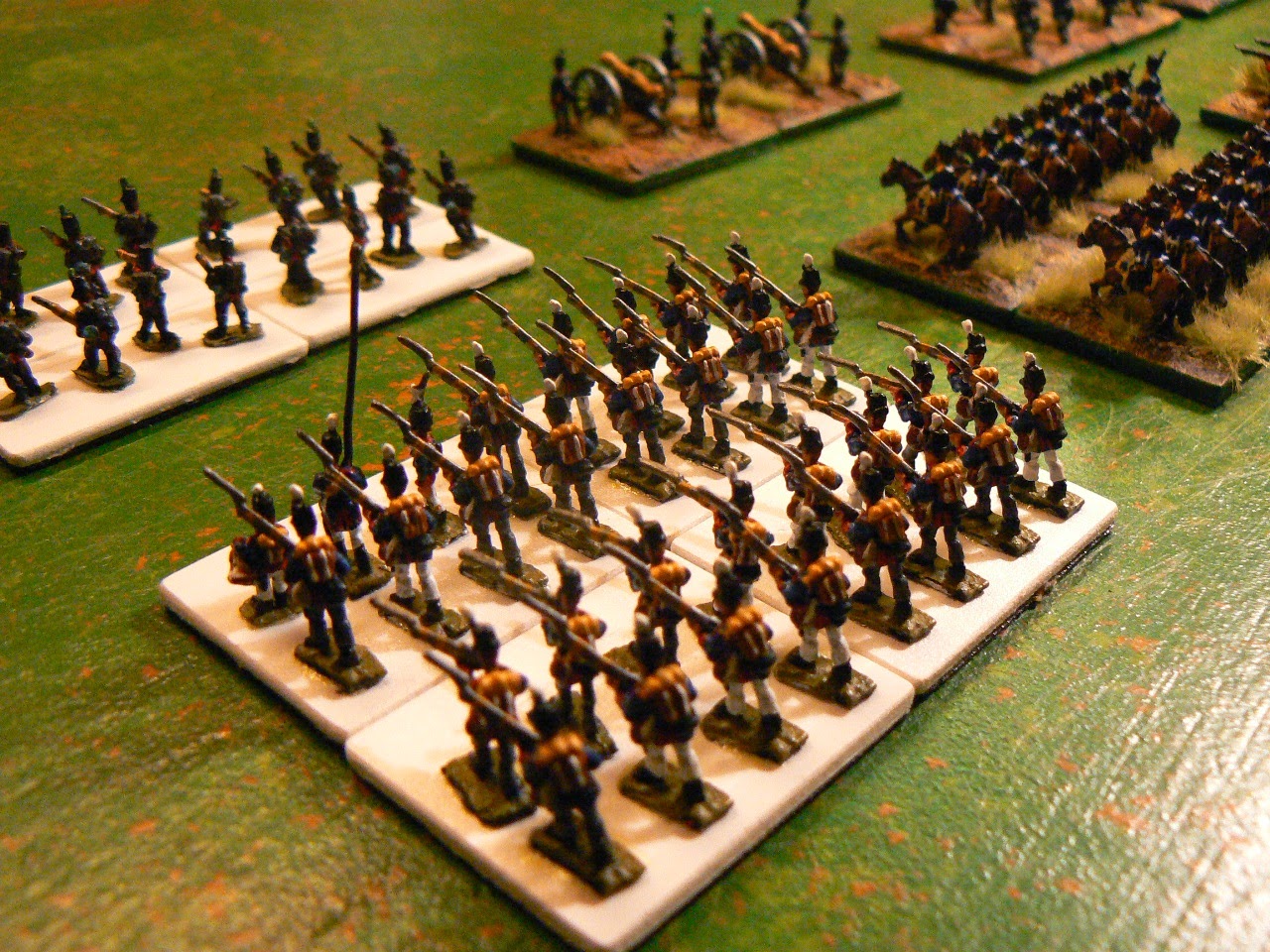 Five units, 3 British, 2 French waiting on their bases drying. I use Windsor & Newton inks to shade my bases. I like to let them dry for a couple of days as a varnish will lift any ink that is not completely dry. 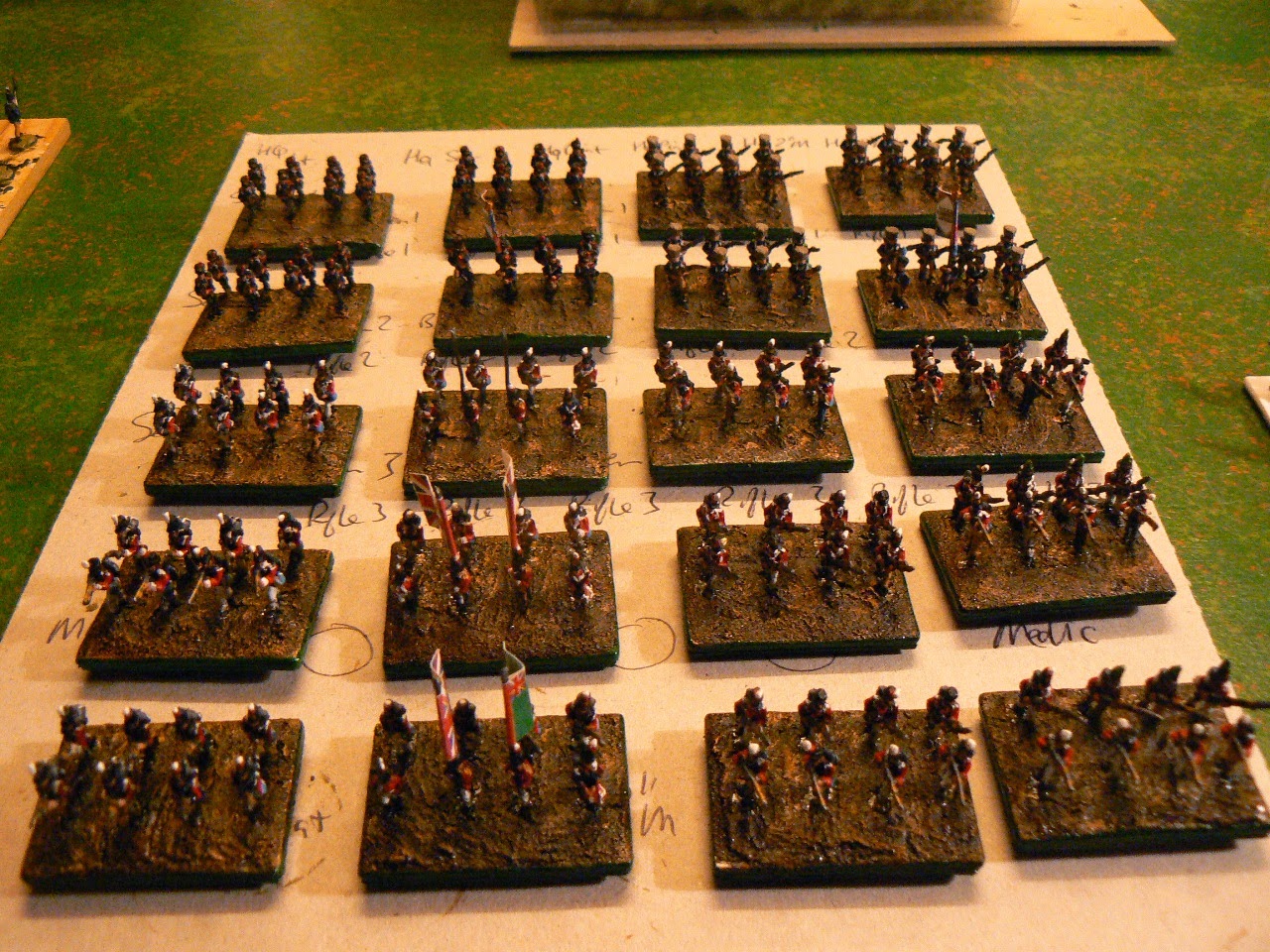 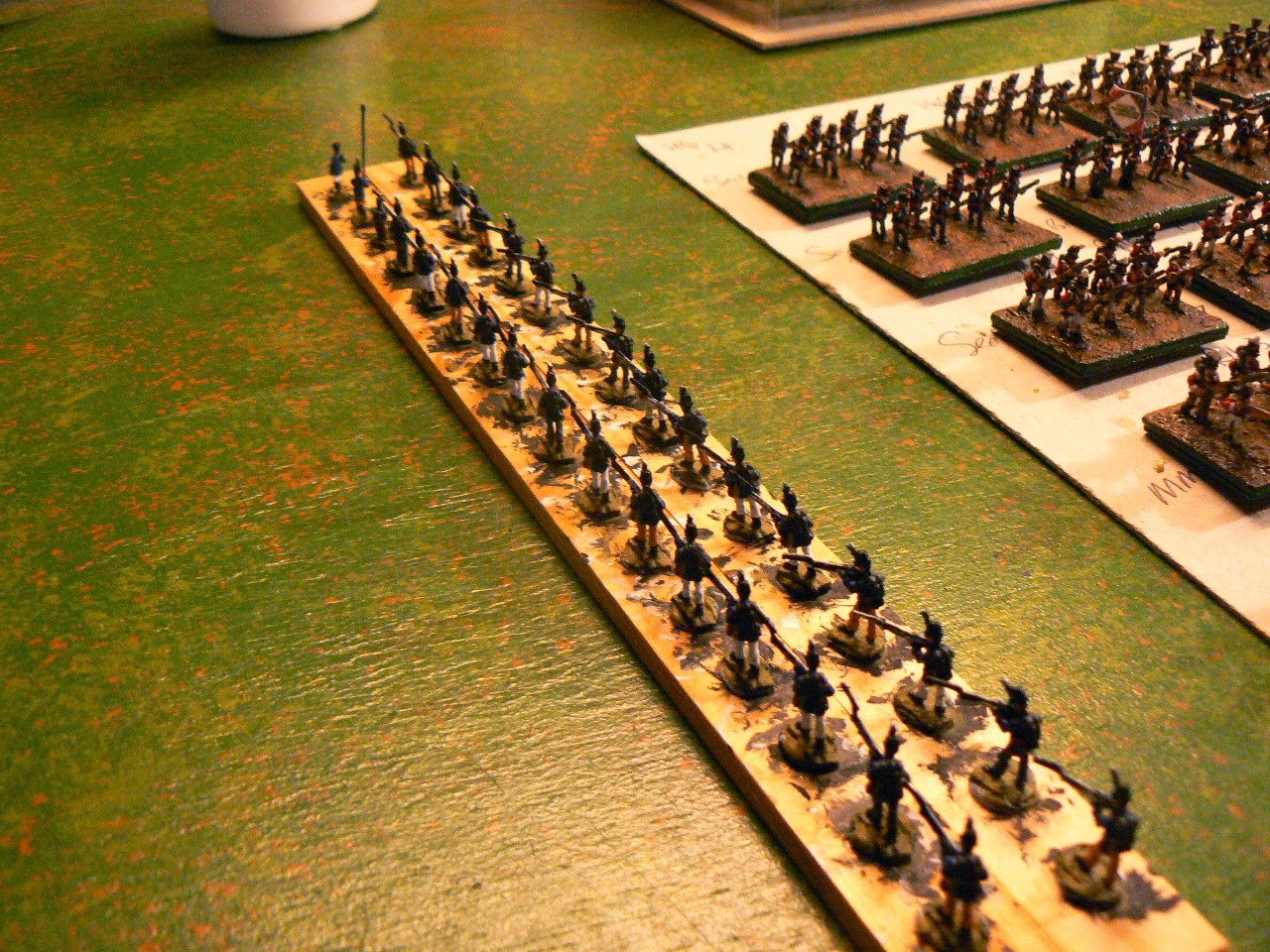 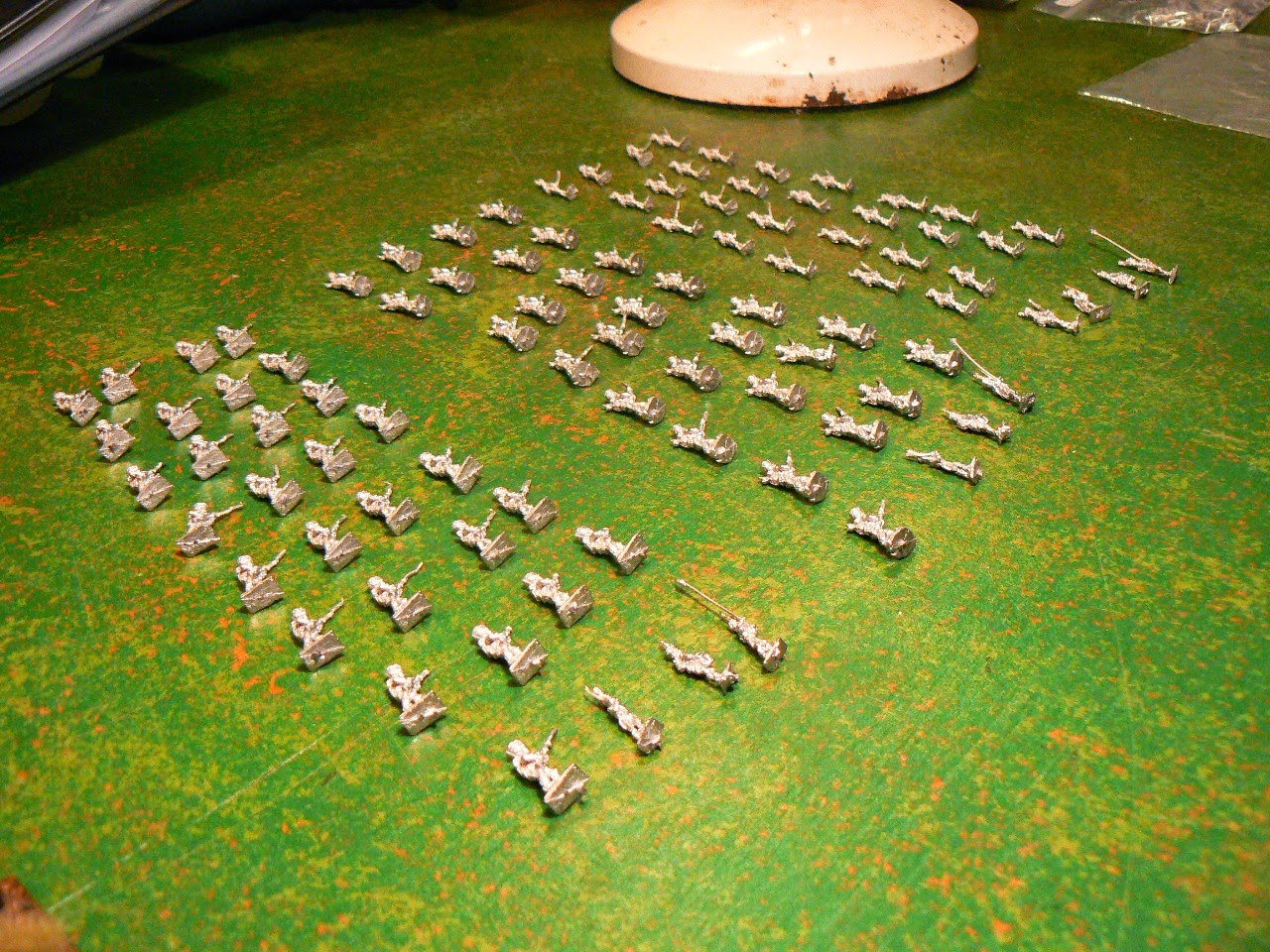 So, there you are, as up-to-date as I can make it.

I have a show up North this weekend and another show in Belgium the following weekend, maybe I'll get a game in thereafter.