So after a weeks work where have I got to?

Four units based and ready for some tufts and static grass but otherwise useable. 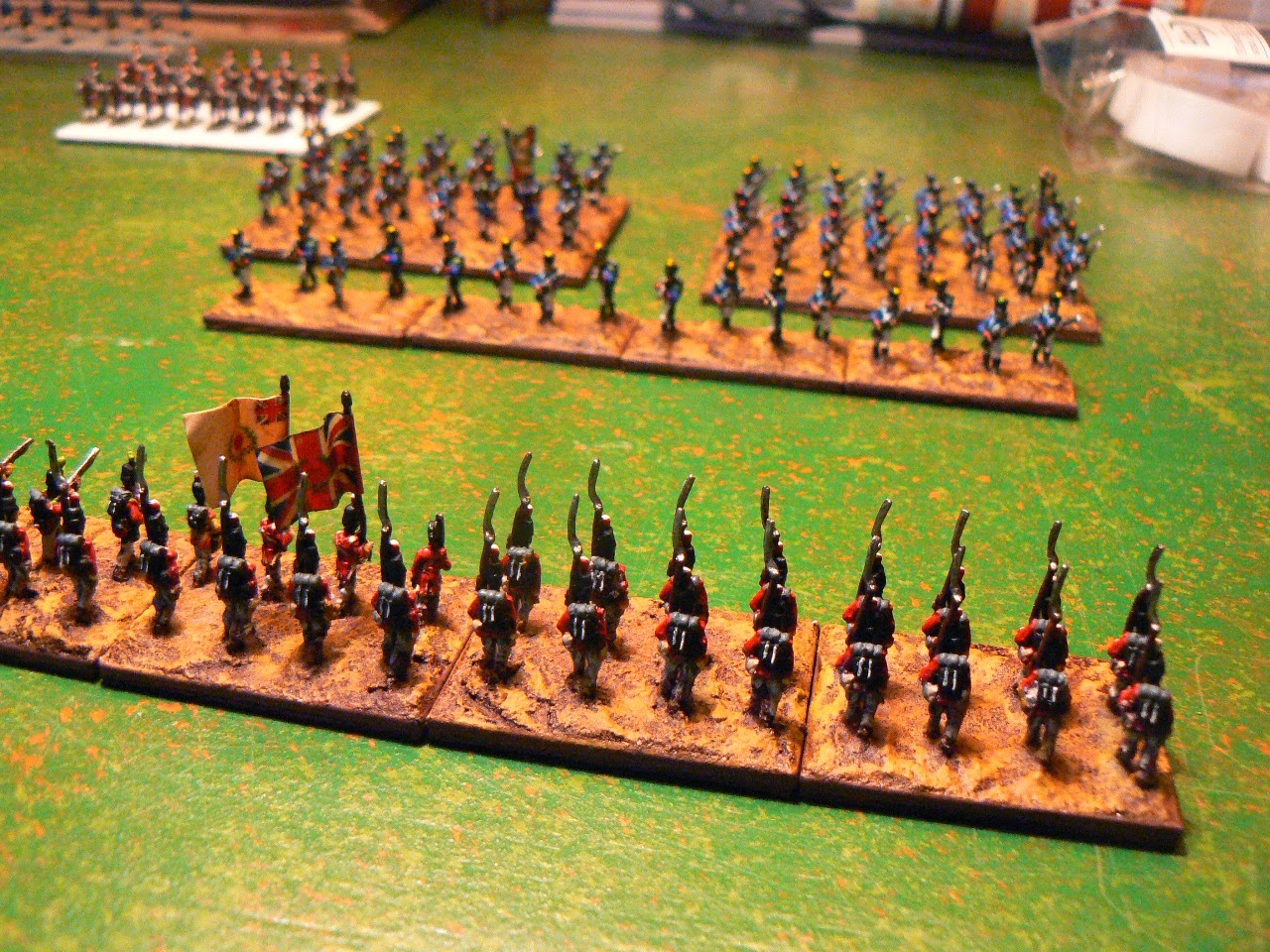 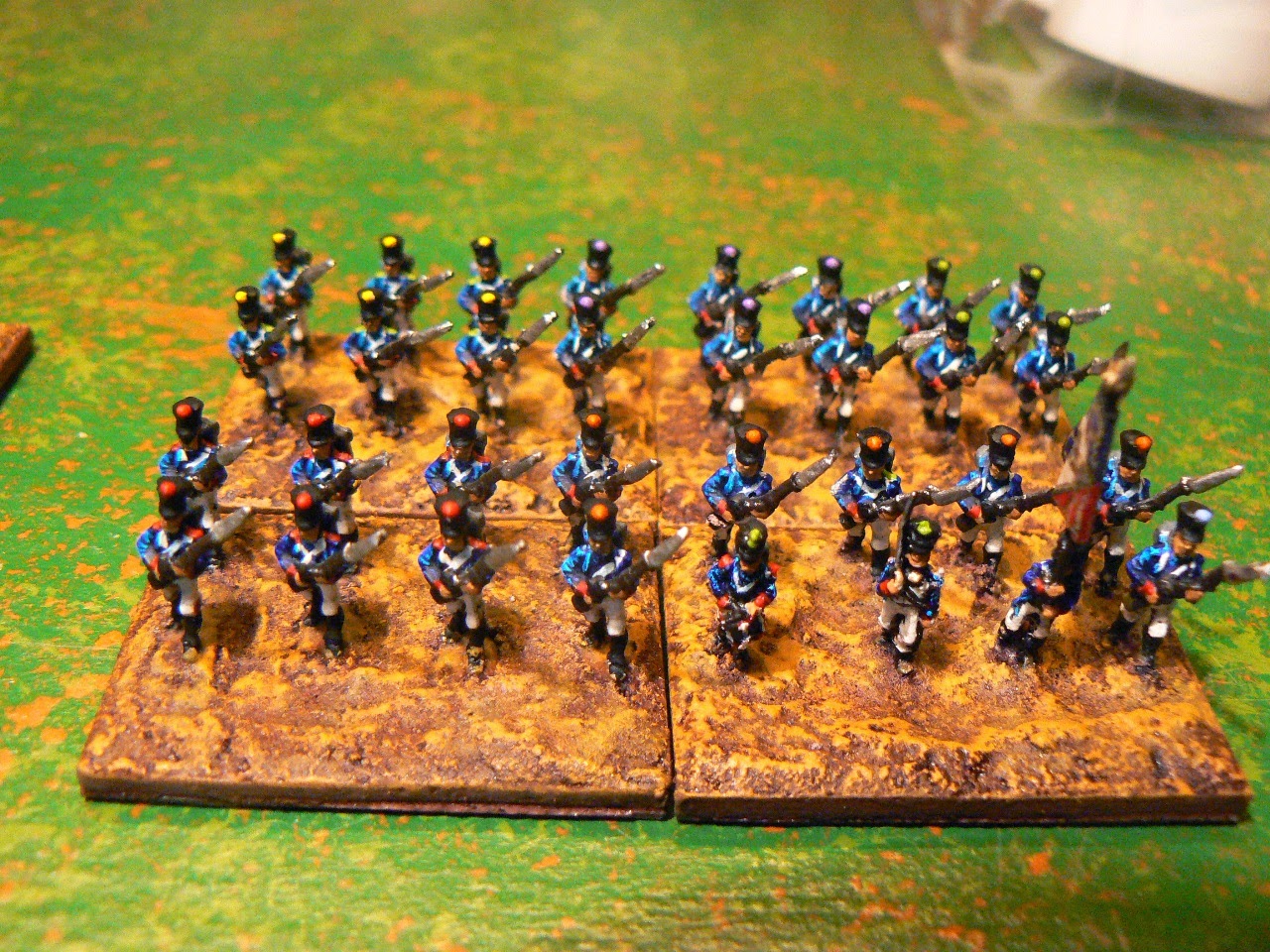 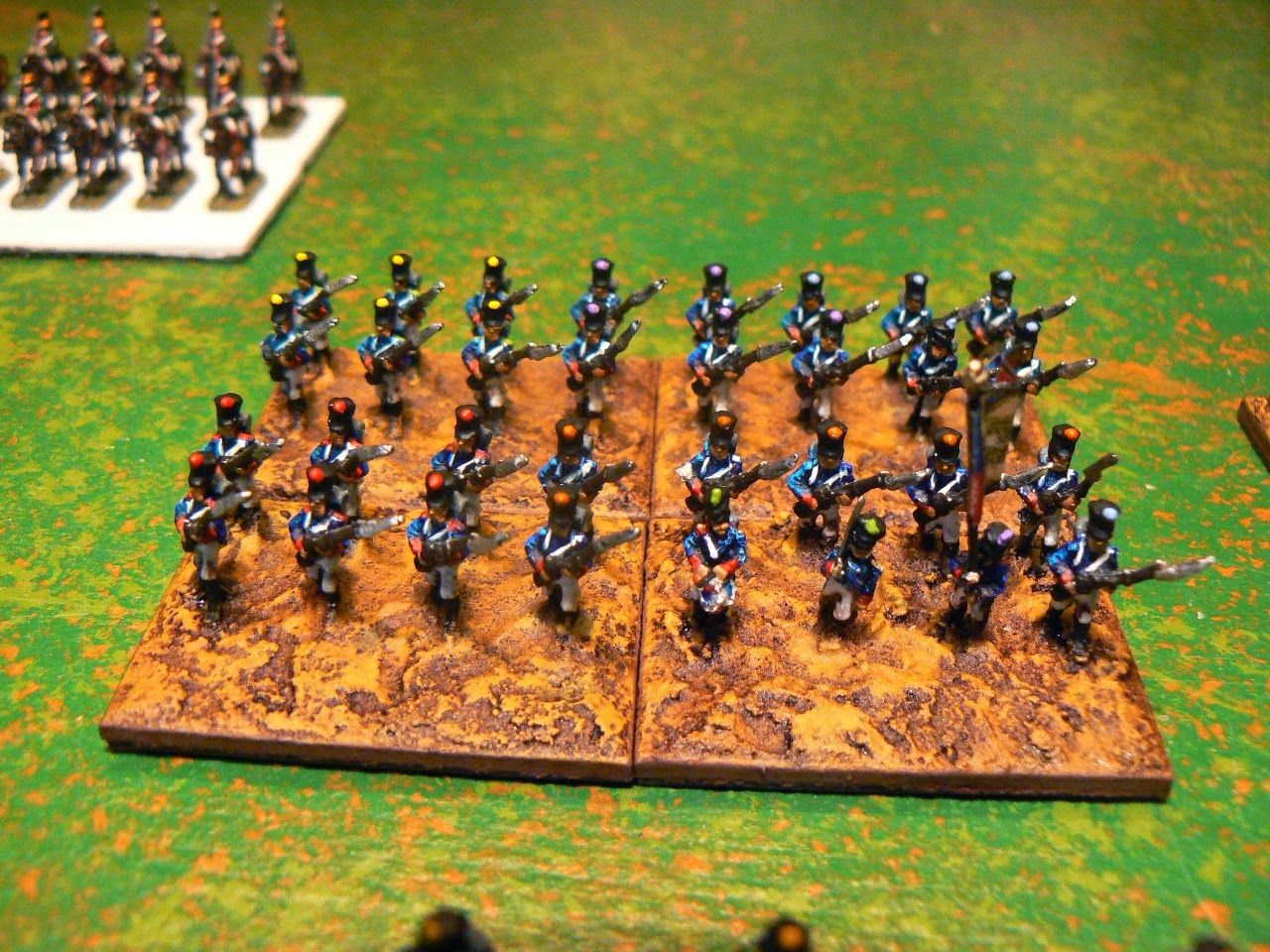 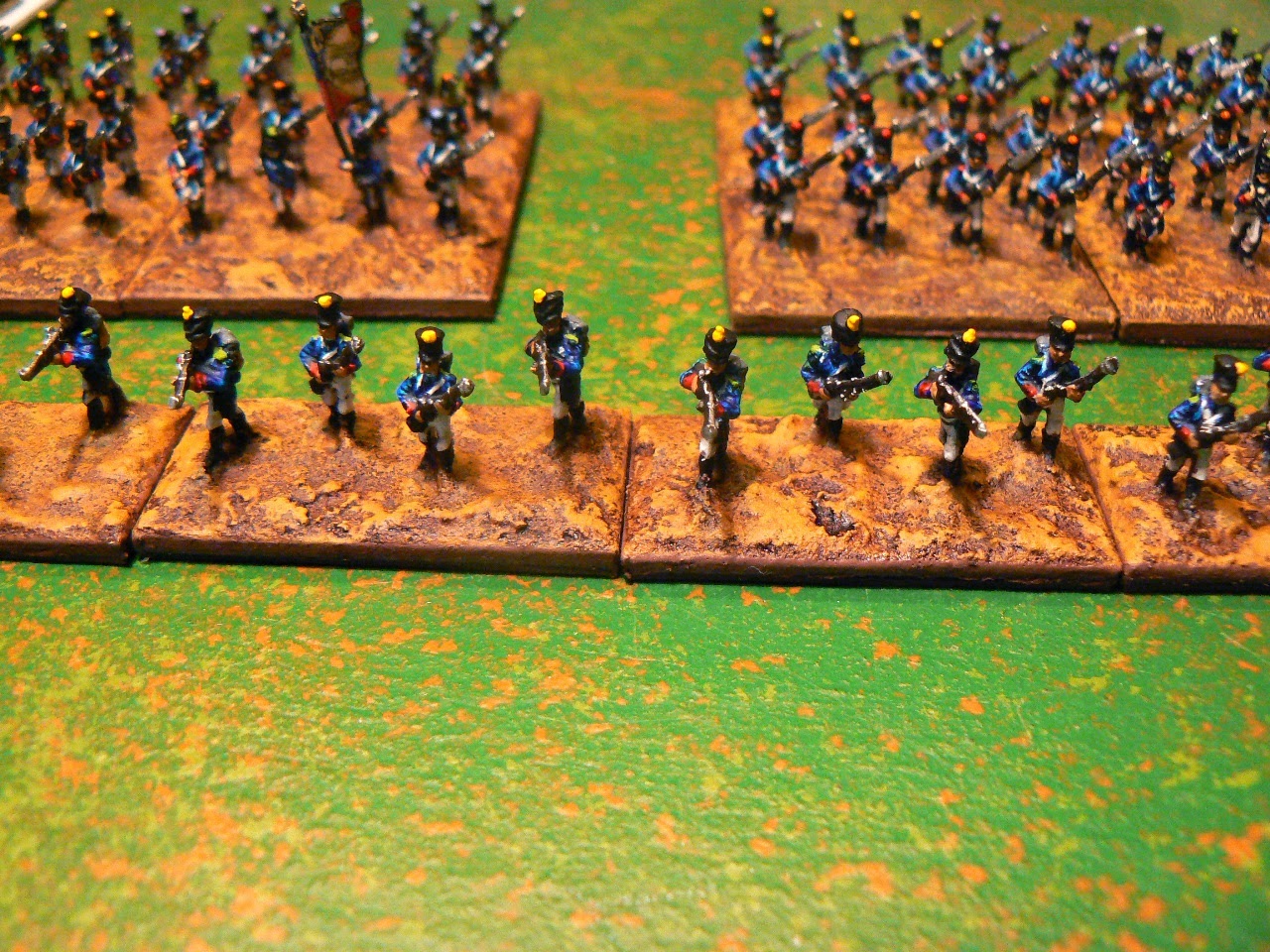 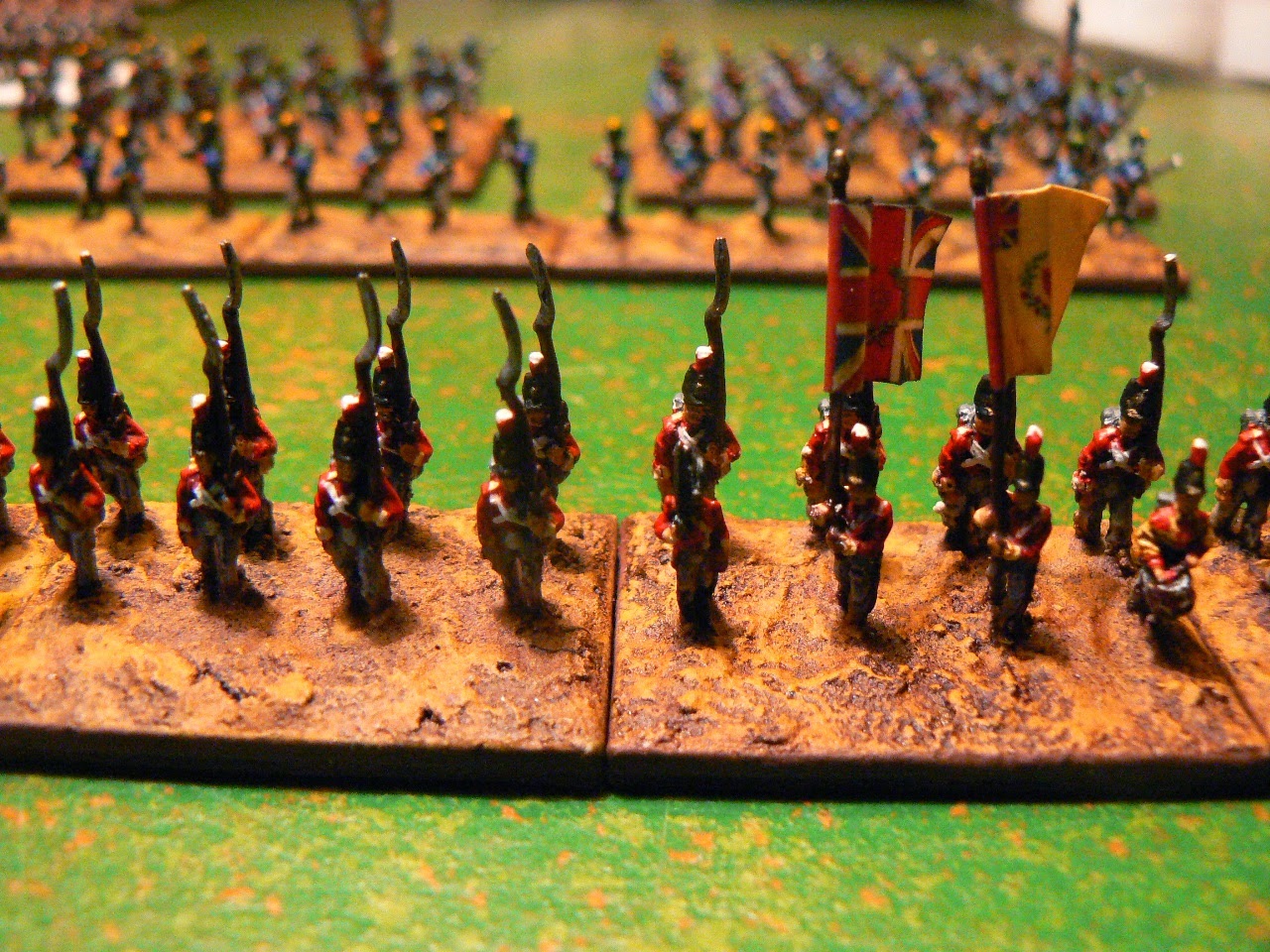 These four units were already painted by my friend so it was just a case of rebasing them.

These French Dragoons were short of a few figures, brought up to strength with some unpainted figures and based ready for texturing. 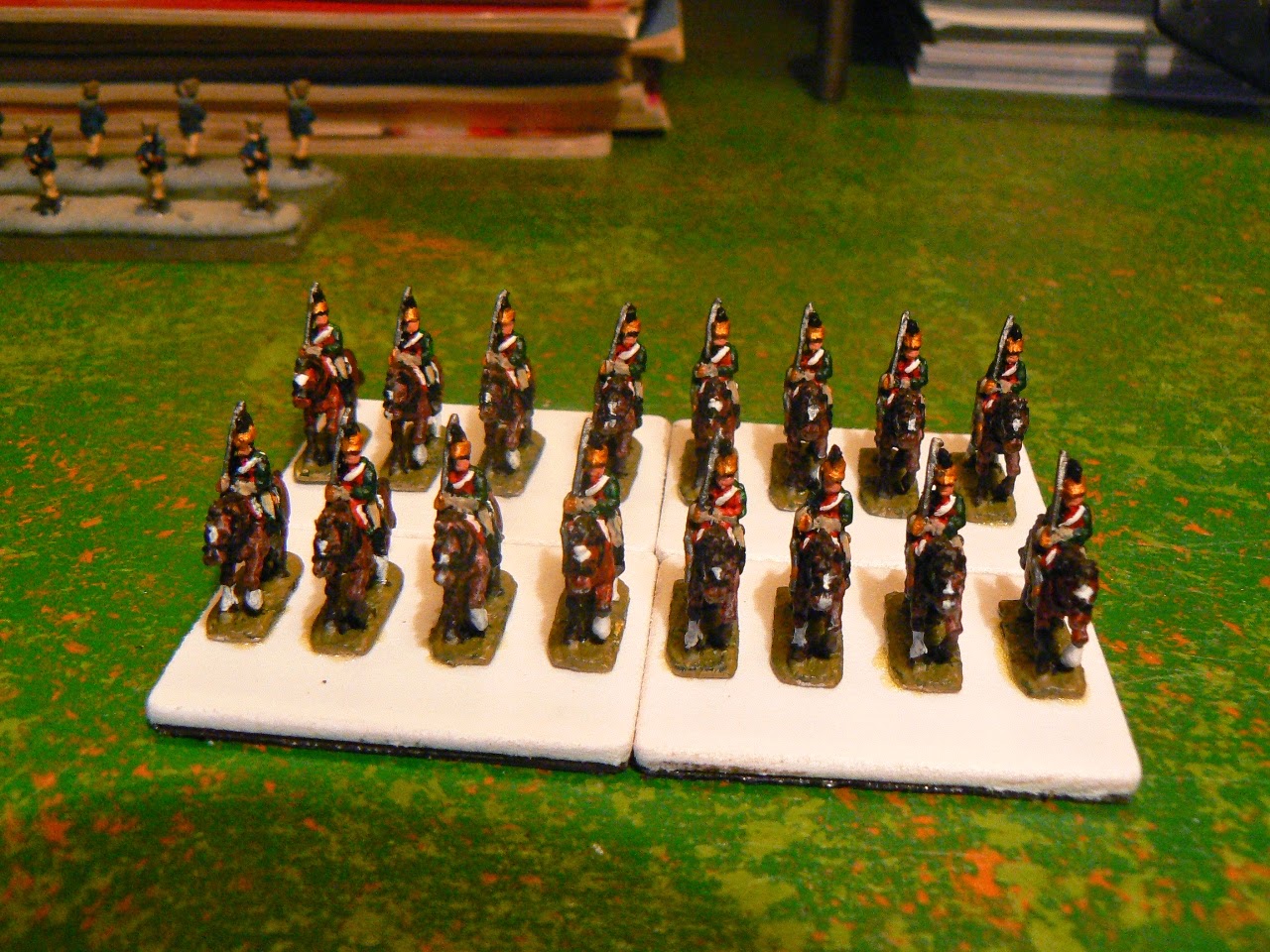 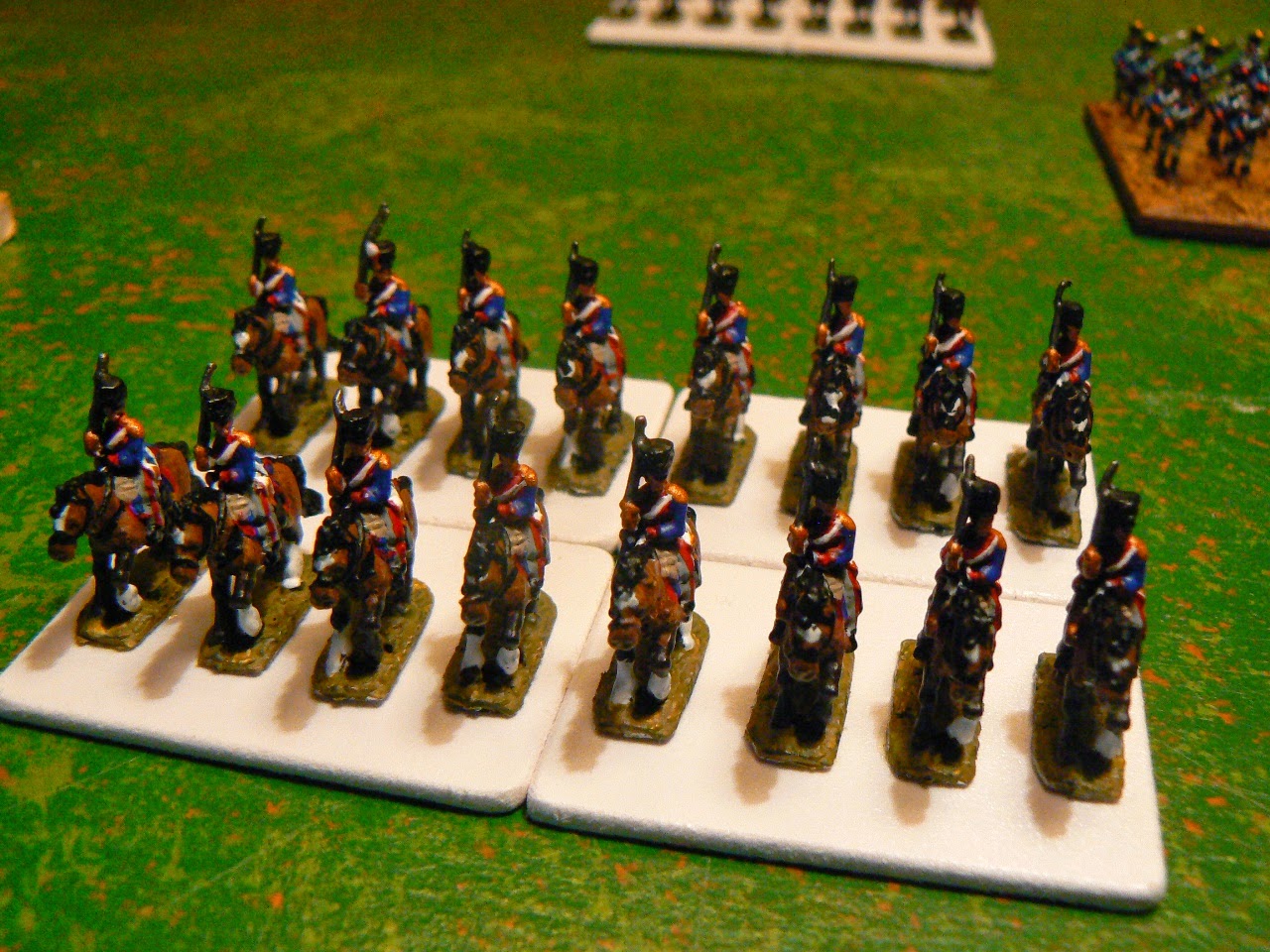 A Rifle unit waiting to be based. 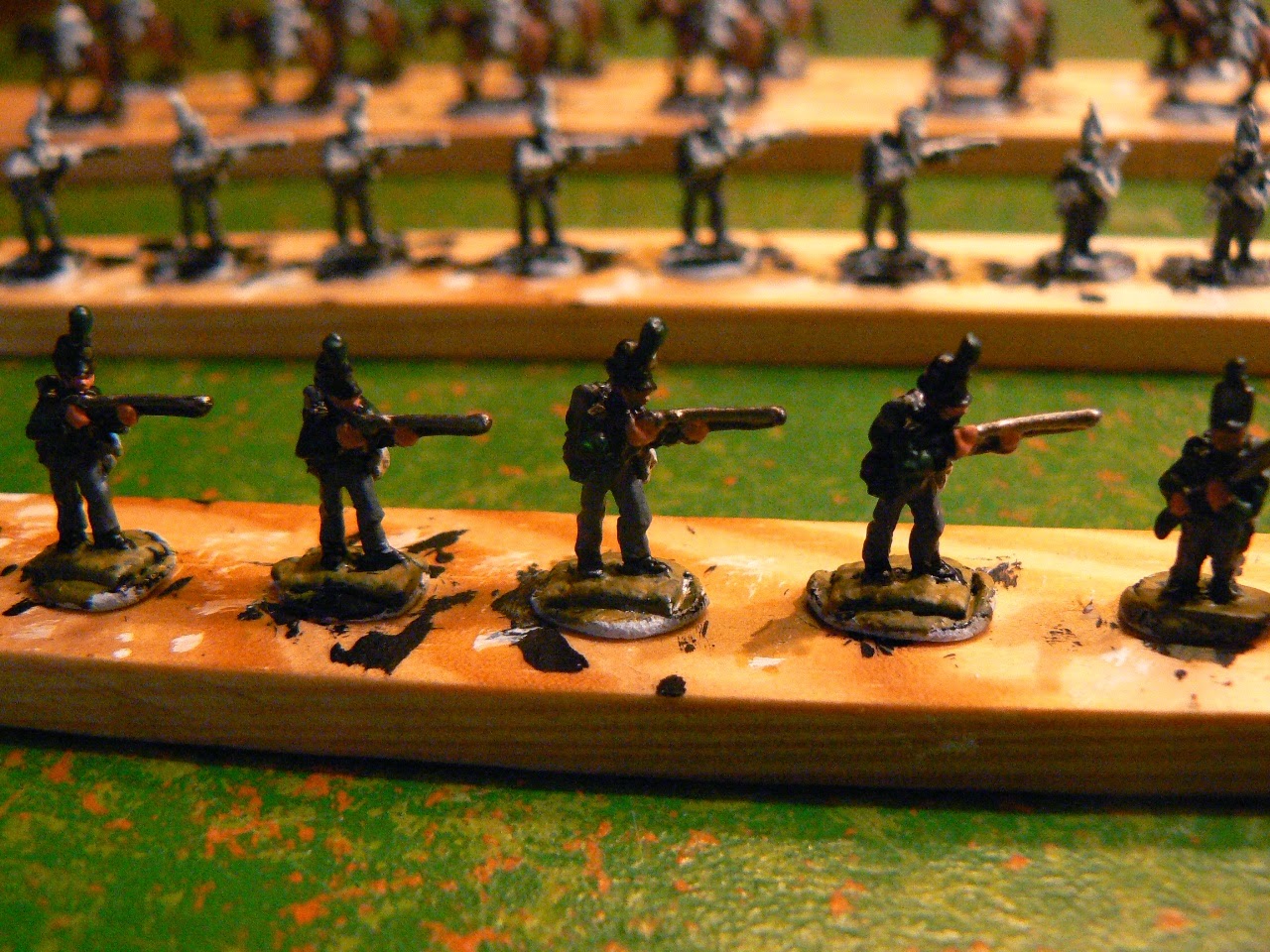 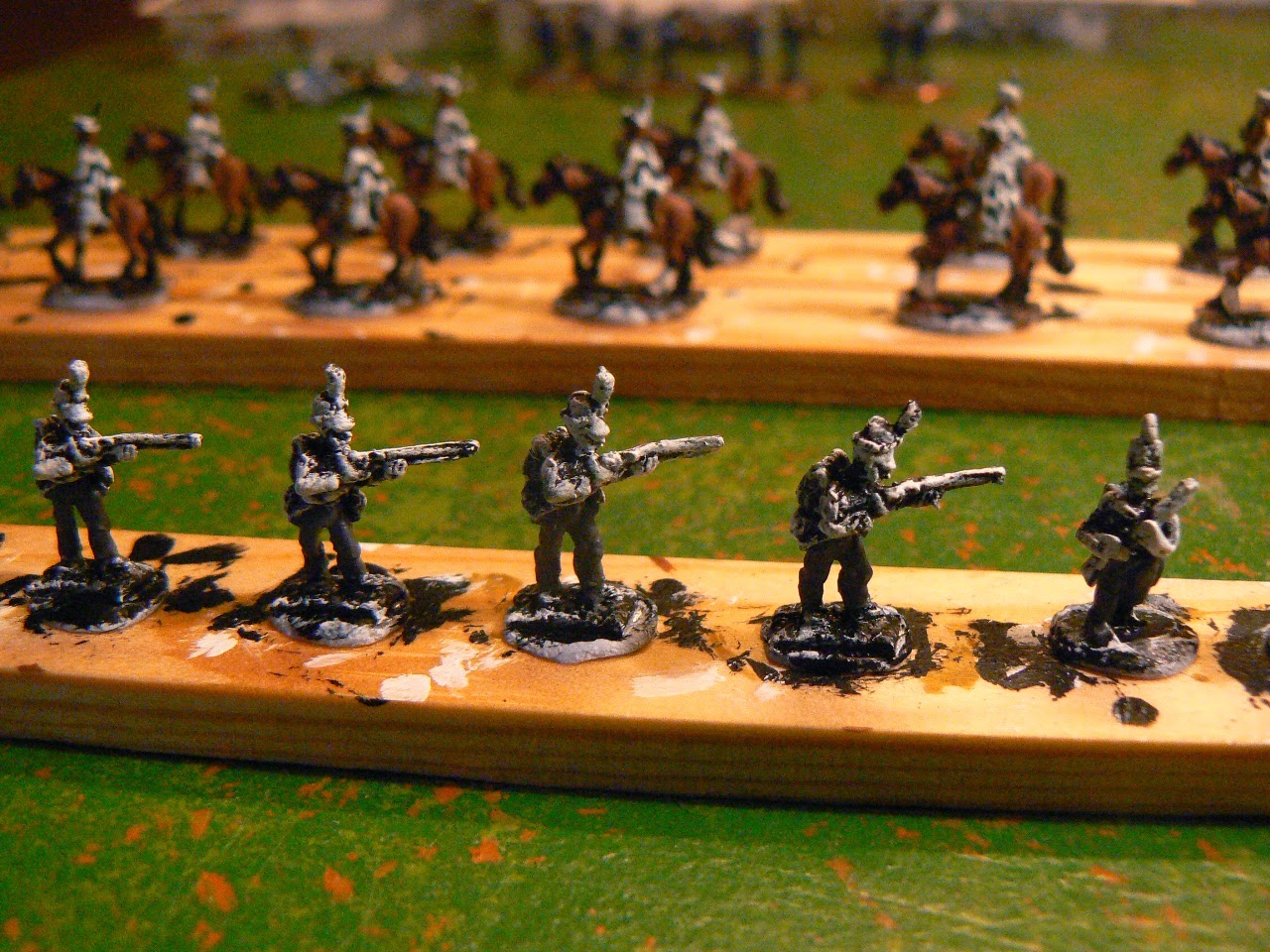 Another unit of British Light Dragoons, half finished. 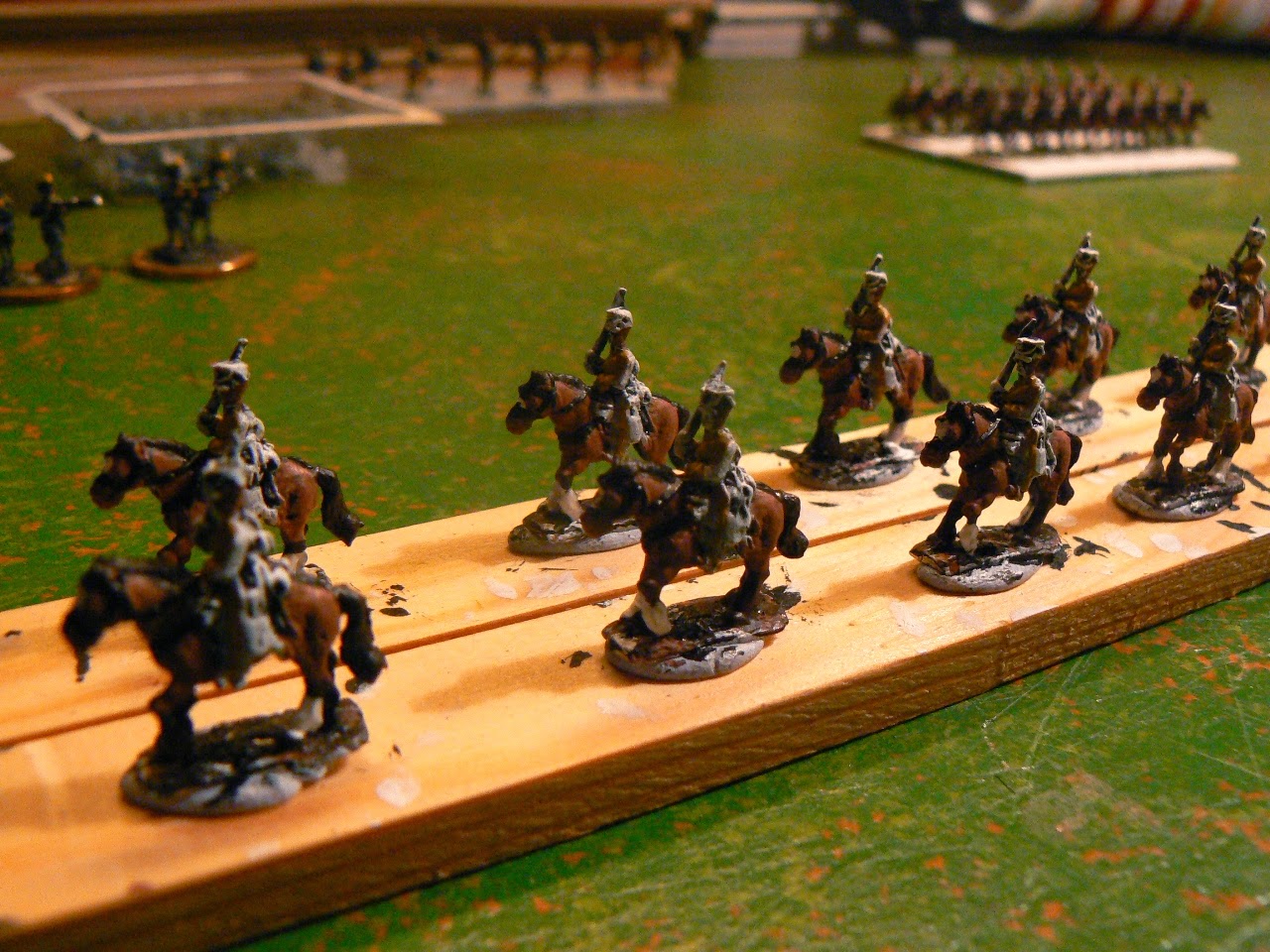 Some odds and ends from the French infantry so far unused. Can I get another skirmish unit from them without repainting too much? A few more wait patiently in reserve. 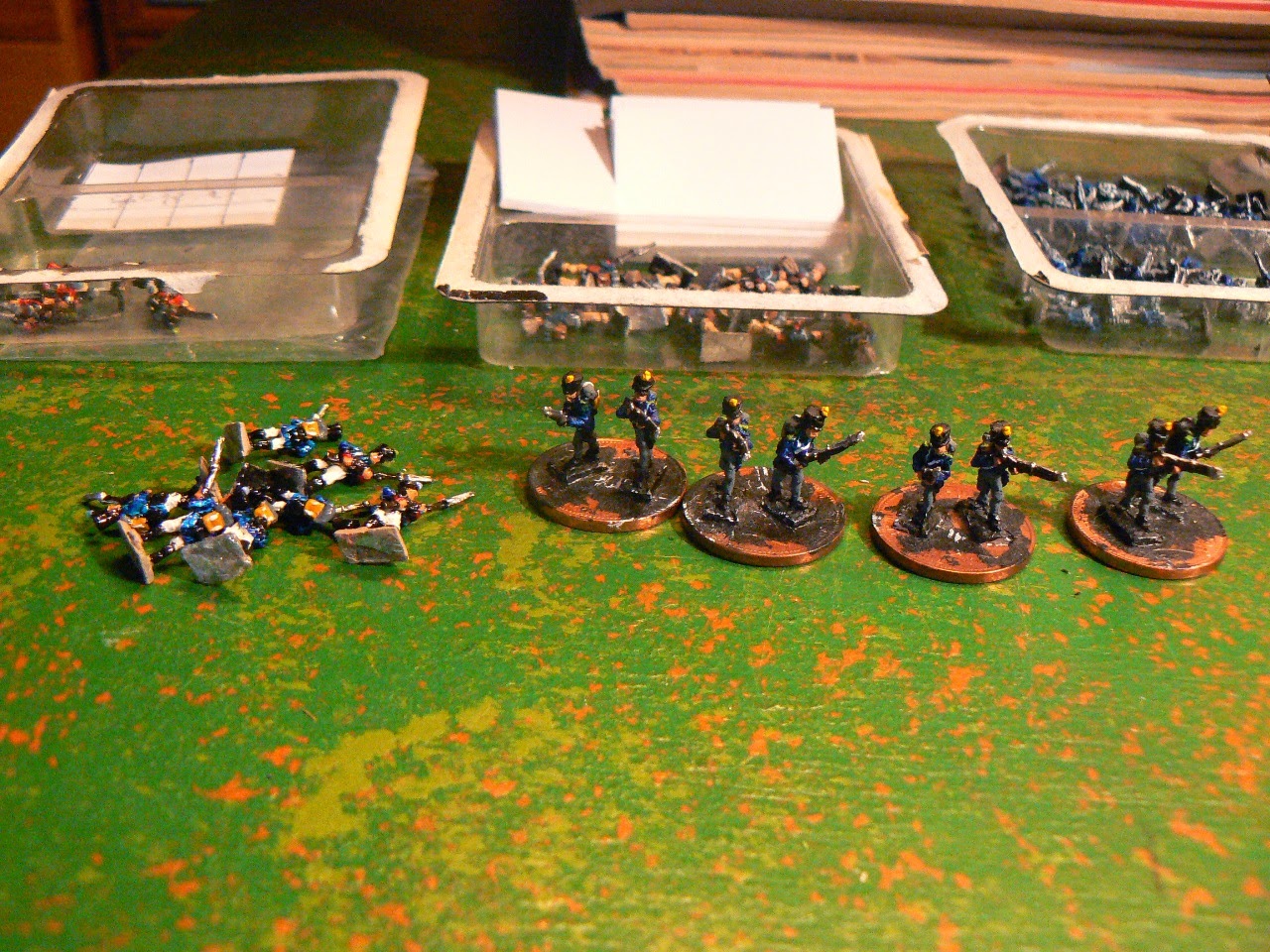 There are still these waiting their turn. 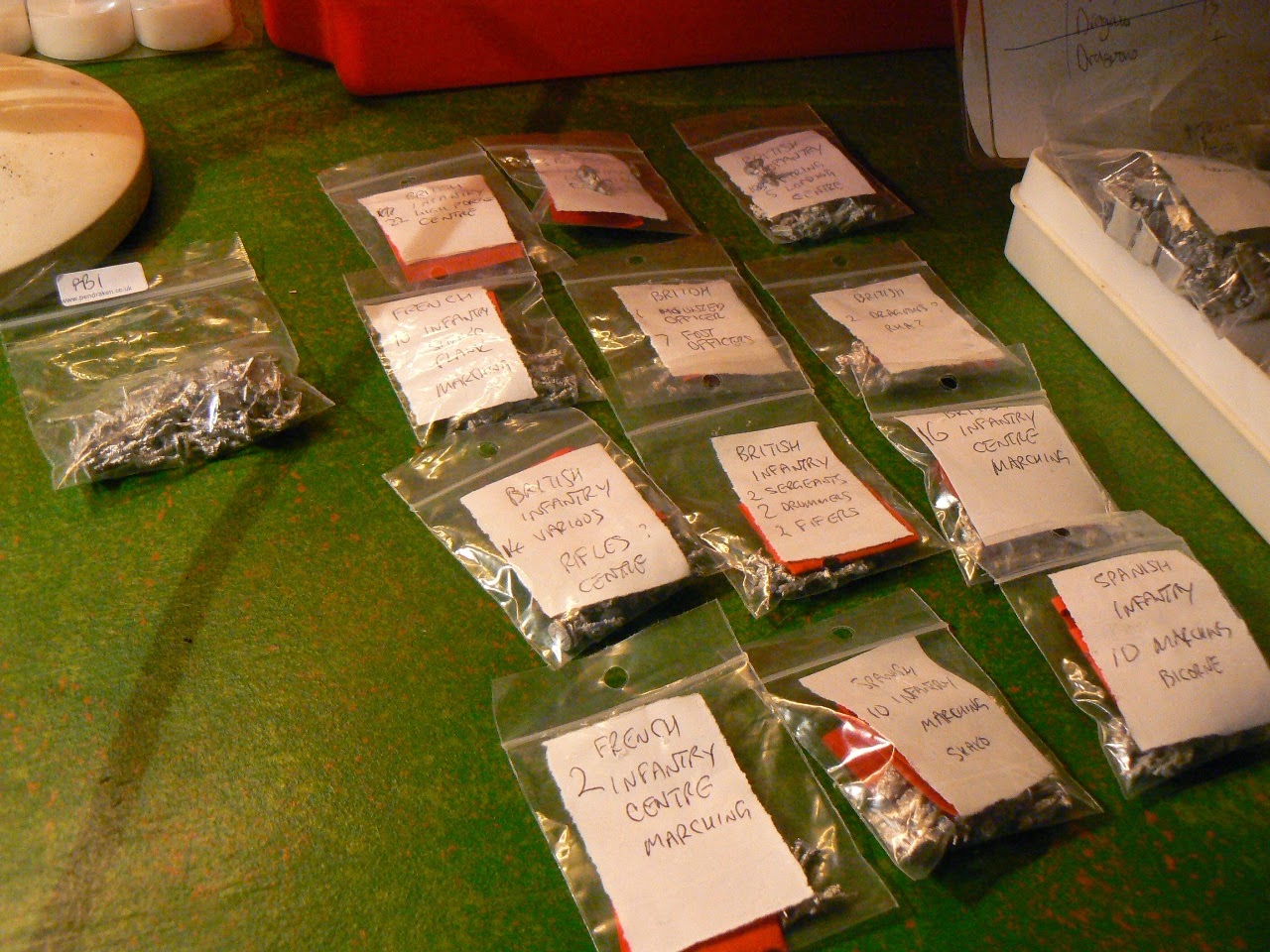 And all these too! 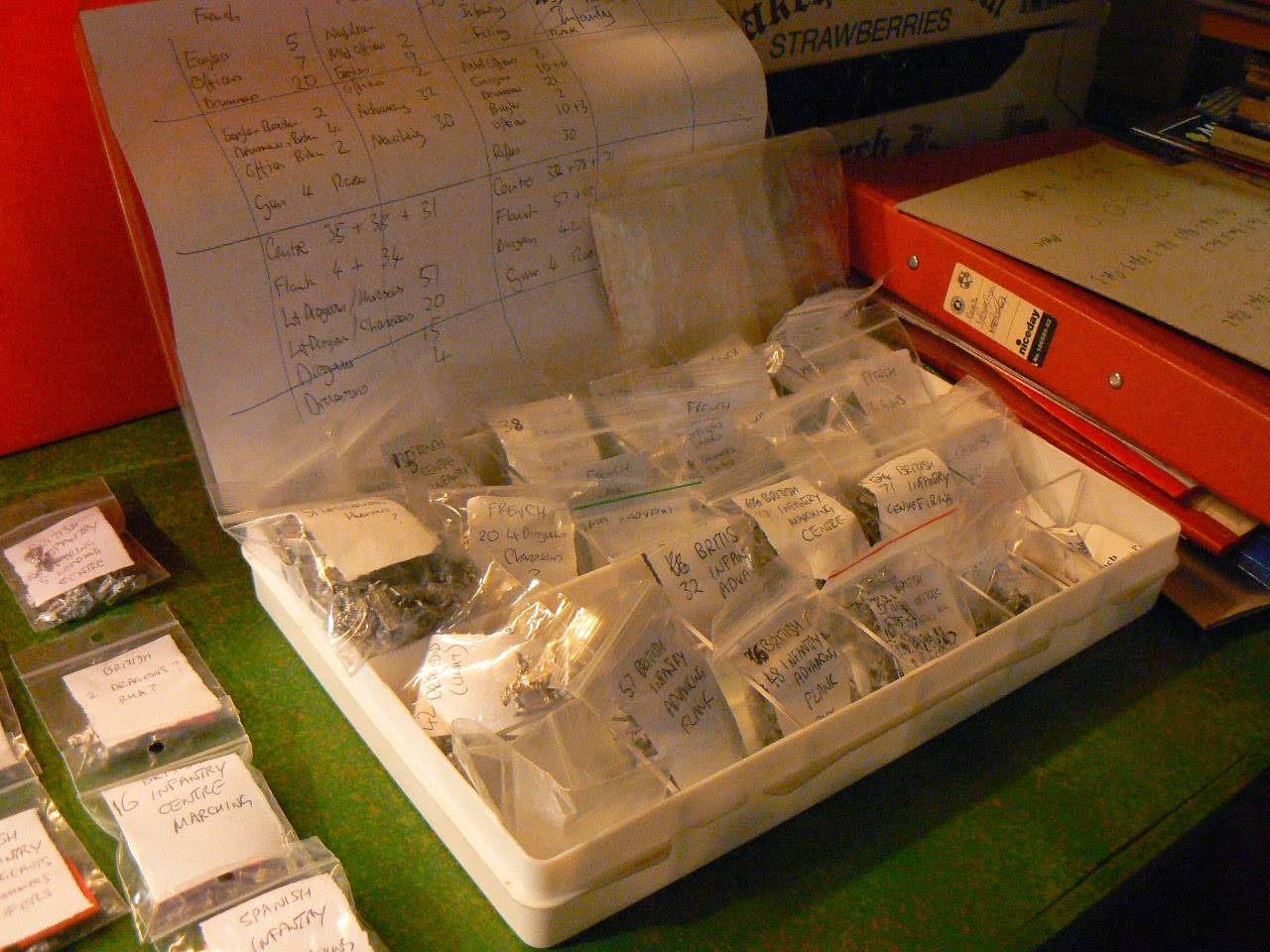 At least my working space has gone up to 3 foot by 2 foot. 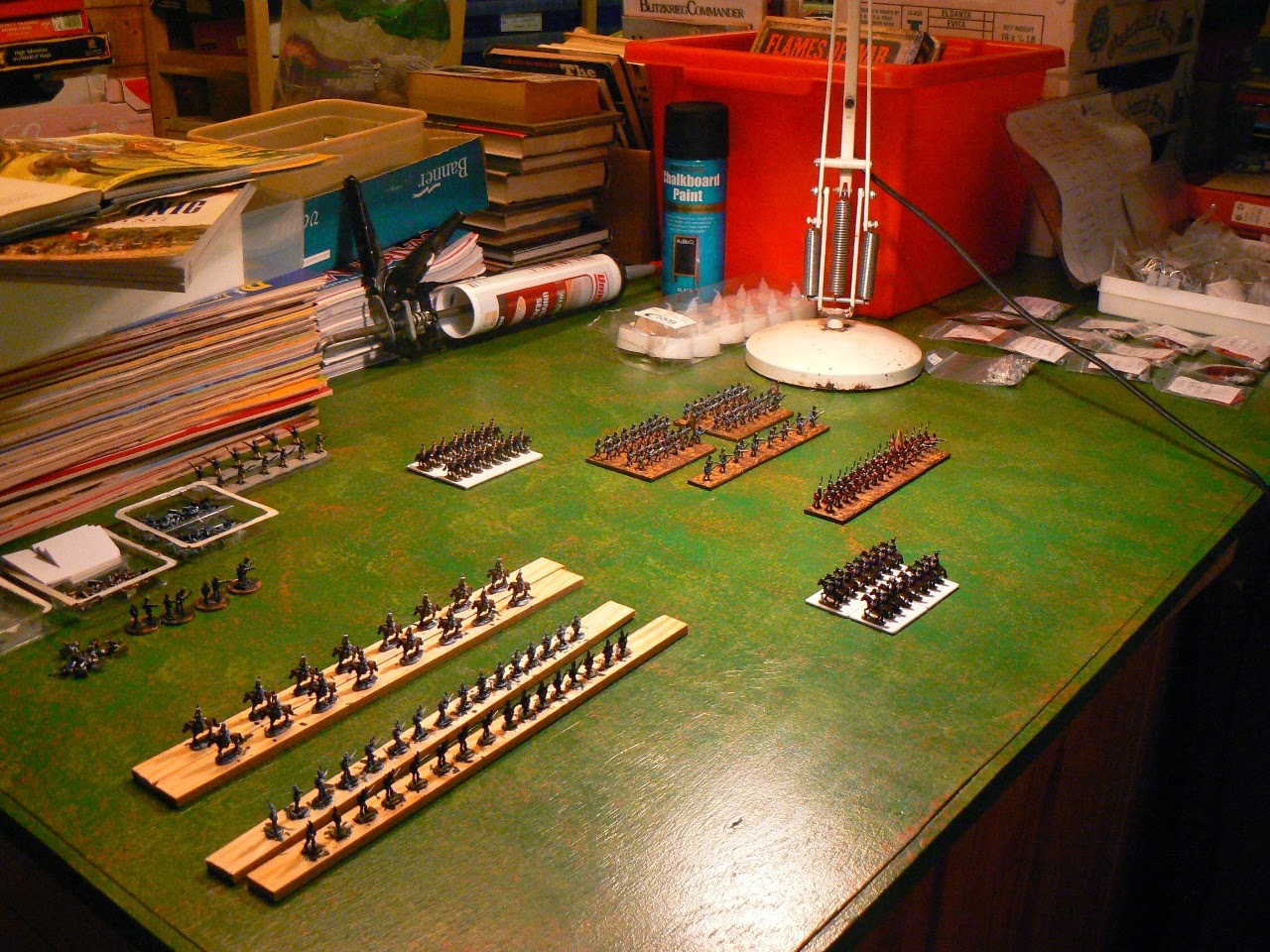 How is my progress?

I need at least 8 units per side to start testing out Neil Thomas' rules. Something like 4-5 Line Infantry, 1-2 Light Infantry, 1-2 Cavalry and 1 Artillery unit so I have some way to go yet.

I would hope to double up these army strengths again or perhaps even more. I need to see how much manoeuvring space armies of these sizes need.