A recent blog post by an old friend reminded me that I had some 25mm Napoleonic Swedish infantry stashed away somewhere. In fact they had been left in a cupboard behind the TV in an open topped box  for at least twenty years. Some of the close up images will show the authentic layers of dust that they have acquired on this greatly un-military service. 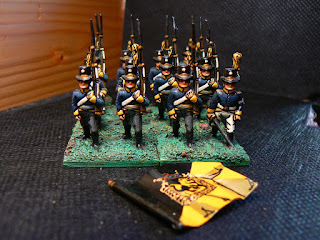 Complete (or should I say incomplete) with hand painted standard and broken flagstaff. A repair will be in the offing. 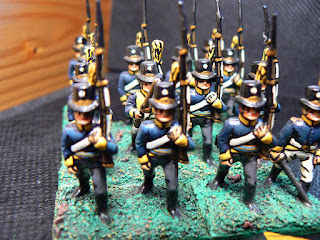 Note the authentic dust around the helmets and the painting style which is a mixture of drybrushing, block painting and black lining. Have a close look at the crest on the helmet, it is tiny yet I seemed to have painted a tiny blue cross approximately 1mm in diameter. 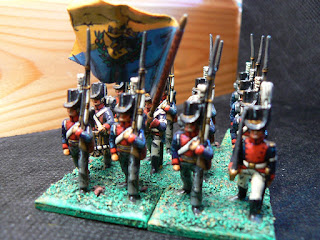 The standards were all painted by hand using sketches made by a wargaming chum. Accurate information was very scarce when I painted these figures (80's?). 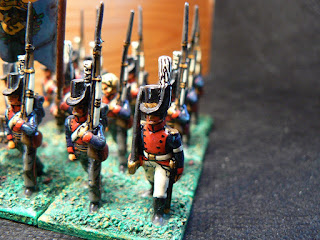 Note the white brassard on the left arm. A mark of respect I understand after a death in the royal family. 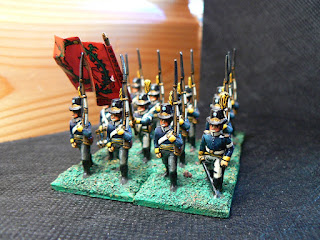 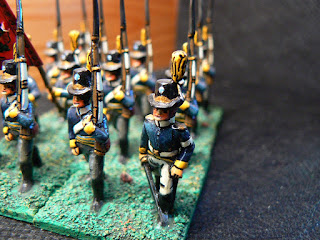 Love these figures. Probably Minifigs 'S' Range, and I think you can still get them. 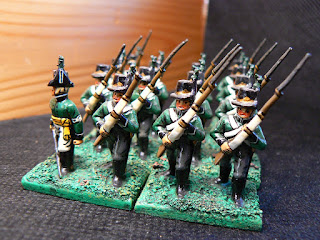 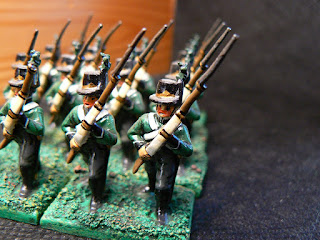 I must have used fairly coarse sand for the bases. 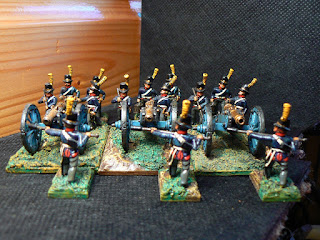 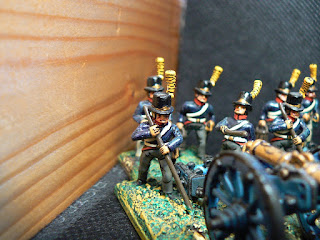 Determined faces on these gunners. 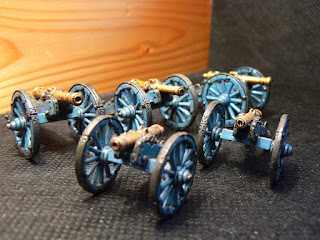 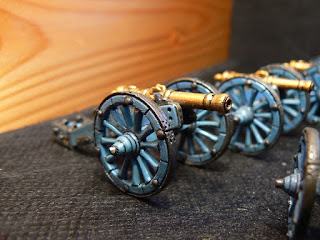 I have 8 pieces altogether, 6 look like 12 pounders and 2 a bit lighter, possibly 6 or 8 pounders. 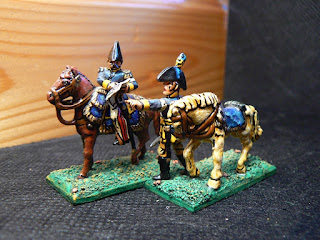 A couple of unnamed officers. It was our style in those days to have Brigadiers of Infantry to be modelled on foot beside their mount. Since I have no cavalry the mounted officer must be a full General. 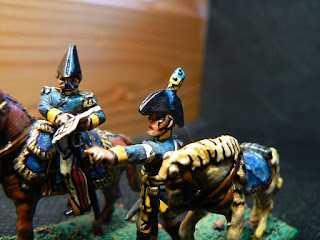 The enemy Sir are that-a-way. 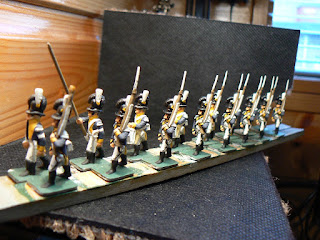 I have an unfinished unit, probably a Life Guard or something like that still on painting sticks. Shouldn't take too much effort to finish them off.

I wonder what to do with them?

Posted by Jim Duncan Wargamer at 22:36