I am the custodian of my club collection of 15mm Peter Laing Crimean War figures.

These figures have lain in boxes for a decade or two but more recently I have been dusting them off (literally) and rebasing them with a view of finding a ruleset to use them with.

Black Powder is a strong possibility as well as a variant of The Portable Wargame by Bob Cordery. 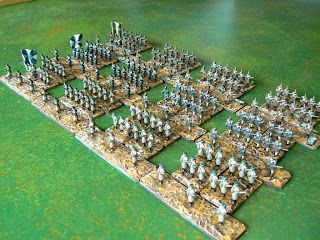 I have rebased some of the figures already. The Regiments Azov, Dneiper and Odessa, 4 battalions each with 4 close order bases and an optional skirmish base. 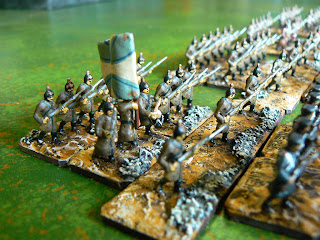 The figures are not painted to a high standard but bear in mind that these are Peter Laing originals from the early 70's and have been painted by an number of regular club members. The basing is more recently done by myself. 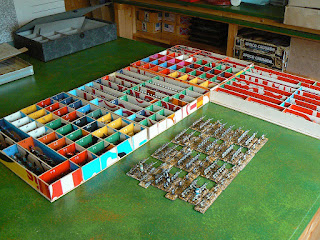 You can clearly see the scale of the collection here, another 4 boxes of closely packed figures still in their original coat of dust. 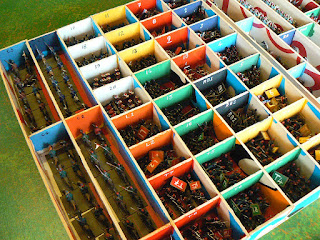 I spy some Cossacks, some Turks, some British and some dastardley French. (Excuse me, the French are on our side Sir, we are fighting the Russians) 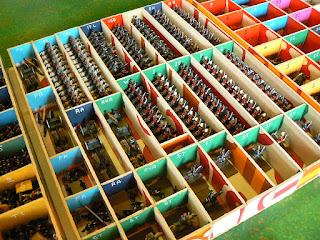 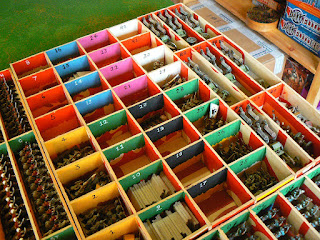 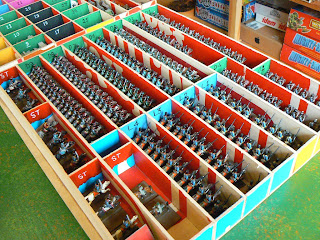 As you can see there is a large amount of rebasing to be done.