I recently finished reading a book entitled Task Force 57 by a Peter C Smith. I knew it would be about the Royal Navy in the Far East towards the end of World War Two. I had no real idea about the scale of effort and was very pleased to find out that it involved the largest British fleet of the whole war. 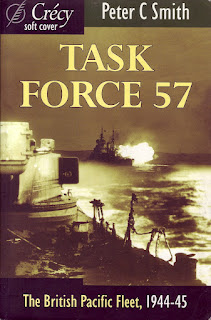 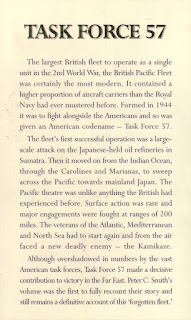 After I had read it I lent to one of my friends. When he returned it to me he gave me a DVD by Roland R Smith to view which covered Task Force 57 or the British Pacific Fleet to give its proper name as well as the East Indies Fleet. 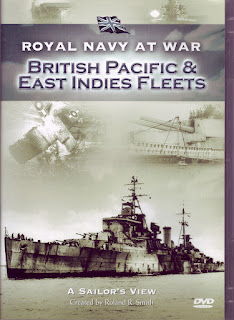 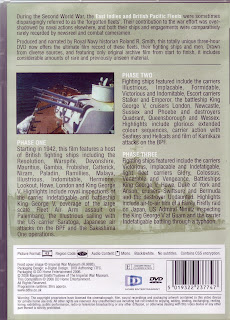 The DVD has a pretty dry commentary but the film clips are second to none, much better than the snippets that are fairly common on TV documentaries. The topics covered were as much of the combats that had cameramen present as well as carrier flyoffs and landings, shore bombardments, refuelling at sea as well as Royal visits. I would highly recommend it for viewing.

As far as I'm concerned it is a 'Forgotten Fleet' no more.

Here's a little story I've heard many times but I've shortened it into a blunt comparison of things that really happened.

American Admiral to the Captain of one of their carriers.

'What's happening since that kamikazi hit you two hours ago'

British Admiral to the Captain of one of their carriers.

'What's happening since that kamikazi hit you two hours ago'

'We've swept it overboard and ranging another strike on deck Sir.

If you don't see the reasoning behind the story I would suggest a bit of research into the carriers of the period as there were some striking differences in their make up.
Posted by Jim Duncan Wargamer at 15:44