Here's a few pictures to demonstrate the warping problem I experienced with my 15 year old Warmaster figures.

The figures here have been glued down with a contact adhesive, probably Bostik or UHU. The left hand base has a very slight warp, not terribly visible but enough to make the base spin on a hard tabletop. When on a cloth covered tabletop it is fine.

The central base is a bit more warped and is developing a crack one third of the way from the left.

The right hand base looks better and it has a bit of Milliput applied. 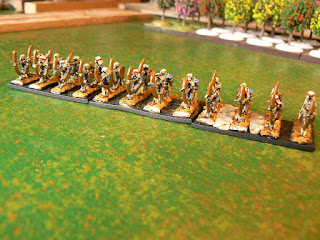 When the figures are removed the warping is even more pronounced. 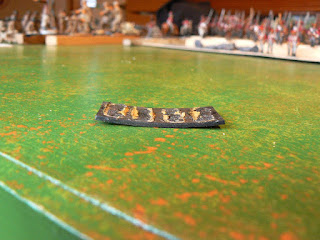 This is the base which is starting to crack. 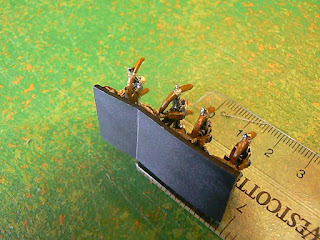 The base nearest the camera had two infantry bases glued lengthwise on it and you can barely detect any warping but there is some across the short edge.

The base on top of the pile had four short bases glued across the short edge and there is distinct warping along the long edge.

I replaced all these bases with thicker plasticard. 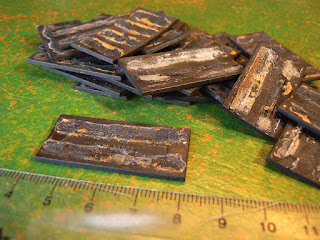 On some of the bases I glued, using a plastic cement, another thin layer of plastic card underneath based with magnetic tape. I left these to dry on a sheet of steel paper and later filled the gap with modelling paste. 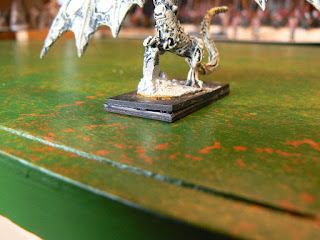 The figures had always been kept in a centrally heated house and had never been exposed to extremes of temperature. I can only imagine that the pull of the drying contact adhesive was stronger than the plastic bases.

Anyway the problem is now solved.

The end results are here:

Posted by Jim Duncan Wargamer at 12:21